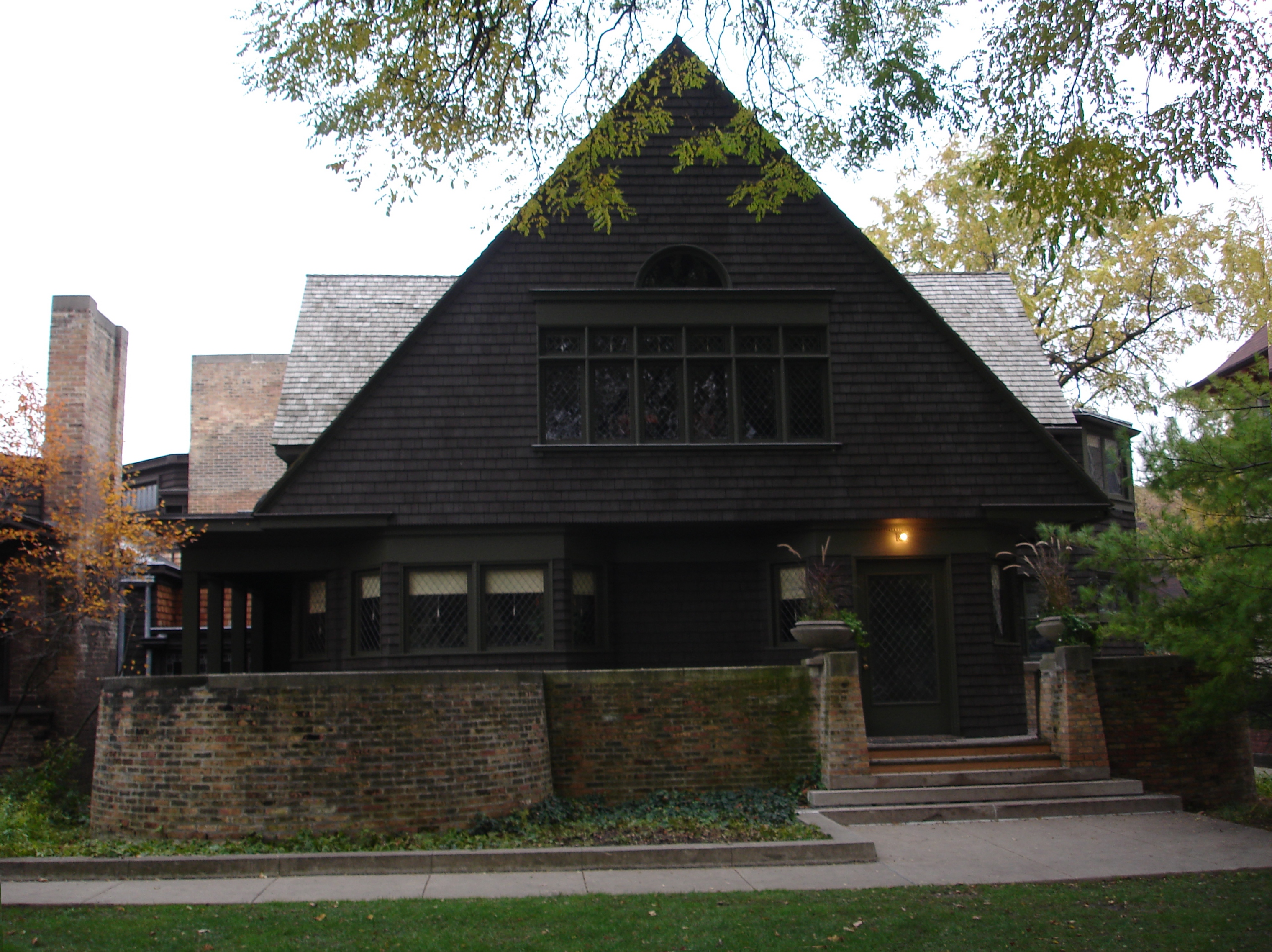 "Frank Lloyd Wright" was an American architect, interior designer, writer, and educator, who designed more than 1,000 structures and completed 532. Wright believed in designing structures that were in harmony with humanity and its environment, a philosophy he called organic architecture. This philosophy was best exemplified by Fallingwater (1935), which has been called "the best all-time work of American architecture". Wright was a leader of the Prairie School movement of architecture and developed the concept of the Usonian home, his unique vision for urban planning in the United States.

His work includes original and innovative examples of many building types, including offices, churches, schools, skyscrapers, hotels, and museums. Wright also designed many of the interior elements of his buildings, such as the furniture and stained glass. Wright wrote 20 books and many articles and was a popular lecturer in the United States and in Europe. His colorful personal life often made headlines, most notably for the 1914 fire and murders at his Taliesin (studio)/Taliesin studio. Already well known during his lifetime, Wright was recognized in 1991 by the American Institute of Architects as "the greatest American architect of all time".

If you enjoy these quotes, be sure to check out other famous architects! More Frank Lloyd Wright on Wikipedia.

An idea is salvation by imagination.

The space within becomes the reality of the building.

The longer I live the more beautiful life becomes. If you foolishly ignore beauty, you will soon find yourself without it. Your life will be impoverished. But if you invest in beauty, it will remain with you all the days of your life.

TV is chewing gum for the eyes.

I believe in God, only I spell it Nature.

Turn the world over on its side and everything loose will land in Los Angeles.

"Think simple" as my old master used to say - meaning reduce the whole of its parts into the simplest terms, getting back to first principles.

The longer I live the more beautiful life becomes.

Give me the luxuries of life and I will willingly do without the necessities.

The truth is more important than the facts.

The thing always happens that you really believe in; and the belief in a thing makes it happen.

Freedom is from within.

Youth is a quality, not a matter of circumstances.

A doctor can bury his mistakes but an architect can only advise his client to plant vines.

Early in life I had to choose between honest arrogance and hypocritical humility. I chose the former and have seen no reason to change.

Form follows function-that has been misunderstood. Form and function should be one, joined in a spiritual union.

The physician can bury his mistakes, but the architect can only advise his client to plant vines - so they should go as far as possible from home to build their first buildings.

The architect should strive continually to simplify; the ensemble of the rooms should then be carefully considered that comfort and utility may go hand in hand with beauty.