"Florence Nightingale", Order of Merit (Commonwealth)/OM, Royal Red Cross/RRC (; 12 May 1820 – 13 August 1910) was a celebrated English social reformer and statistician, and the founder of modern nursing. She came to prominence while serving as a manager of nurses trained by her during the Crimean War, where she organised the tending to wounded soldiers. She gave nursing a highly favourable reputation and became an icon of Victorian culture, especially in the persona of "The Lady with the Lamp" making rounds of wounded soldiers at night.

If you enjoy these quotes, be sure to check out other famous activists! More Florence Nightingale on Wikipedia.

You ask me why I do not write something....I think one's feelings waste themselves in words, they ought all to be distilled into actions and into actions which bring results.

Hospitals are only an intermediate stage of civilization. 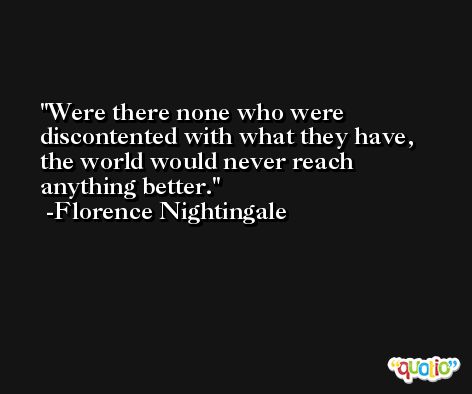 It may seem a strange principle to enunciate as the very first requirement in a hospital that it should do the sick no harm.

There is no part of my life, upon which I can look back without pain. 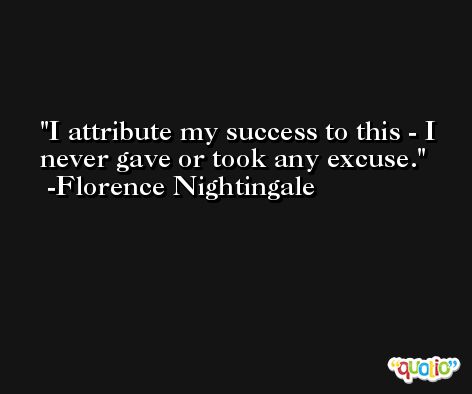 To understand God's thoughts we must study statistics, for these are the measure of His purpose.

Apprehension, uncertainty, waiting, expectation, fear of surprise, do a patient more harm than any exertion. 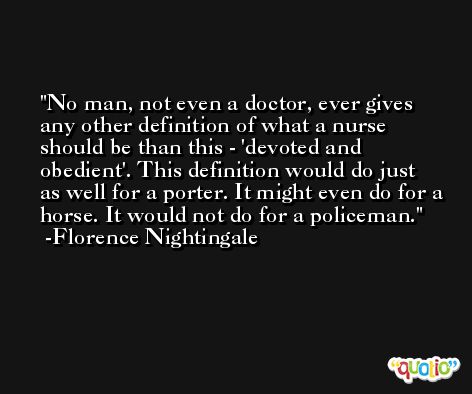 How very little can be done under the spirit of fear.