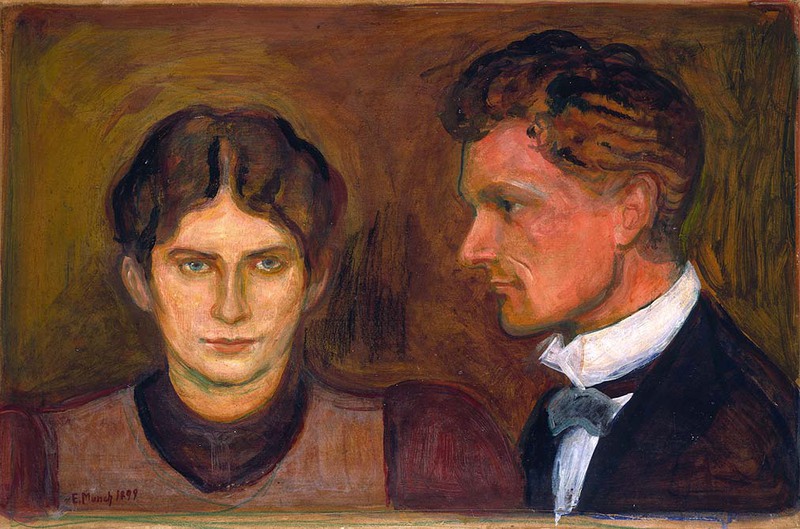 "Edvard Munch" was a Norwegians/Norwegian painting/painter and printmaker whose intensely evocative treatment of psychological themes built upon some of the main tenets of late 19th-century Symbolism (arts)/Symbolism and greatly influenced German Expressionism in the early 20th century. One of his most well-known works is The Scream of 1893.

Your face encompasses the beauty of the whole earth. Your lips, as red as ripening fruit, gently part as if in pain. It is the smile of a corpse. Now the hand of death touches life. The chain is forged that links the thousand families that are dead to the thousand generations to come.

Without fear and illness, I could never have accomplished all I have. 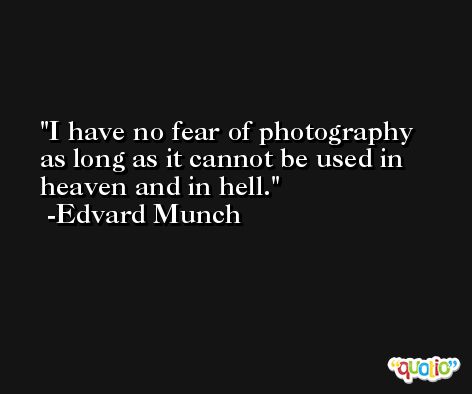 Nature is not only all that is visible to the eye.. it also includes the inner pictures of the soul.

We're still hopeful, but we are no longer that confident. The chances of finding the paintings diminish with time and already a lot of time has passed. 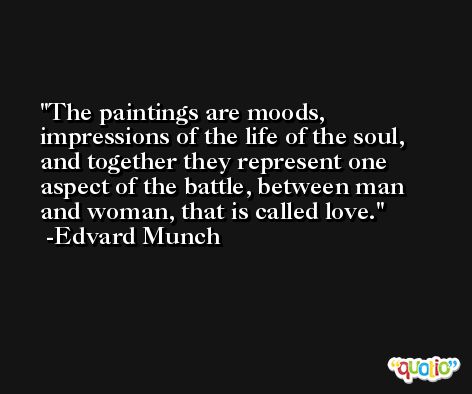