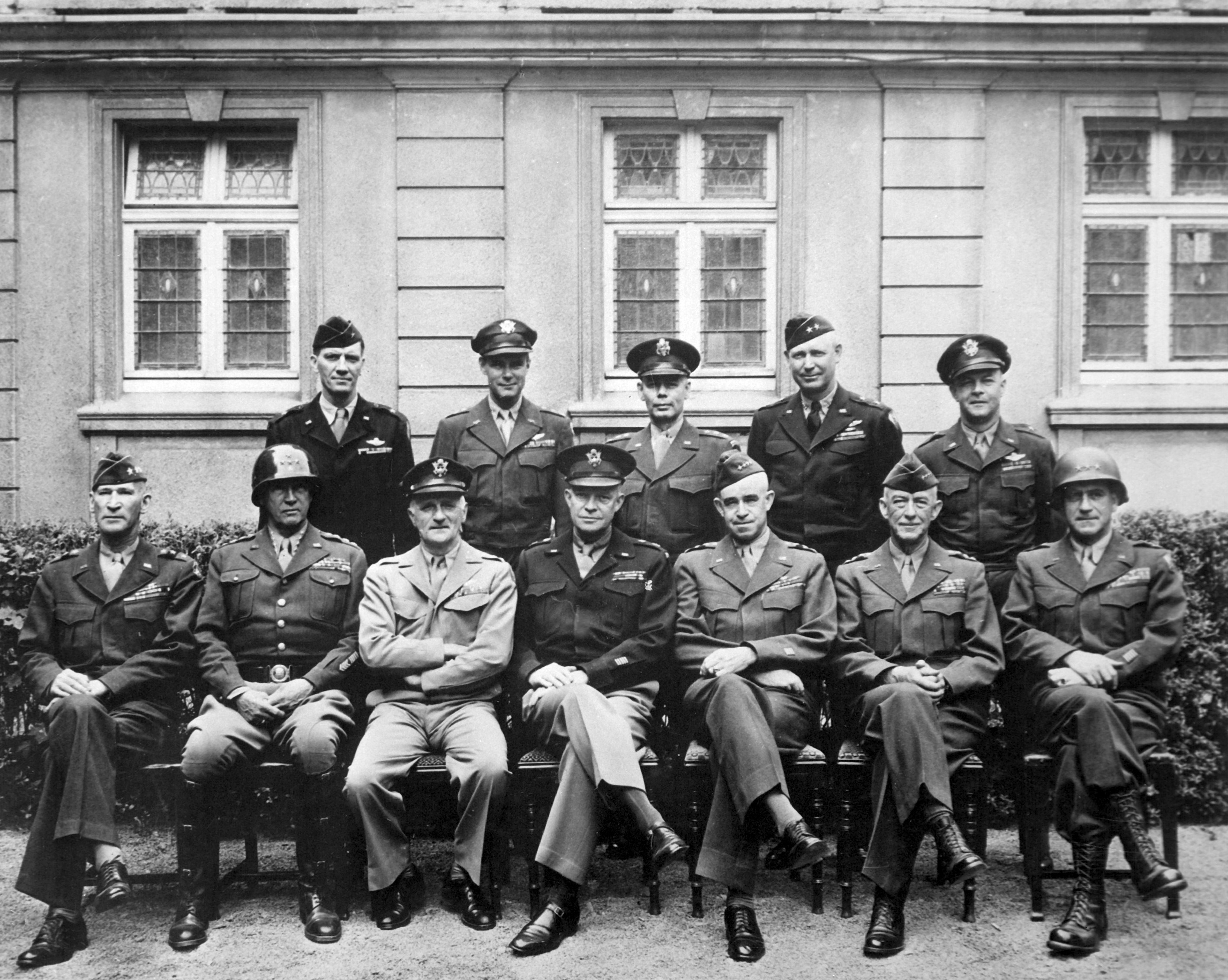 "Dwight David" ""Ike"" "Eisenhower" was the List of Presidents of the United States/34th President of the United States from 1953 until 1961. He was a General of the Army (United States)/five-star general in the United States Army during World War II and served as Supreme Commander of the Allied Expeditionary Force/Supreme Commander of the Allies of World War II/Allied Forces in Europe; he had responsibility for planning and supervising the invasion of North Africa in Operation Torch in 1942–43 and the successful Invasion of Normandy/invasion of France and Drive to the Siegfried Line/Germany in 1944–45 from the Western Front (World War II)/Western Front. In 1951, he became the first Supreme Allied Commander Europe/supreme commander of NATO. He was the last U.S. President to have been born in the 19th century.

Eisenhower was of Pennsylvania Dutch ancestry and was raised in a large family in Kansas by parents with a strong religious background. He attended and graduated from The United States Military Academy/West Point and later married and had two sons. After World War II, Eisenhower served as Army Chief of Staff under President Harry S. Truman then assumed the post of President at Columbia University.

If you enjoy these quotes, be sure to check out other famous presidents! More Dwight D. Eisenhower on Wikipedia.

I like to believe that people in the long run are going to do more to promote peace than our governments. Indeed, I think that people want peace so much that one of these days governments had better get out of the way and let them have it.

Though force can protect in emergency, only justice, fairness, consideration and co-operation can finally lead men to the dawn of eternal peace. 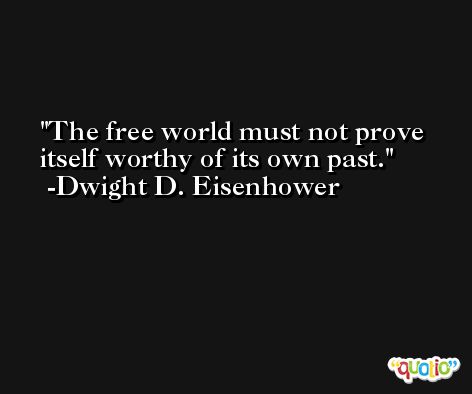 A sense of humor is part of the art of leadership, of getting along with people, of getting things done.

Don't think you are going to conceal thoughts by concealing evidence that they ever existed. 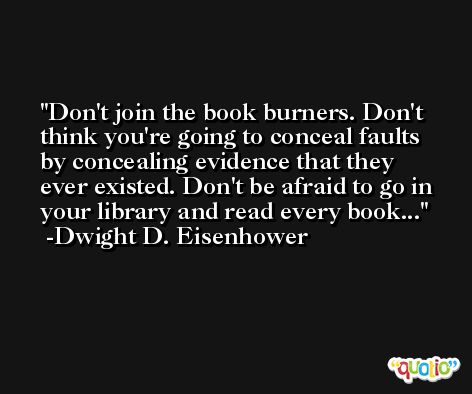 We succeed only as we identify in life, or in war, or in anything else, a single overriding objective, and make all other considerations bend to that one objective. 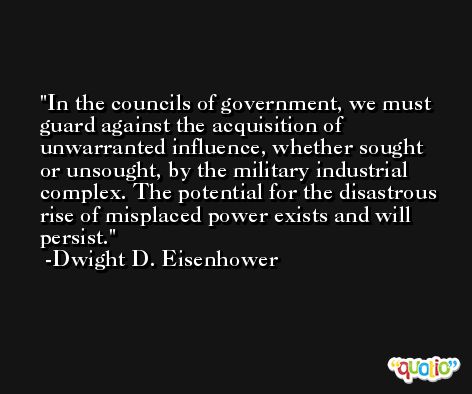 I can think of nothing more boring for the American people than to have to sit in their living rooms for a whole half hour looking at my face on their television screens.

Things are more like they are now than they ever were before. 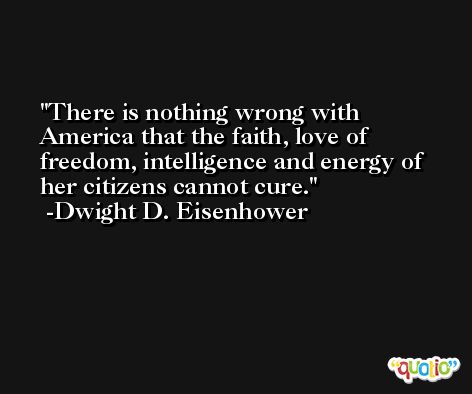 Before all else, we seek, upon our common labor as a nation, the blessings of Almighty God.

I never saw a pessimistic general win a battle. 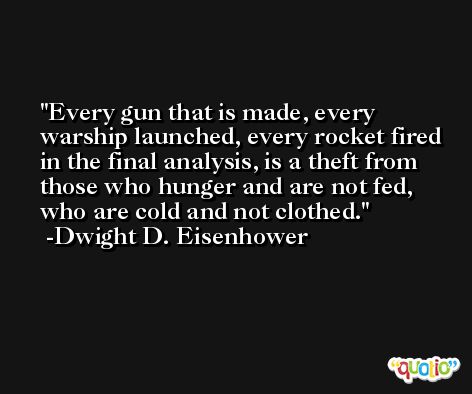 You do not lead by hitting people over the head-that's assault, not leadership.

We merely want to live in peace with all the world, to trade with them, to commune with them, to learn from their culture as they may learn from ours, so that the products of our toil may be used for our schools and our roads and our churches and not for guns and planes and tanks and ships of war. 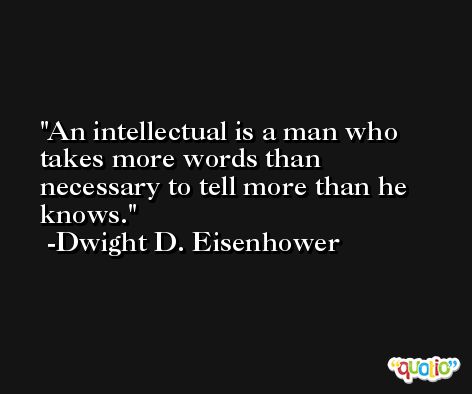 When you appeal to force, there's one thing you must never do - lose.

Humility must always be the portion of any man who receives acclaim earned in the blood of his followers and the sacrifices of his friends. 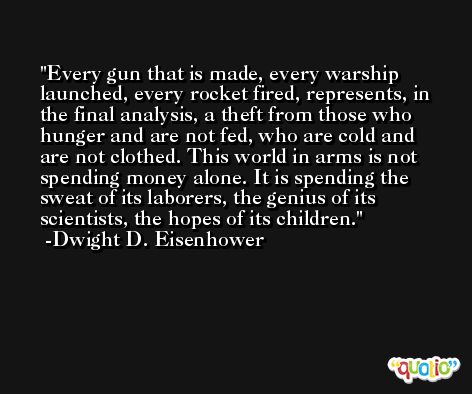 I would rather try to persuade a man to go along, because once I have persuaded him he will stick. If I scare him, he will stay just as long as he is scared, and then he is gone.

In preparing for battle I have always found that plans are useless, but planning is indispensable. 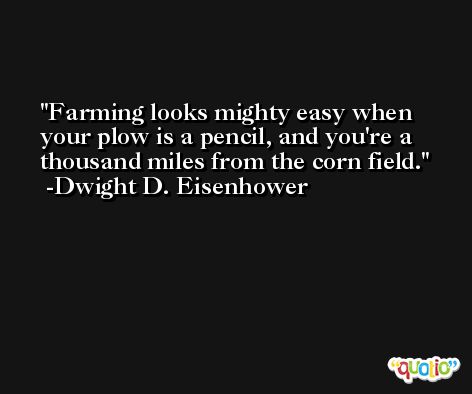 Plans are worthless, but planning is everything.

A people that values its privileges above its principles soon loses both. 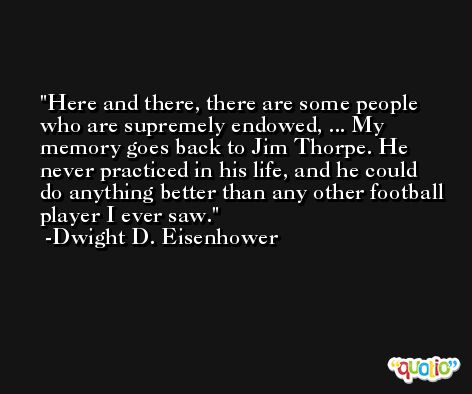 I hate war as only a soldier who has lived it can, only as one who has seen its brutality, its futility, its stupidity.

On that day let us solemnly remember the sacrifices of all those who fought so valiantly, on the seas, in the air, and on foreign shores, to preserve our heritage of freedom, and let us reconsecrate ourselves to the task of promoting an enduring peace so that all their efforts shall not have been in vain. 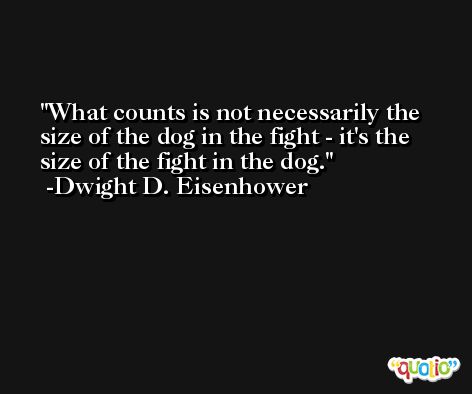 Only strength can cooperate. Weakness can only beg.

We won't get it turned around in one year, or four years or maybe even 10. 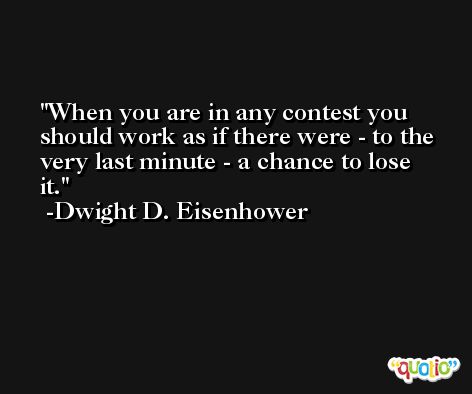 May we, in our dealings with all the peoples of the earth, ever speak the truth and serve justice.