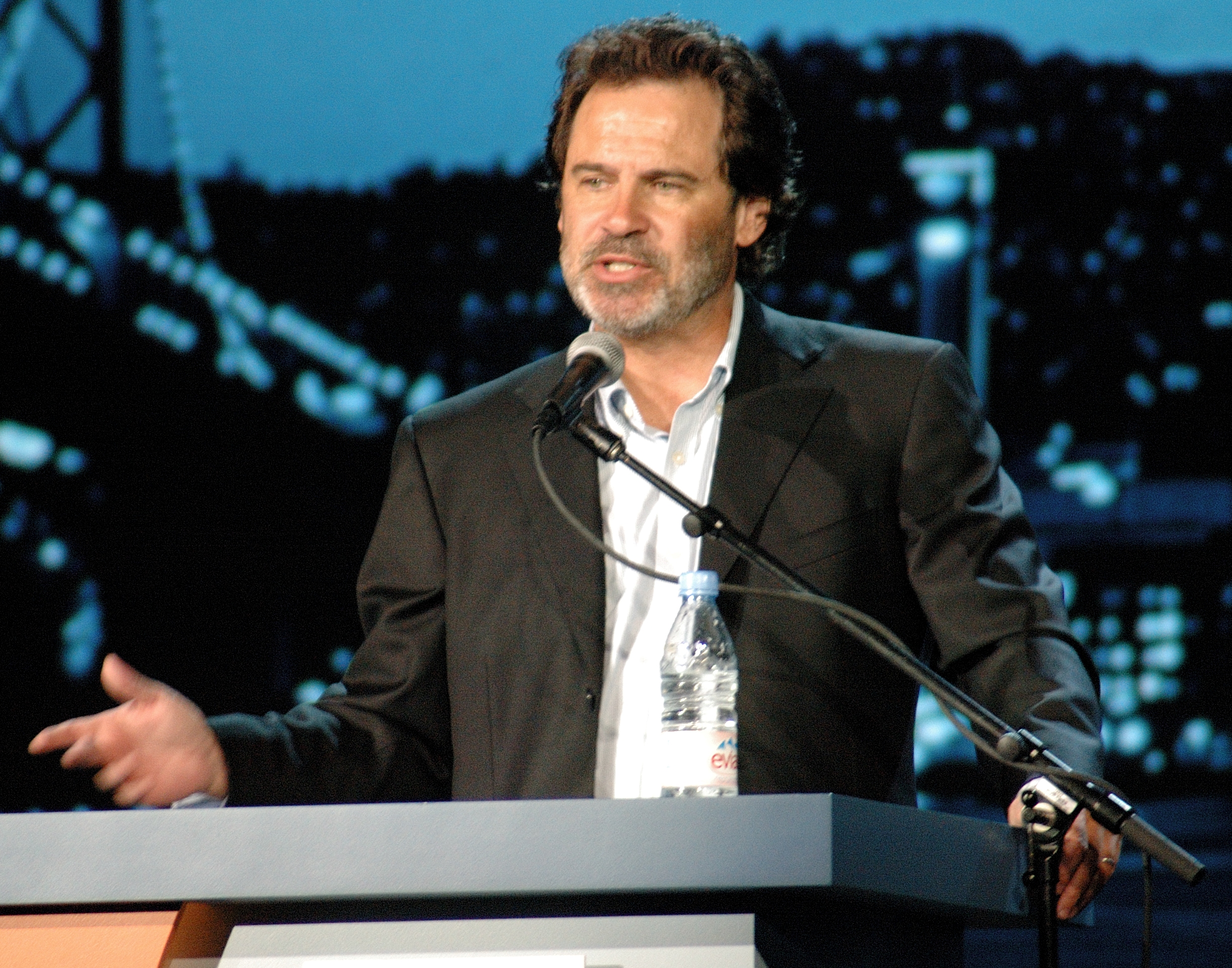 He rose to fame as a cast member of Saturday Night Live in 1985, and subsequently hosted a string of his own talk shows on HBO, CNBC and in syndication. Miller currently hosts a daily, three-hour, self-titled talk radio program, nationally syndicated by Westwood One (current)/Westwood One. He is known for his critical assessments of current events, laced with pop culture references and delivered in an idiosyncratic verbal style.

He is listed as 21st on Comedy Central's 100 greatest stand up comedians of all time, and was ranked as the best host of SNL's Weekend Update by Vulture.com.

If you enjoy these quotes, be sure to check out other famous comedians! More Dennis Miller on Wikipedia.

There's nothing wrong with being shallow as long as you're insightful about it.

I'm actually equal parts cynicism and apathy. I'm always willing to believe the worst as long as it doesn't take too much effort.

I rant, therefore I am.

After seven years of marriage, I'm sure of two things -- first, never wallpaper together, and second, you'll need two bathrooms.. both for her. The rest is a mystery, but a mystery I love to be involved in.

And quit bringing up our forefathers and saying they were civil libertarians. Our founding fathers would have never tolerated any of this crap. For God's sake, they were blowing peoples' heads off because they put a tax on their breakfast beverage. And it wasn't even coffee.

Sure, the lion is king of the junglebut airdrop him into Antarctica,& he's just a penguin's bitch.

We need anything politically important rationed out like Pez: small, sweet, and coming out of a funny, plastic head.

Never ever discount the idea of marriage. Sure, someone might tell you that marriage is just a piece of paper. Well, so is money, and what's more life-affirming than cold, hard cash?

A lot of people voting for Pat Buchanan say they are doing so to send a message. Apparently that message is, 'Hey, look at me, I'm an idiot.'

Born again?! No, I'm not. Excuse me for getting it right the first time.

A recent police study found that you're much more likely to get shot by a fat cop if you run.

I have the distinction of speaking to you from one of the few countries that still has a communist party.