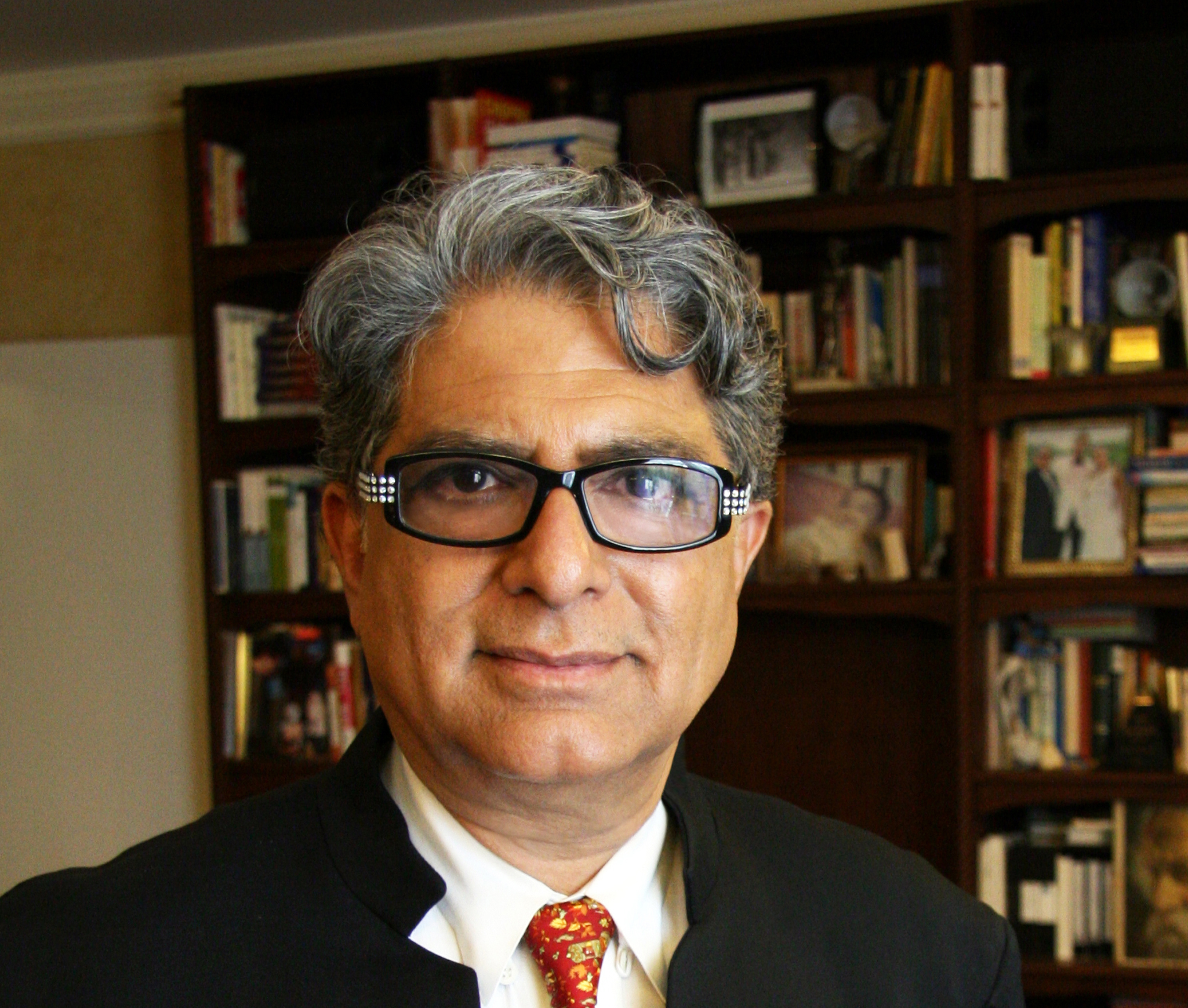 "Deepak Chopra" is an American bestselling author and public speaker. He is a prominent alternative medicine advocate and a promoter of increasingly Spiritual but not religious/popular forms of spirituality, for instance having been described in the New York Times as a "controversial New Age/New-Age guru". Through his books and videos, he has become one of the best-known and wealthiest figures in the holistic-health movement.

Chopra obtained a medical degree in India before emigrating in 1970 to the United States. As a physician he specialized in endocrinology and became Chief of Staff at the New England Memorial Hospital (NEMH). In the 1980s he began to practice transcendental meditation (TM). In 1985 resigned his position at NEMH to establish the Maharishi Vedic Approach to Health/Maharishi Ayurveda Health Center. Chopra left the TM movement in 1994 and founded the Chopra Center for Wellbeing. He gained a following after his interview on the The Oprah Winfrey Show regarding his books in the 1990s.

If you enjoy these quotes, be sure to check out other famous philosophers! More Deepak Chopra on Wikipedia.

Anything that is of value in life only multiplies when it is given. 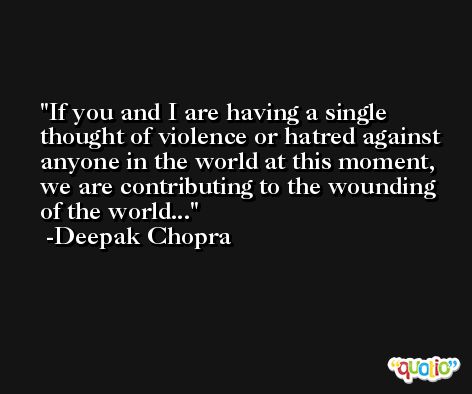 The secret of attraction is to love yourself. Attractive people judge neither themselves nor others. They are open to gestures of love. They think about love, and express their love in every action. They know that love is not a mere sentiment, but the ultimate truth at the heart of the universe. 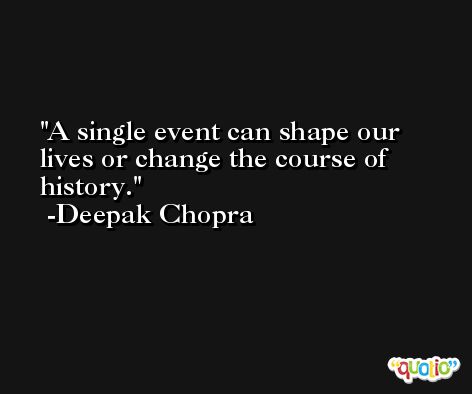 Your body is just the place your memory calls home. 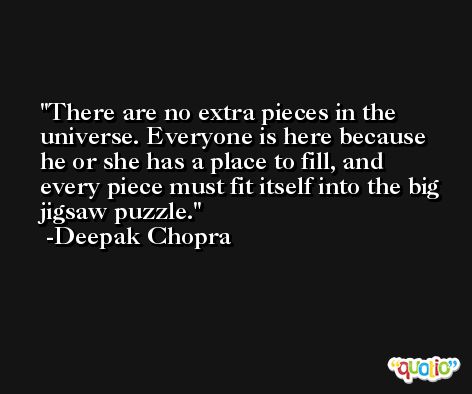 You cannot stand anywhere in the universe that is outside of yourself.

You and I are essentially infinite choice-makers. In every moment of our existence, we are in that field of all possibilities where we have access to an infinity of choices. 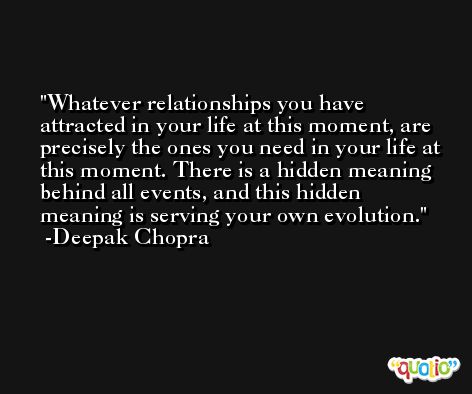 If you want to reach a state of bliss, then go beyond your ego and the internal dialogue. Make a decision to relinquish the need to control, the need to be approved, and the need to judge. Those are the three things the ego is doing all the time. It's very important to be aware of them every time they come up.