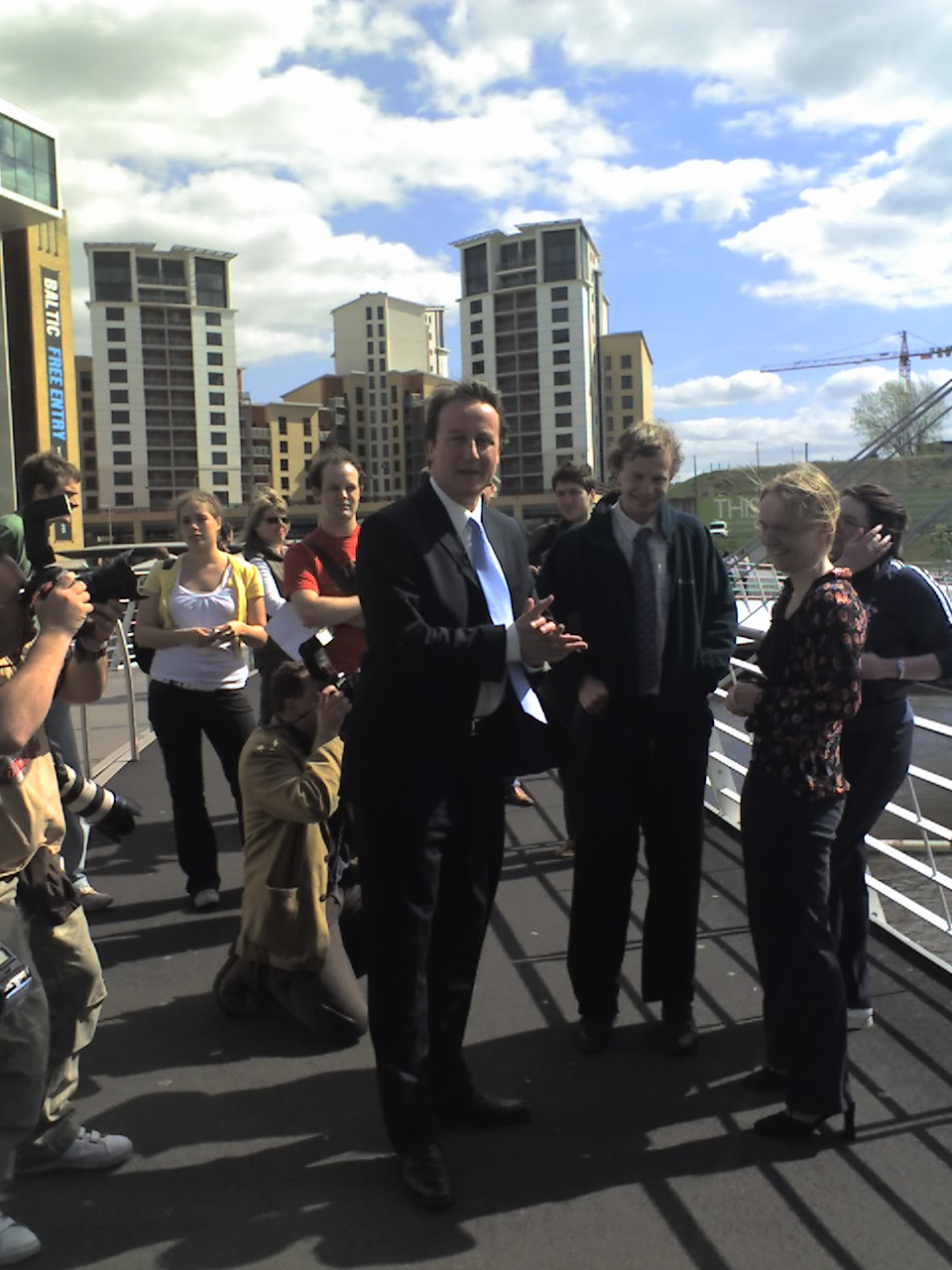 Cameron studied Philosophy, Politics and Economics (PPE) at Brasenose College, Oxford, gaining a first-class honours degree in 1988. He was described by his tutor, Professor Vernon Bogdanor, as "one of the ablest" students he has ever taught, with "moderate and sensible Conservative" political views. While at Oxford he was a member of the Bullingdon Club. He then joined the Conservative Research Department and became Special advisers in the United Kingdom/Special Adviser to Norman Lamont, and then to Michael Howard. He was Director of Corporate Affairs at Carlton Communications for seven years.

If you enjoy these quotes, be sure to check out other famous politicians! More David Cameron on Wikipedia.

The only thing that's been disrupted are sleep patterns around here. We've all been working 16 or 18 hours a day, and either you don't get enough sleep when you try, or you stay awake wondering what needs to be done next.

The driving force behind today's terrorist threat is Islamist fundamentalism. The struggle we are engaged in is, at root, ideological. During the last century a strain of Islamist thinking has developed which, like other totalitarianisms, such as Nazi-ism and Communism, offers its followers a form of redemption through violence.

It would be bizarre if we were to adopt a position of silence when countries like Germany were moving in the opposite direction.

Those who believe that pressure for deeper integration in Europe has somehow gone away are wrong.

These examples make a mockery of Labour's claims to have given schools the freedom to run themselves.

This is important news for Scotland as it means those women diagnosed with higher risk breast cancer will be able to have a better chance with this drug.

We welcome this belated U-turn from Ruth Kelly. At the election ministers rejected Conservative proposals to extend a ban on junk food to vending machines, so this is a positive step.

These are serious allegations if true.