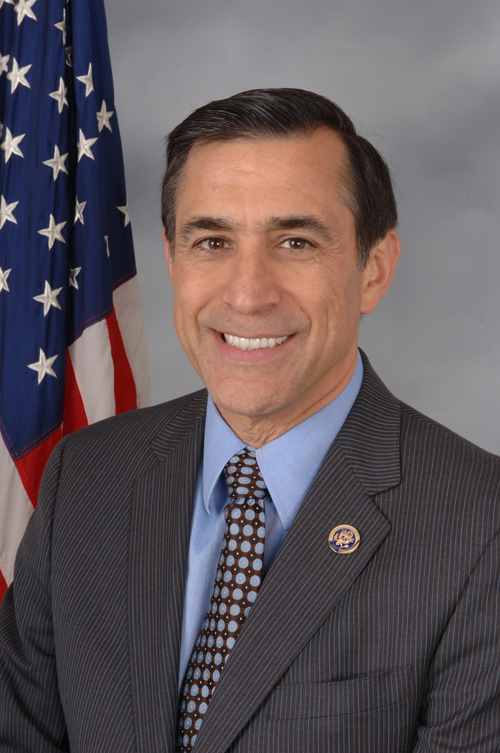 "Darrell Edward Issa" is the Republican Party (United States)/Republican United States House of Representatives/U.S. Representative for California's 49th congressional district, serving since 2001. The district (numbered the 48th District during his first term) covers the northern coastal areas of San Diego County, California/San Diego County, including cities such as Oceanside, California/Oceanside, Vista, California/Vista, Carlsbad, California/Carlsbad and Encinitas, California/Encinitas, as well as a small portion of southern Orange County, California/Orange County. Since January 2011, he has served as Chairman of the United States House Committee on Oversight and Government Reform/House Oversight and Government Reform Committee.

Issa was formerly a businessman. He was Chief executive officer/CEO of Directed Electronics, a Vista, California-based manufacturer that is one of the largest makers of automobile aftermarket security and convenience products. Issa is a multi-millionaire with a net worth estimated at as much as $450 million (in 2013), which makes him the List of current members of the United States Congress by wealth/wealthiest currently-serving member of Congress.

If you enjoy these quotes, be sure to check out other famous politicians! More Darrell Issa on Wikipedia.

Awareness can save lives. It is essential that the Congress act to promote educational initiatives to prevent gynecologic cancer deaths. Our coalition of cancer survivors, doctors and those whose lives have been affected by gynecologic cancers will continue to press for the passage of Johanna's Law.