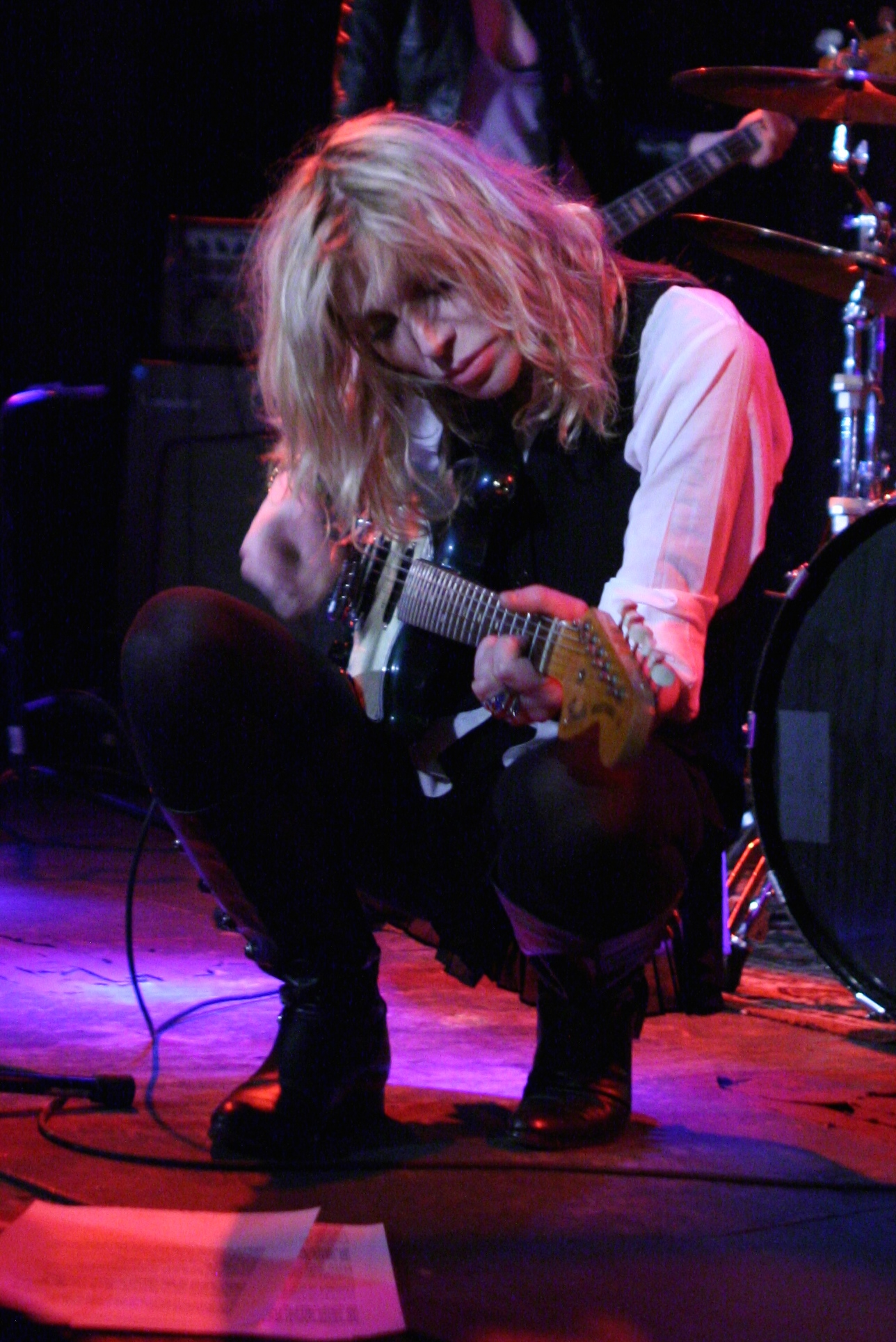 "Courtney Michelle Love" is an American alternative rock singer, songwriter, musician, actress, and visual artist. Prolific in the Punk rock/punk and grunge scenes of the 1990s as the frontwoman of Hole (band)/Hole, Love became a fixture in alternative music, drawing public attention for her uninhibited stage presence and confrontational lyrics, as well as her highly publicized personal life following her marriage to Kurt Cobain.

The daughter of psychotherapist Linda Carroll and publisher Hank Harrison, Love mainly grew up in Portland, Oregon, where she was in a series of short-lived bands before landing roles in films by British cult director Alex Cox. After forming Hole in 1989, Love received substantial attention from underground rock press for the group's debut album, produced by Kim Gordon, while their second release, Live Through This (1994), lent her a more high-profile renown, receiving critical accolades and going multi-RIAA certification/platinum. In 1995, she returned to acting, earning a Golden Globe Award for Best Actress in a Motion Picture, Drama/Golden Globe Nomination for her performance in Miloš Forman's The People vs. Larry Flynt (1996). Shortly after, Hole's third release, Celebrity Skin (1998), earned Love recognition as a mainstream musician, and was nominated for multiple Grammy Awards.

If you enjoy these quotes, be sure to check out other famous musicians! More Courtney Love on Wikipedia.

I'm driven. I am. I'm driven for some reason. But I don't know where I'm going.

I used to do drugs, but don't tell anyone or it will ruin my image.

I don't mean to be a diva, but some days you wake up and you're Barbara Streisand.

I want every girl in the world to pick up a guitar and start screaming.

Drugs have nothing to do with the creation of music. In fact, they are dumb and self indulgent. Kind of like sucking your thumb!

He's not going to get away from me that easily. I'll follow him through hell [after Kurt's suicide attempt].

I don't need plastic in my body to validate me as a woman.