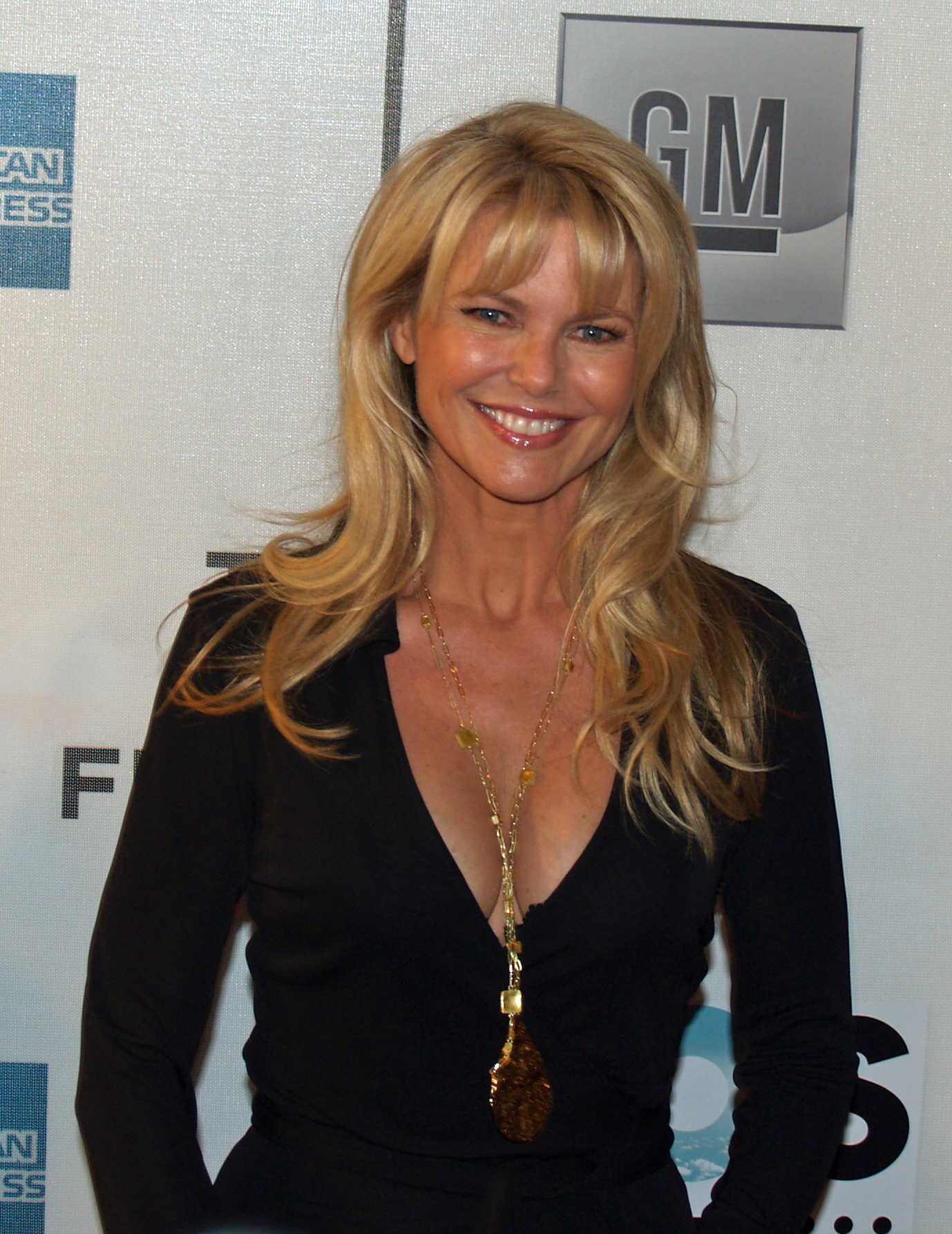 "Christie Brinkley" is an American model (person)/model and actress. Brinkley gained worldwide fame beginning in the late 1970s with three consecutive Sports Illustrated Swimsuit Issue covers through 1981. She spent twenty five years as the face of CoverGirl (the longest running cosmetics contract of any model in history), has appeared on over 500 magazine covers, and has signed contracts with major brands—both fashion and non-fashion.

Brinkley went on to work as a film actress, illustrator, television personality, photographer, writer, and designer, and as an activist for human and animal rights and the Natural environment/environment.

Brinkley has been married four times, most notably to musician Billy Joel, several of whose music videos she appeared in. Her fourth marriage, to architect Peter Cook, ended in a much-publicized 2008 divorce.

With a career spanning more than three decades, magazines such as Allure (magazine)/Allure, Playboy, and Men's Health (magazine)/Men's Health have named Brinkley one of the most attractive women of all time. Her financial holdings in 2008 were worth an estimated USD $80 million, primarily as the owner of real estate. In February 2012 she was ranked third in the Daily Mail list "World's 20 richest models."

If you enjoy these quotes, be sure to check out other famous models! More Christie Brinkley on Wikipedia.

I now use makeup for a healthy-looking glow because a real one isn't that healthy.

I just found out that I'm one inch taller than I thought.

After so many years of being around, people see me on the street and say, .

I have a feeling this is destiny. [On the eve of her third marriage].