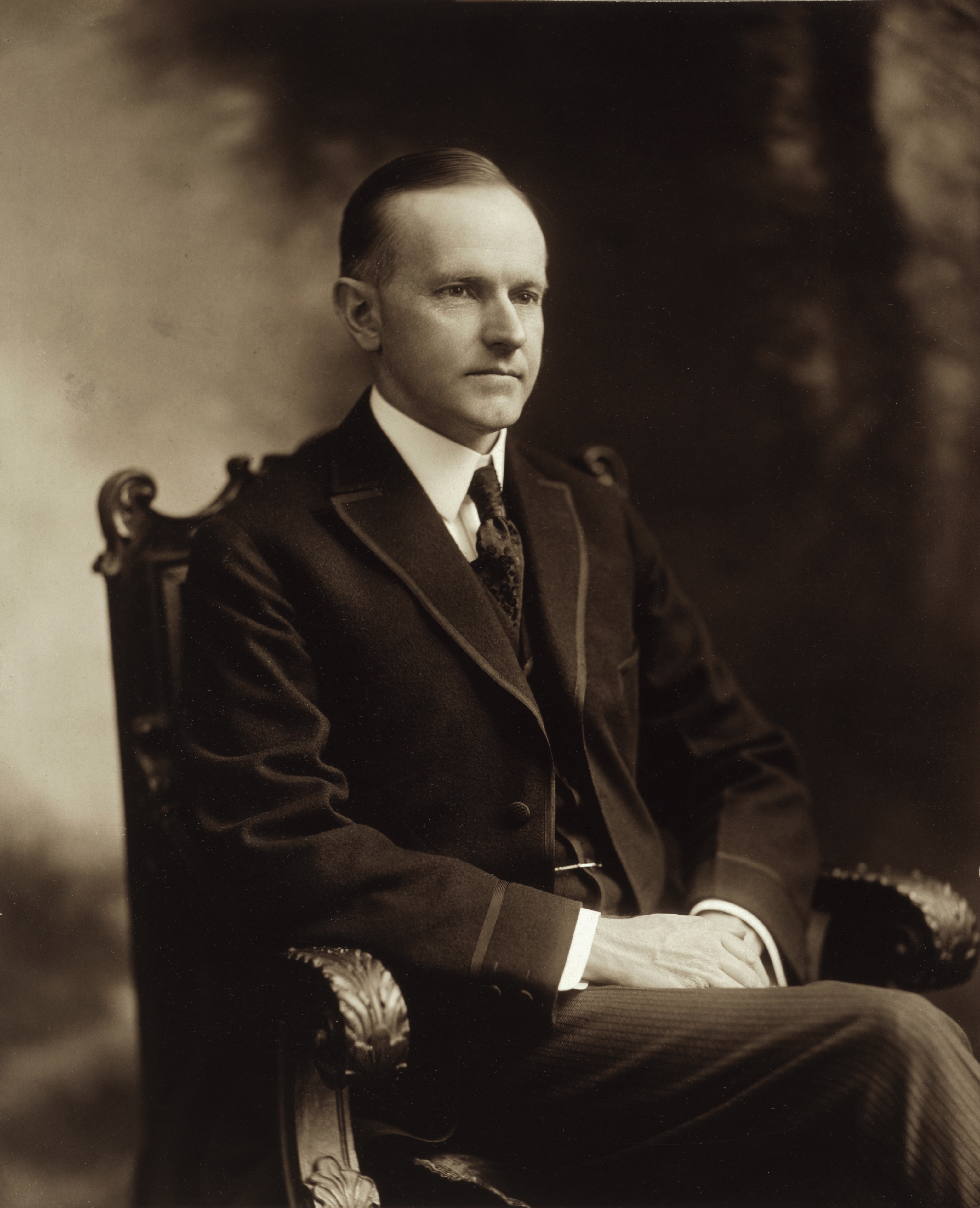 If you enjoy these quotes, be sure to check out other famous presidents! More Calvin Coolidge on Wikipedia.

All growth depends upon activity. There is no development physically or intellectually without effort, and effort means work. 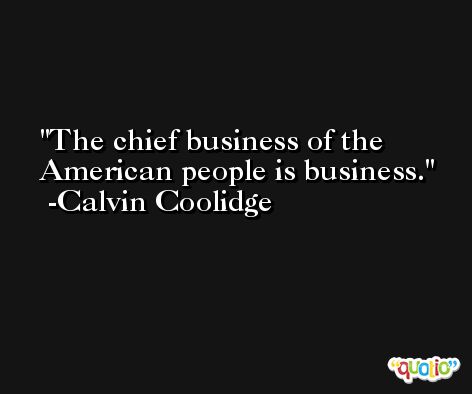 Those who trust to chance must abide by the results of chance.

I have never been hurt by anything I didn't say. 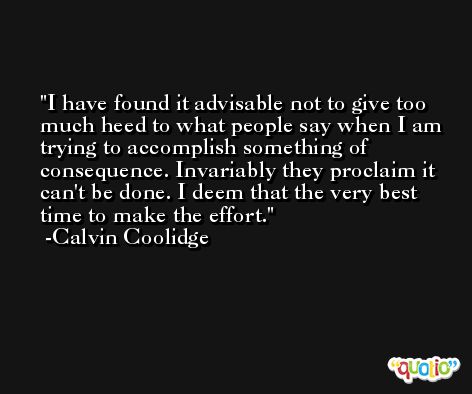 Nothing in the world will take away persistence. Talent will not; nothing is more common than an unsuccessful man with talent. Genius will not; unrewarded genius is almost a proverb. Education will not; the world is full of educated derelicts. Persistence and determination alone are omnipotent.

In a republic the first rule for the guidance of the citizen is obedience of the law. 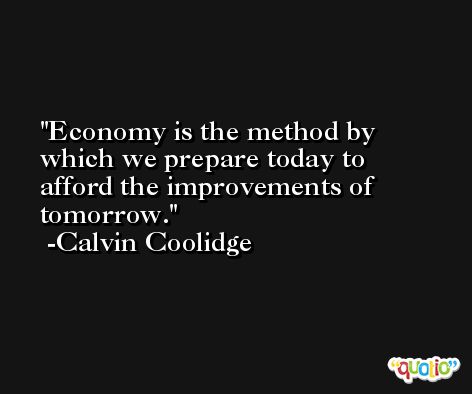 The business of America is business.

Advertising is the most potent influence in adapting and changing the habits and modes of life affecting what we eat, what we wear, and the work and play of a whole nation. 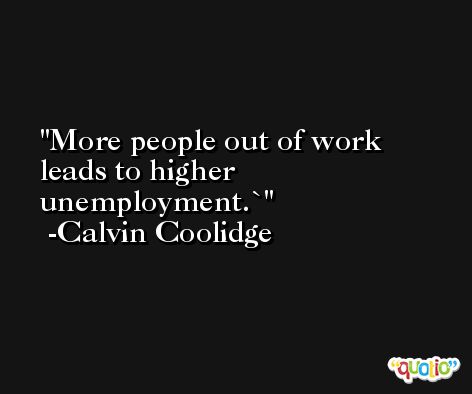 Prosperity is only an instrument to be used, not a deity to be worshipped. 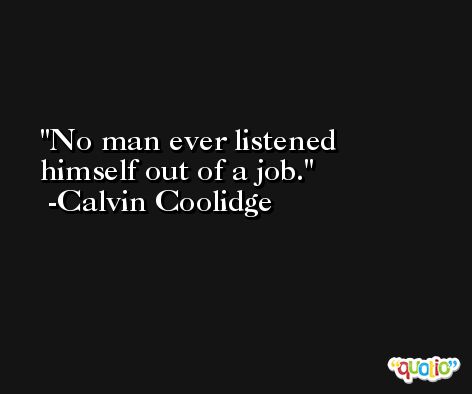 Duty is not collective; it is personal.

There is no right to strike against the public safety by anybody, anywhere, any time. 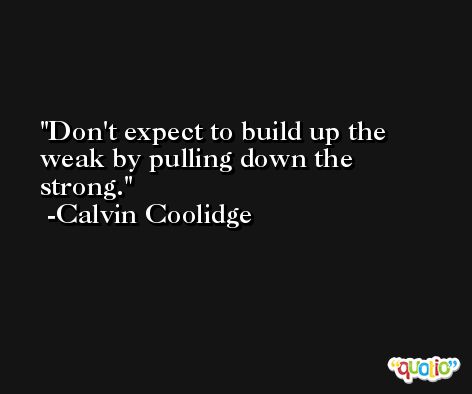 Christmas is not a time nor a season, but a state of mind. To cherish peace and goodwill, to be plenteous in mercy, is to have the real spirit of Christmas.

Nothing in this world can take the place of persistence. Talent will not; nothing is more common than unsuccessful people with talent. Genius will not; unrewarded genius is almost a proverb. Education will not; the world is full of educated derelicts. Persistence and determination alone are omnipotent. The slogan 'press on' has solved and always will solve the problems of the human race. 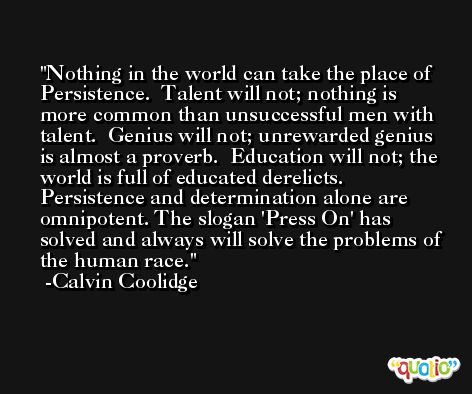 Never go out to meet trouble. If you will just sit still, nine cases out of ten someone will intercept it before it reaches you.