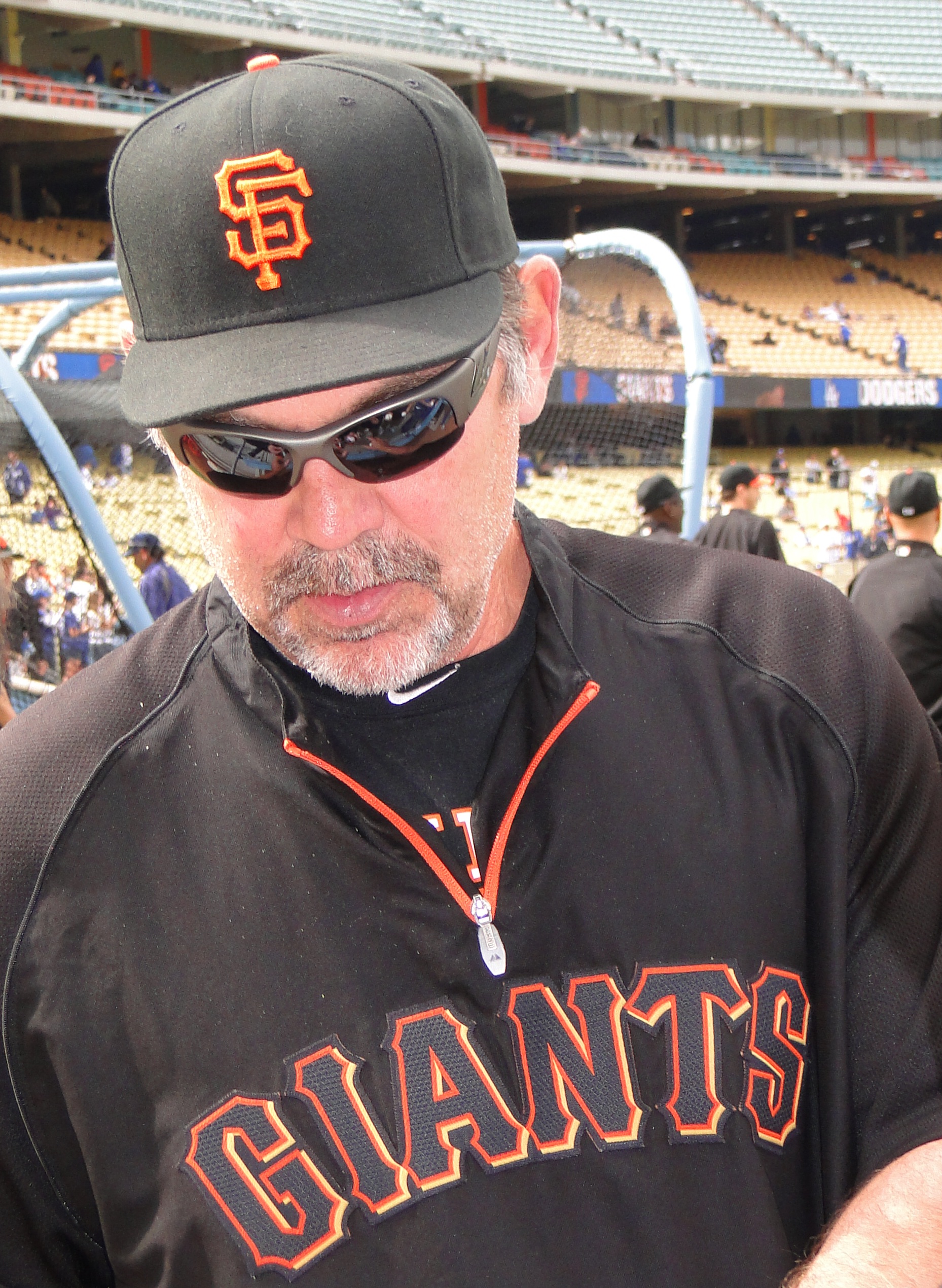 Bochy is the only former Padres player to serve as the team's manager. He has participated in all five postseason appearances in Padres history, as a backup catcher in 1984 and as their manager in 1996, 1998, 2005, and 2006. In 1998, he led the Padres to their first National League pennant in 14 years; they lost the 1998 World Series to the New York Yankees.

Will you pitch to Bonds? That's what everybody asked me.

He just thinks about baseball. He said he doesn't go out. He just wants to go to the ballpark.

We're going to approach him like we always have, as if he's been playing all season. This guy's one of the greatest hitters of all time. You want to make quality pitches and not make mistakes.

It just doesn't get any better than this.

When you pick up somebody like this in a desperate time and have him come through the way he has, I don't think anybody could've expected it.

Miguel was starting the game that night. But he's out there hitting, and Ash knocked him down by accident. Miguel got right back in there and about hit Ash with a line drive.

To be honest with you, I sure hope so. They have a heck of a team over there.

Pedro has pitched great for us. He's a guy we need down the stretch.

It would be fair to say Ryan is searching for his swing a little. With the nagging injuries he has had, he just hasn't gotten a chance to get locked in at the plate.