Washington was of the last generation of black American leaders born into slavery and became the leading voice of the former slaves and their descendants, who were newly oppressed by Disfranchisement after Reconstruction era/disfranchisement and the Jim Crow discriminatory laws enacted in the post-Reconstruction Era (United States)/Reconstruction Southern states in the late 19th and early 20th centuries. In 1895 his Atlanta compromise called for avoiding confrontation over segregation and instead putting more reliance on long-term educational and economic advancement in the black community.

If you enjoy these quotes, be sure to check out other famous educators! More Booker T. Washington on Wikipedia.

If you want to lift yourself up, lift up someone else.

Character, not circumstances, make the man. 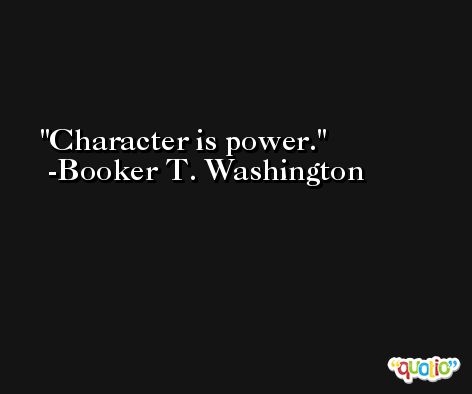 No race can prosper till it learns that there is as much dignity in tilling a field as in writing a poem.

I shall allow no man to belittle my soul by making me hate him. 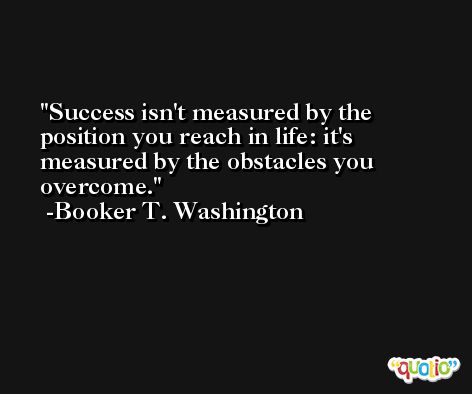 I will permit no man to narrow and degrade my soul by making me hate him. 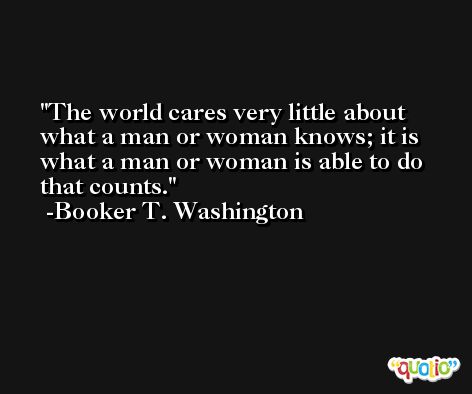 Excellence is to do a common thing in an uncommon way. 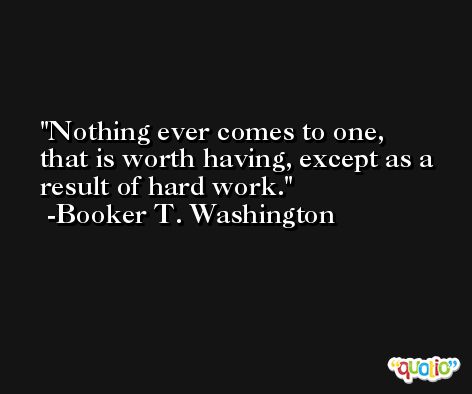 Success is to be measured not so much by the position that one has reached in life as by the obstacles which he has overcome while trying to succeed.

There are two ways of exerting one's strength: one is pushing down, the other is pulling up. 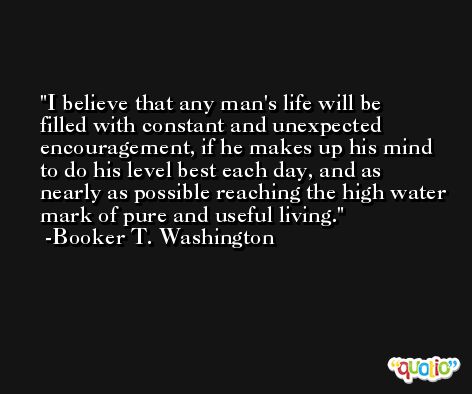