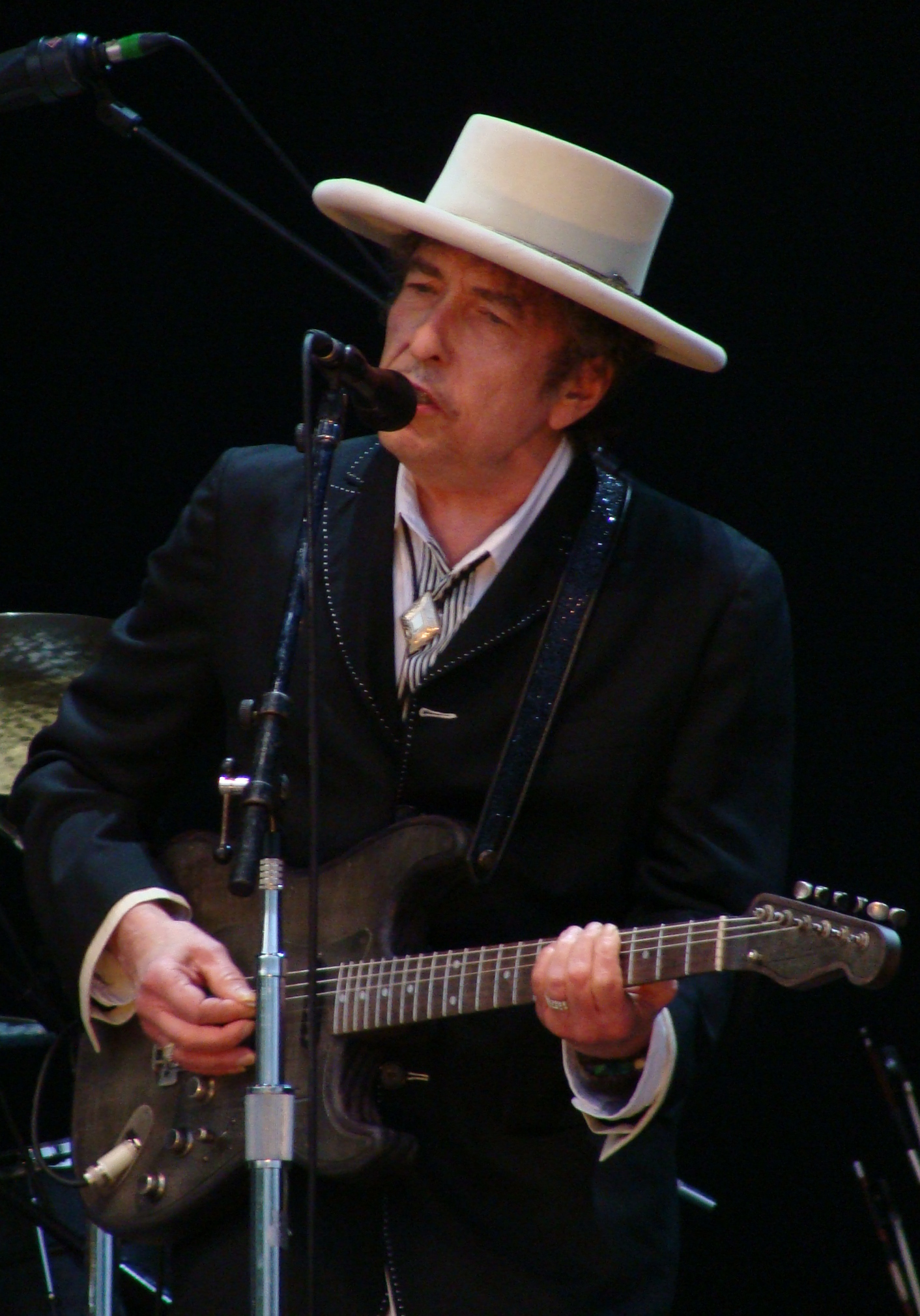 "Bob Dylan" is an American singer-songwriter, artist and writer. He has been influential in popular music and culture for more than five decades. Much of his most celebrated work dates from the 1960s when his songs chronicled social unrest, although Dylan repudiated suggestions from journalists that he was a spokesman for his generation. Nevertheless, early songs such as "Blowin' in the Wind" and "The Times They Are a-Changin' (song)/The Times They Are a-Changin'" became anthems for the American African-American Civil Rights Movement (1954–68)/civil rights and Opposition to United States involvement in the Vietnam War/anti-war movements. Leaving his initial base in the American folk music revival, Dylan's six-minute single "Like a Rolling Stone" altered the range of popular music in 1965. His mid-1960s recordings, backed by rock musicians, reached the top end of the Billboard charts/United States music charts while also attracting Electric Dylan controversy/denunciation and criticism from others in the folk movement.

If you enjoy these quotes, be sure to check out other famous musicians! More Bob Dylan on Wikipedia.

Everything passes. Everything changes. Just do what you think you should do.

Yesterday's just a memory, tomorrow is never what it's supposed to be. 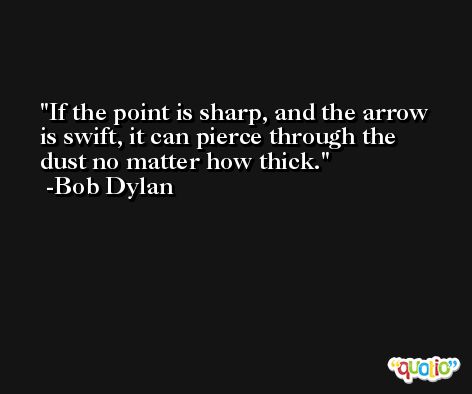 He who's not busy being born is busy dying.

All I can do is be me, whoever that is. 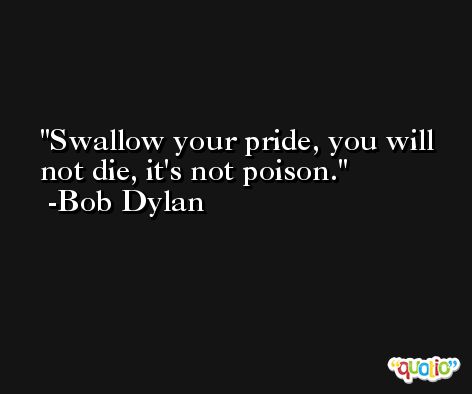 The picture you have in your mind of what you're about will come true.

I gave her my heart, but she wanted my soul. 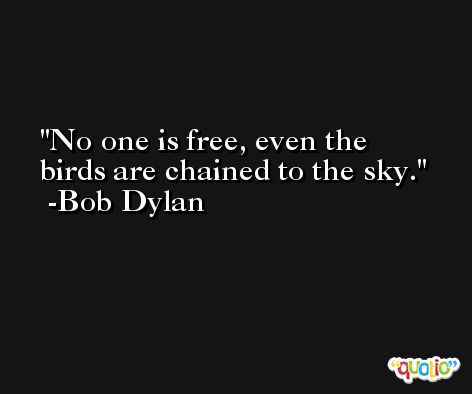 Sundown, yellow moon, I replay the past. I know every scene by heart, they all went by so fast.

...You don't need a weatherman to know which way the wind blows. 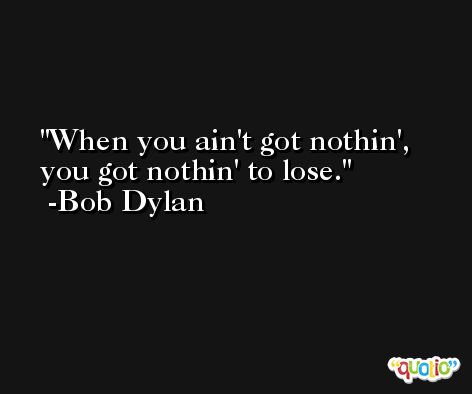 People seldom do what they believe in. They do what is convenient, then repent.

Take care of all your memories. For you cannot relive them. 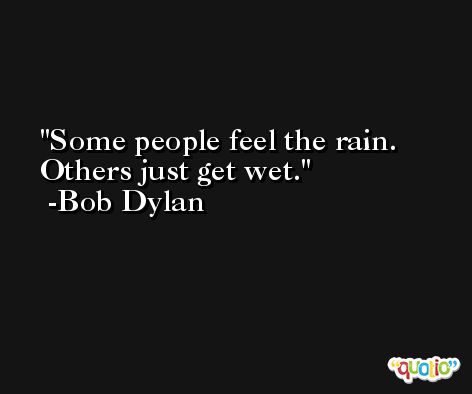 I think of a hero as someone who understands the degree of responsibility that comes with his freedom.

What's money? A man is a success if he gets up in the morning and goes to bed at night and in between does what he wants to do. 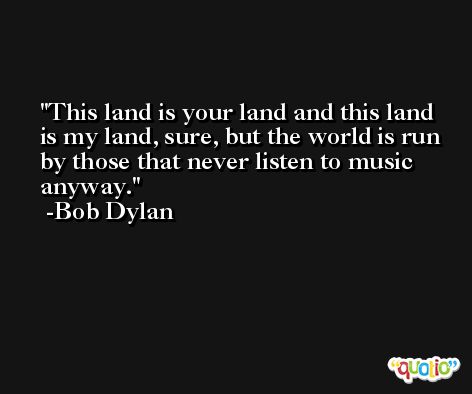 When you feel in your gut what you are and then dynamically pursue it - don't back down and don't give up - then you're going to mystify a lot of folks.

A man is a success if he gets up in the morning and gets to bed at night, and in between he does what he wants to do. 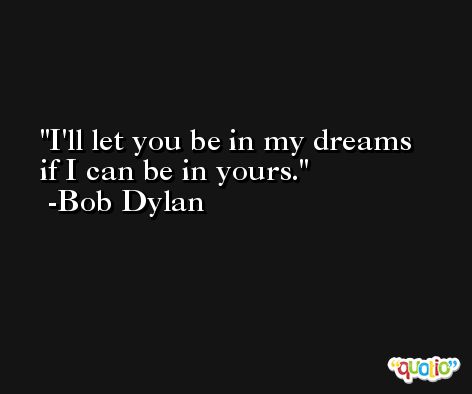