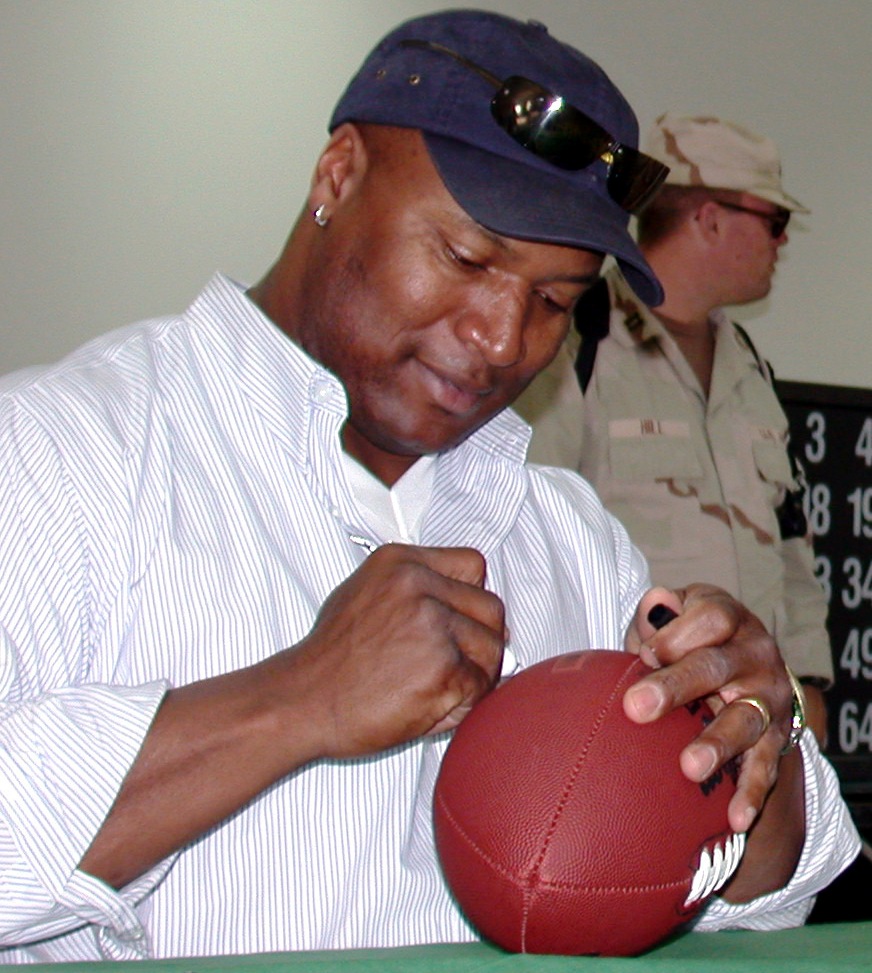 "Vincent Edward "Bo" Jackson" is a retired United States/American baseball and American football/football player. He is the only athlete to be named an All-star#Sports/All-Star in two major American sports. He was named the greatest athlete of all time by ESPN.

While at Auburn Tigers football/Auburn University, Jackson won the 1985 Heisman Trophy#Winners/Heisman Trophy, annually awarded to the most outstanding collegiate football player in the United States.

In 1989 and 1990, Jackson's name became known beyond just sports fans through the "Bo Knows" advertising campaign, a series of advertisements by Nike, Inc./Nike, starring Jackson alongside Rock and Roll Hall of Fame musician Bo Diddley, promoting a cross-training athletic shoe named for Jackson.

After a 1991 hip injury on the field ended his football career, Jackson focused on baseball, and expanded into other pursuits, including the completion of his Bachelor of Science degree in Family and Child Development at Auburn. In addition, Jackson appeared in small roles as an actor, in TV shows such as 'The Fresh Prince of Bel-Air' and Married... with Children, and films such as The Chamber (film)/The Chamber.

If you enjoy these quotes, be sure to check out other famous athletes! More Bo Jackson on Wikipedia.

I thought it was in, I honestly did.