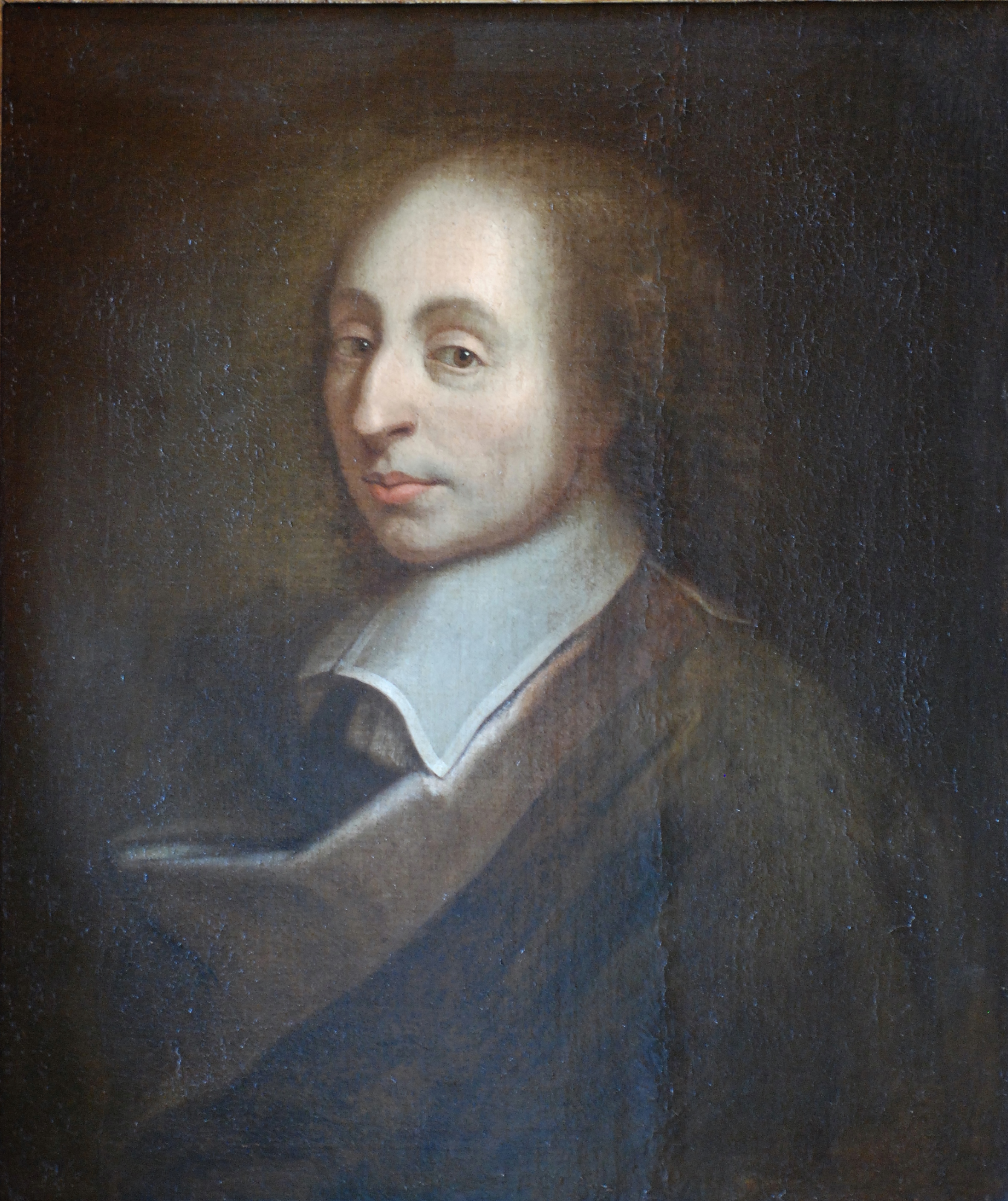 " Blaise Pascal" was a French mathematician, physicist, inventor, writer and Christian philosophy/Christian philosopher. He was a child prodigy who was educated by his father, a tax collector in Rouen. Pascal's earliest work was in the natural and applied sciences where he made important contributions to the study of fluids, and clarified the concepts of pressure and vacuum by generalizing the work of Evangelista Torricelli. Pascal also wrote in defense of the scientific method.

In 1642, while still a teenager, he started some pioneering work on calculating machines. After three years of effort and fifty prototypes, he built 20 finished machines (called Pascal's calculators and later Pascalines) over the following ten years, establishing him as one of the first two inventors of the mechanical calculator.See [http://metastudies.net/pmwiki/pmwiki.php?n=Site.SchicardvsPascal Schickard versus Pascal: An Empty Debate?] and

If you enjoy these quotes, be sure to check out other famous philosophers! More Blaise Pascal on Wikipedia.

I have discovered that all human evil comes from this, man's being unable to sit still in a room.

We are generally the better persuaded by the reasons we discover ourselves than by those given to us by others. 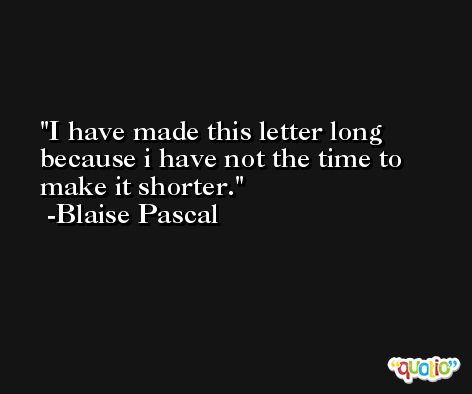 Men despise religion. They hate it and are afraid it may be true.

In faith there is enough light for those who want to believe and enough shadows to blind those who don't. 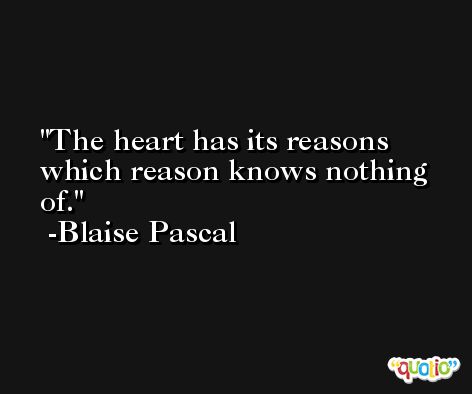 The heart has reasons that reason cannot know.

We know truth, not only by reason, but also by the heart. 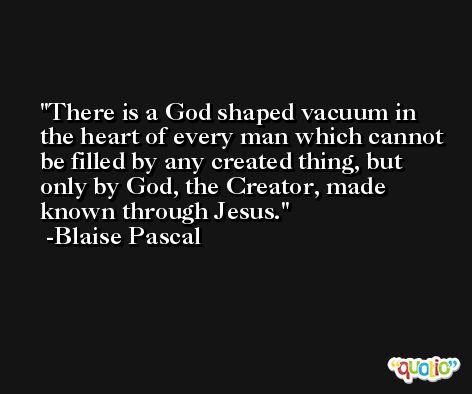 Truth is so obscure in these times, and falsehood so established, that, unless we love the truth, we cannot know it.

We think very little of time present; we anticipate the future, as being too slow, and with a view to hasten it onward, we recall the past to stay it as too swiftly gone. We are so thoughtless, that we thus wander through the hours which are not here, regardless only of the moment that is actually our own. 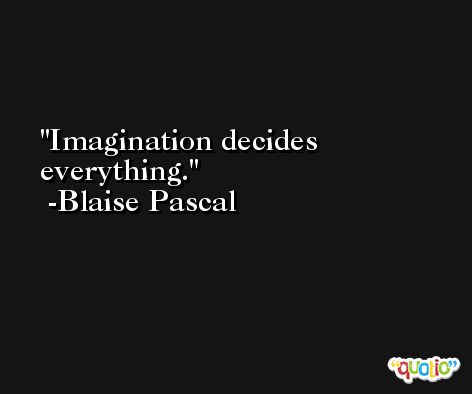 Let us weigh the gain and the loss, in wagering that God is. Consider these alternatives: if you win, you win all, if you lose you lose nothing. Do not hesitate, then, to wager that he is.

Clarity of mind means clarity of passion, too; this is why a great and clear mind loves ardently and sees distinctly what it loves. 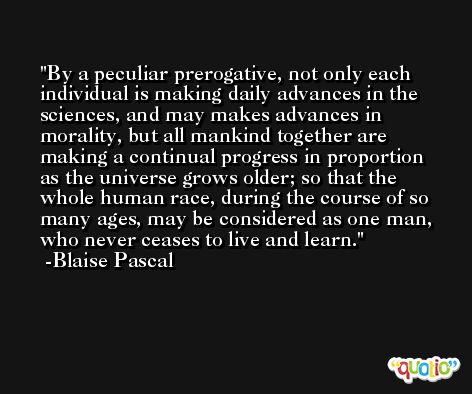 Man is but a reed, the most feeble thing in nature, but he is a thinking reed. The entire universe need not arm itself to crush him. A vapour, a drop of water, suffices to kill him. But if the universe were to crush him, man would still be more noble than that which killed him, because he knows that he dies and the advantage which the universe has over him; the universe knows nothing of this.

People are usually more convinced by reasons they discovered themselves than by those found by others. 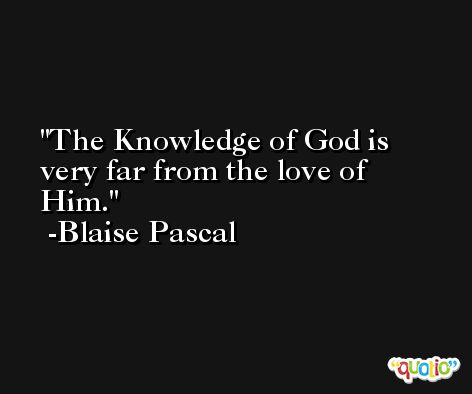 The eternal silence of these infinite spaces fills me with dread.

Since we cannot know all that there is to be known about anything, we ought to know a little about everything. 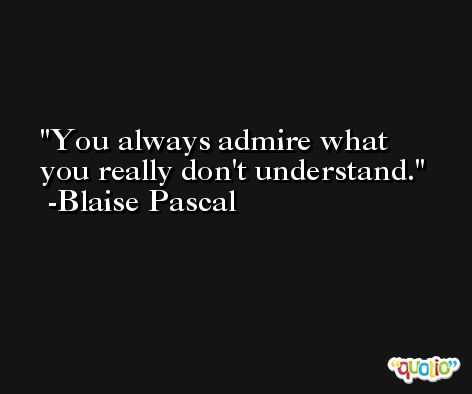 Men never do evil so completely and cheerfully as when they do it from a religious conviction.

One must know oneself, if this does not serve to discover truth, it at least serves as a rule of life and there is nothing better. 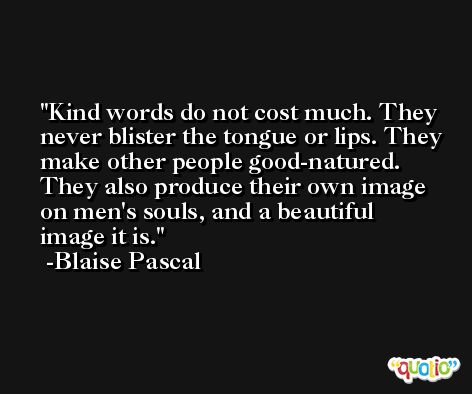 If all men knew what each said of the other, there would not be four friends in the world.

Man is equally incapable of seeing the nothingness from which he emerges and the infinity in which he is engulfed. 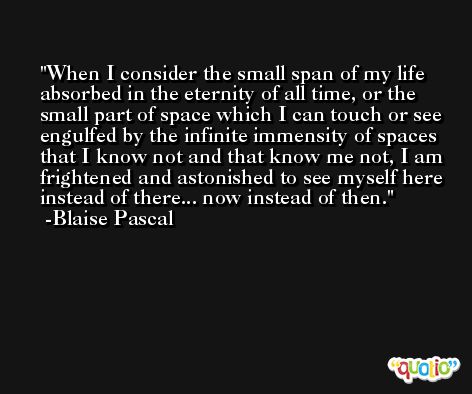 All men's miseries derive from not being able to sit in a quiet room alone. 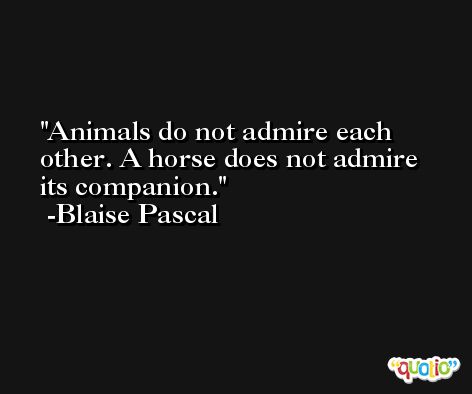