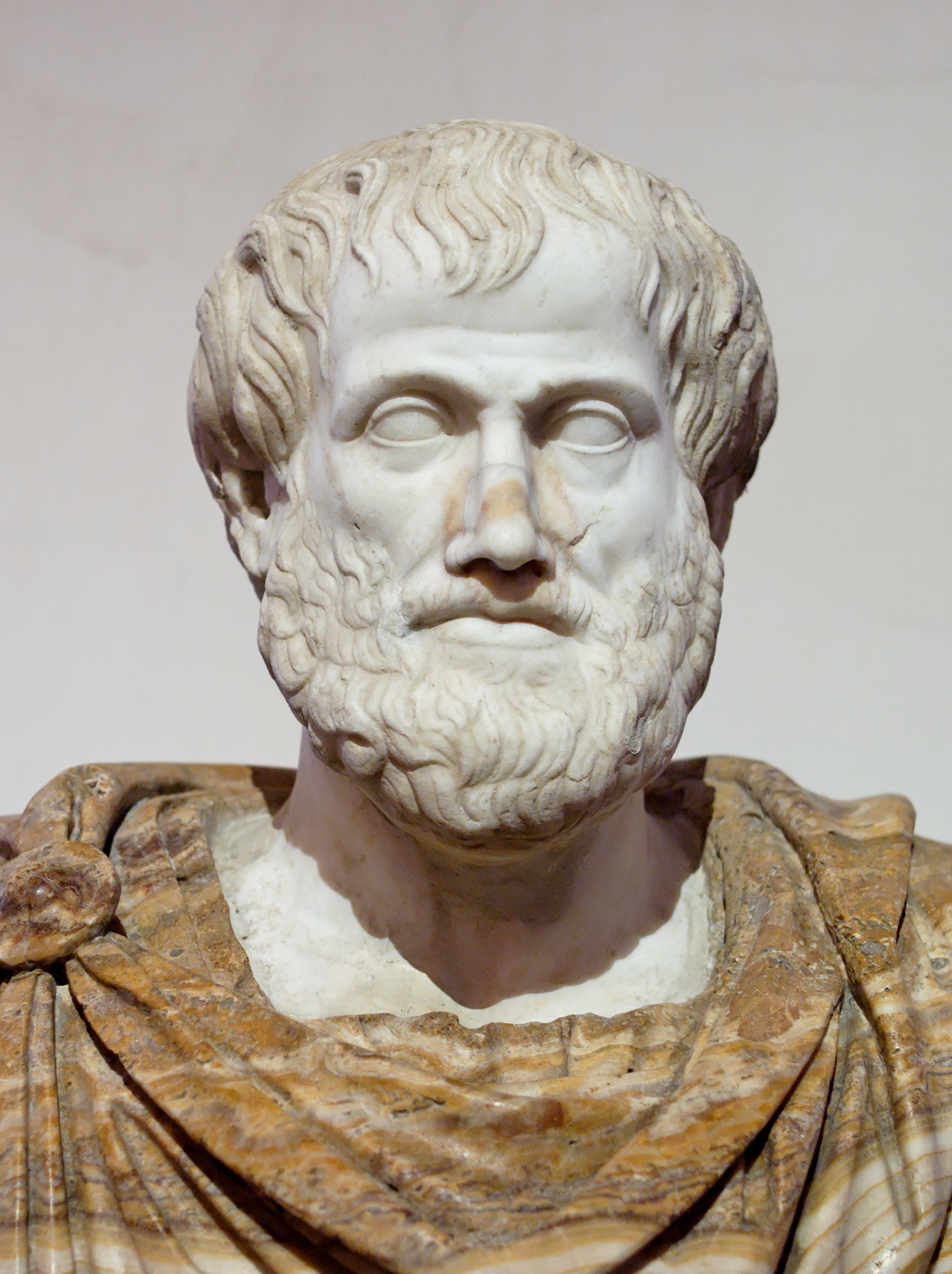 "Aristotle" was a Greeks/Greek philosopher and scientist born in the Macedonia (ancient kingdom)/Macedonian city of Stagira (ancient city)/Stagira, Chalkidiki/Chalkidice, on the northern periphery of Classical Greece. His father, Nicomachus (father of Aristotle)/Nicomachus, died when Aristotle was a child, whereafter Proxenus of Atarneus became his guardian. At eighteen, he joined Plato's Academy in Athens and remained there until the age of thirty-seven (Circa/c. ). His writings cover many subjectsand constitute the first comprehensive system of Western philosophy. Shortly after Plato died, Aristotle left Athens and, at the request of Philip of Macedon, tutored Alexander the Great starting from . According to the Encyclopædia Britannica, "Aristotle was the first genuine scientist in history ... [and] every scientist is in his debt."

If you enjoy these quotes, be sure to check out other famous philosophers! More Aristotle on Wikipedia.

The best political community is formed by citizens of the middle class.

The only stable state is the one in which all men are equal before the law. 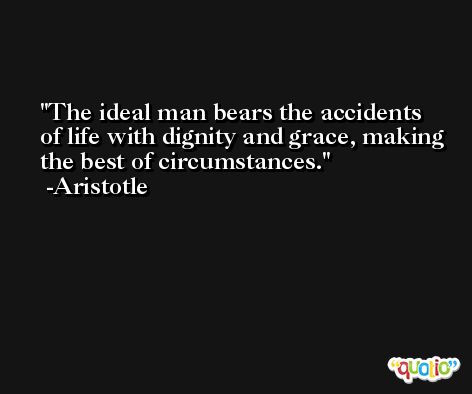 Without friends no one would choose to live, though he had all other goods.

Both oligarch and tyrant mistrust the people, and therefore deprive them of their arms. 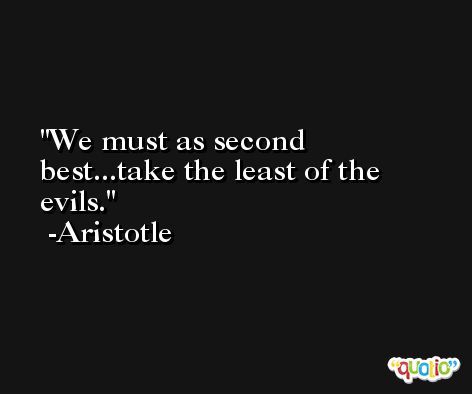 Pleasure in the job puts perfection in the work.

Law is order, and good law is good order. 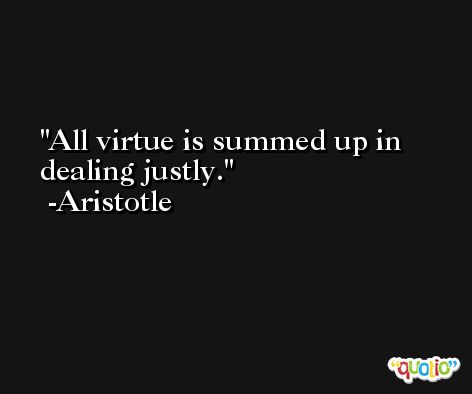 Happiness is the meaning and the purpose of life, the whole aim and end of human existence.

It is unbecoming for young men to utter maxims. 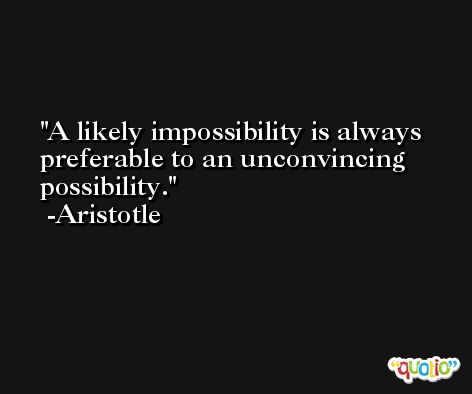 It is not always the same thing to be a good man and a good citizen.

The gods too are fond of a joke. 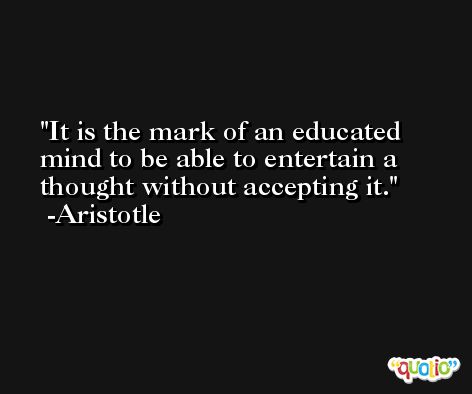 It is the nature of desire not to be satisfied, and most men live only for the gratification of it.

Dignity does not consist in possessing honors, but in deserving them. 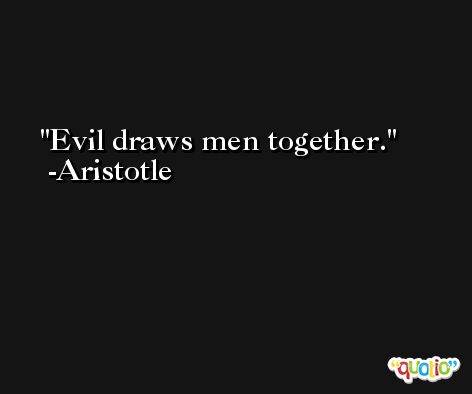 We are what we repeatedly do. Excellence, then, is not an act, but a habit.

Education is the best provision for old age. 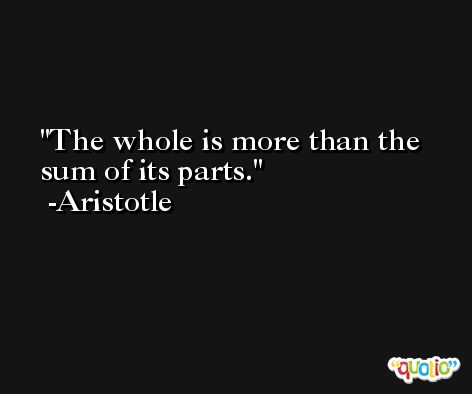 The young are permanently in a state resembling intoxication.

If liberty and equality, as is thought by some are chiefly to be found in democracy, they will be best attained when all persons alike share in the government to the utmost. 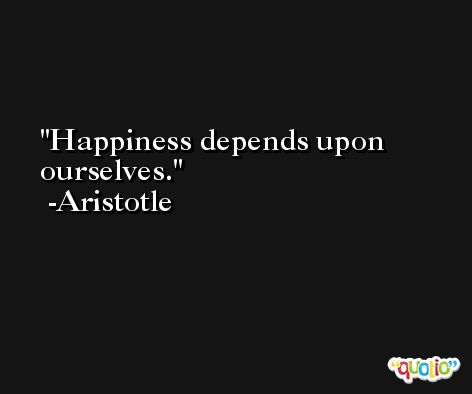 I have gained this by philosophy: that I do without being commanded what others do only from fear of the law.

Man perfected by society is the best of all animals; he is the most terrible of all when he lives without law, and without justice. 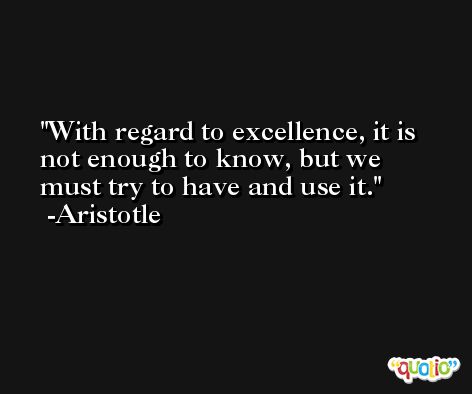 In the arena of human life the honours and rewards fall to those who show their good qualities.

To give money is an easy matter and in any man's power. But to decide to whom to give it, and how large and when, and for what purpose and how, is neither in everyman's power nor an easy matter. 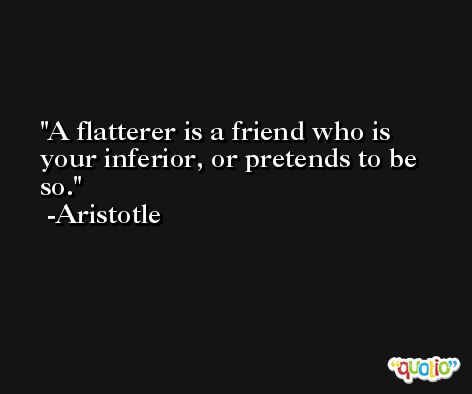