"Andy Warhol" was an American artist who was a leading figure in the Art movement/visual art movement known as pop art. His works explore the relationship between artistic expression, celebrity culture and advertisement that flourished by the 1960s. After a successful career as a commercial illustrator, Warhol became a renowned and sometimes controversial artist. The Andy Warhol Museum in his native city, Pittsburgh, Pennsylvania, holds an extensive permanent collection of art and archives. It is the largest museum in the United States dedicated to a single artist.

If you enjoy these quotes, be sure to check out other famous artists! More Andy Warhol on Wikipedia.

They always say time changes things, but you actually have to change them yourself.

I never think that people die. They just go to department stores. 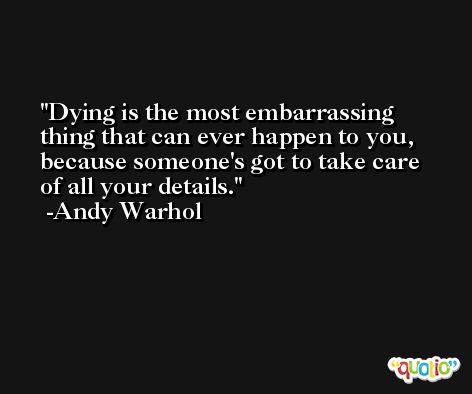 I'm afraid that if you look at a thing long enough, it loses all of its meaning.

In the future everyone will be famous for fifteen minutes. 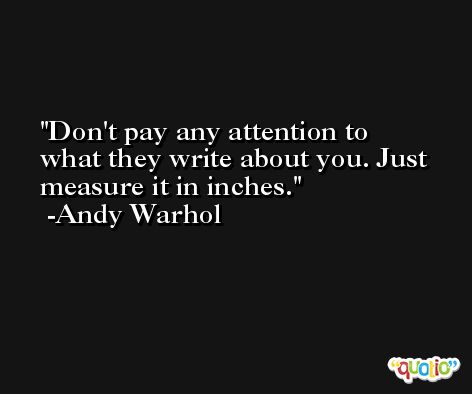 Being born is like being kidnapped. And then sold into slavery. 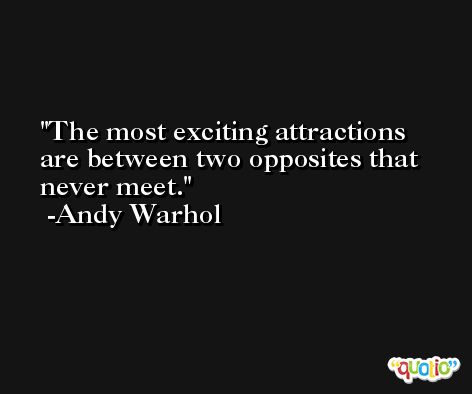 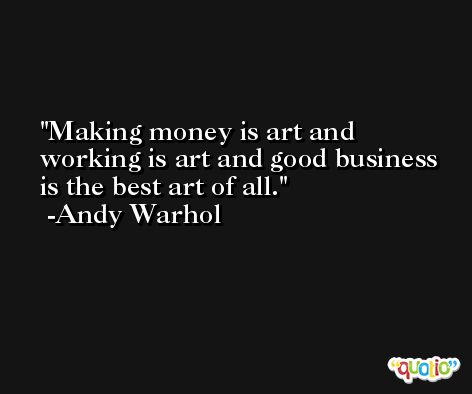 Everybody winds up kissing the wrong person good night.

Art is anything you can get away with. 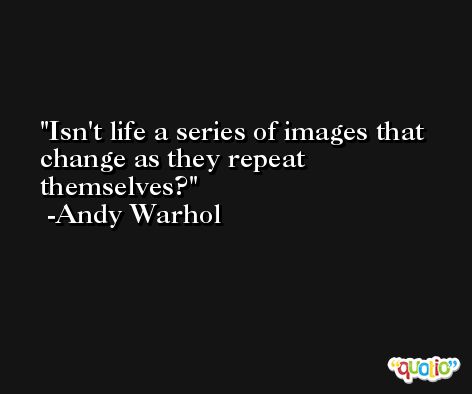 I am a deeply superficial person.

Sex is the biggest nothing of all time.