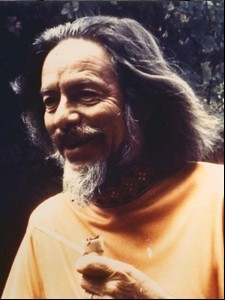 "Alan Wilson Watts" was a British-born philosopher, writer, and speaker, best known as an interpreter and populariser of Eastern philosophy for a Western culture/Western audience. Born in Chislehurst, England, he moved to the United States in 1938 and began Zen training in New York. Pursuing a career, he attended Seabury-Western Theological Seminary, where he received a master's degree in theology. Watts became an Episcopal Church (United States)/Episcopal priest in 1945, then left the ministry in 1950 and moved to California, where he joined the faculty of the American Academy of Asian Studies.

Watts gained a large following in the San Francisco Bay Area while working as a volunteer programmer at KPFA, a Pacifica Radio station in Berkeley, California/Berkeley. Watts wrote more than 25 books and articles on subjects important to Eastern religion/Eastern and Western religion, introducing the then-Counterculture of the 1960s/burgeoning youth culture to The Way of Zen (1957), one of the first bestselling books on Buddhism. In Psychotherapy East and West (1961), Watts proposed that Buddhism could be thought of as a form of psychotherapy and not a religion. He also explored human consciousness, in the essay "The New Alchemy" (1958), and in the book The Joyous Cosmology (1962).

If you enjoy these quotes, be sure to check out other famous philosophers! More Alan Watts on Wikipedia.

Zen does not confuse spirituality with thinking about God while one is peeling potatoes. Zen spirituality is just to peel the potatoes.

Some believe all that parents, tutors, and kindred believe. They take their principles by inheritance, and defend them as they would their estates, because they are born heirs to them. 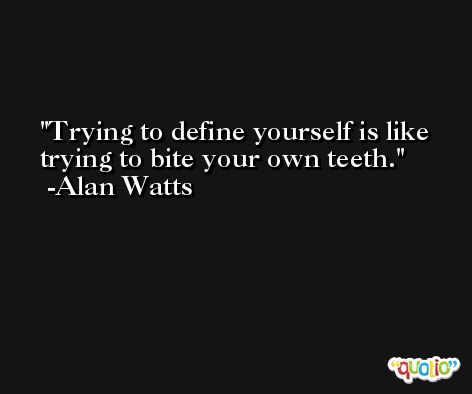 Faith is, above all, openess; an act of trust in the unknown.

I owe my solitude to other people. 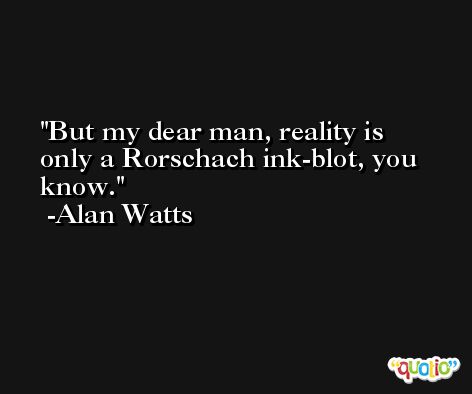 Things are as they are. Looking out into it the universe at night, we make no comparisons between right and wrong stars, nor between well and badly arranged constellations.

Really, the fundamental, ultimate mystery - the only thing you need to know to understand the deepest metaphysical secrets - is this: that for every outside there is an inside and for every inside there is an outside, and although they are different, they go together. 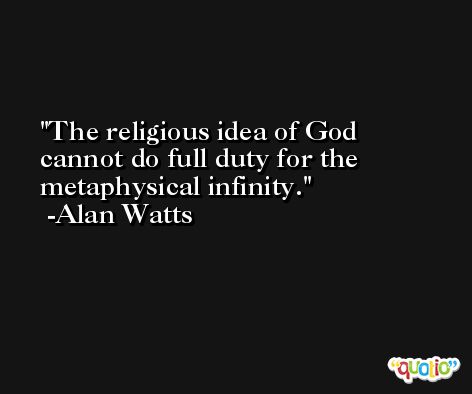 I have realized that the past and future are real illusions, that they exist in the present, which is what there is and all there is.

Never pretend to a love which you do not actually feel, for love is not ours to command.