Miller did not seek re-election in 2004. After leaving the Senate, he joined the law firm McKenna Long & Aldridge as a non-lawyer professional in the firm's national government affairs practice. Miller was also a Fox News Channel contributor.

If you enjoy these quotes, be sure to check out other famous politicians! More Zell Miller on Wikipedia.

I got to thinking, 'Hey, this is something I've always been interested in -- military history, ... It's not so much building more monuments but making sure the ones we do have are maintained correctly. 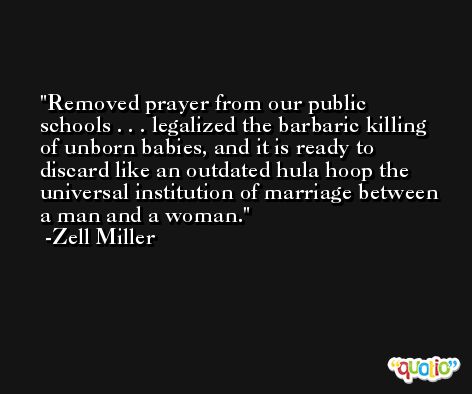 For way too long, the Supreme Court has been handing down decisions that people of faith cannot accept, ... Justice Sunday II: God Save the United States and this Honorable Court.

Cover this confirmation process with prayer, ... When they make it harder for us to pray, we just pray harder. 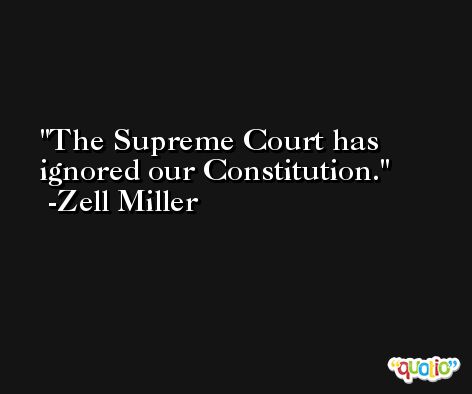 Now is the time. This is our time. Call and write our senators and organize and tell your friends to do the same. Cover this process in a blanket of prayer. ... This is our chance to be doers of the word and not hearers only.

What has happened to the party I've spent my life working in? 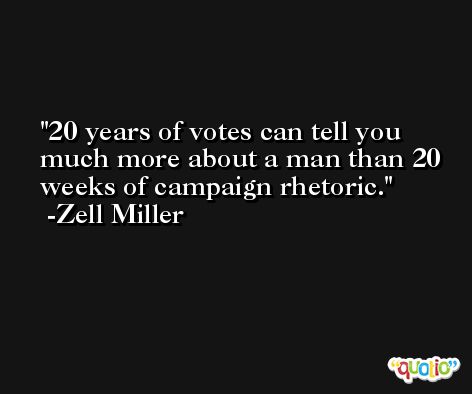