"Yuvraj Singh" (born 12 December 1981) is an Indian international cricketer. He is an all-rounder who bats left-handed in the middle-order and bowls slow left-arm orthodox. He is the son of former Indian fast bowling/fast bowler and Punjabi cinema/Punjabi actor Yograj Singh. Yuvraj has been a member of the Indian cricket team in One Day International/ODIs since 2000 and played his first Test cricket/Test match in 2003. He was the vice-captain of the Indian ODI team between 2007-2008. He was the Man of the Tournament in the 2011 ICC Cricket World Cup, and one of the top performers at the 2007 ICC World Twenty20, both of which India won. In a match against England cricket team/England at the 2007 World Twenty20, he famously hit six Boundary (cricket)/sixes in one over bowled by Stuart Broad — a feat performed only three times previously in any form of senior cricket, and never in an international match between two Test cricket teams.

They have become responsible and seasoned. They are senior members of the team in every way. 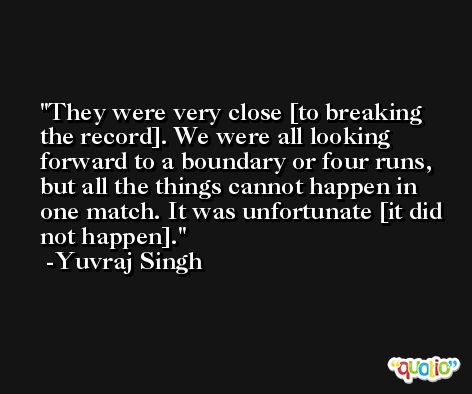 He has made a great contribution to Indian cricket.

We're tired but we are doing this for charity. 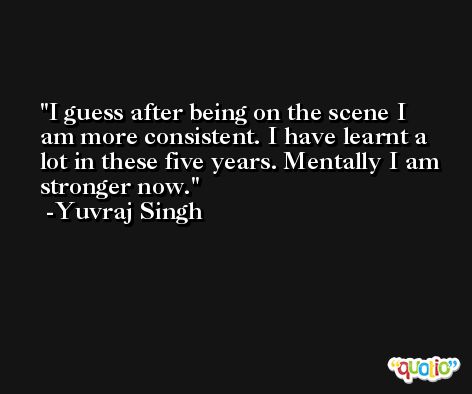 He is not nicknamed 'The Wall' for nothing but, having taken on opening, he may have exposed himself slightly. The new ball can get him out and he tends to play with his bat outside his body to a ball on line with off stump, which can result in an edge. He offers chances early on and they need to be held. For a player of his ability he tends to lose patience against spin.

He has played 48 Test matches as captain and is mentally very strong. 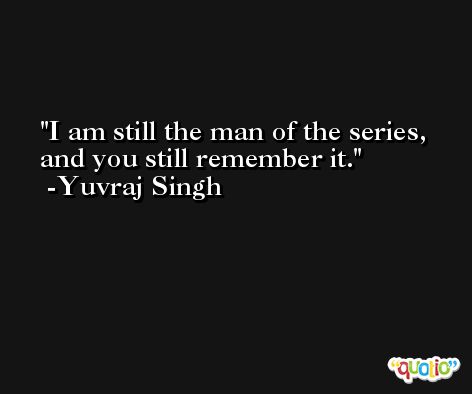