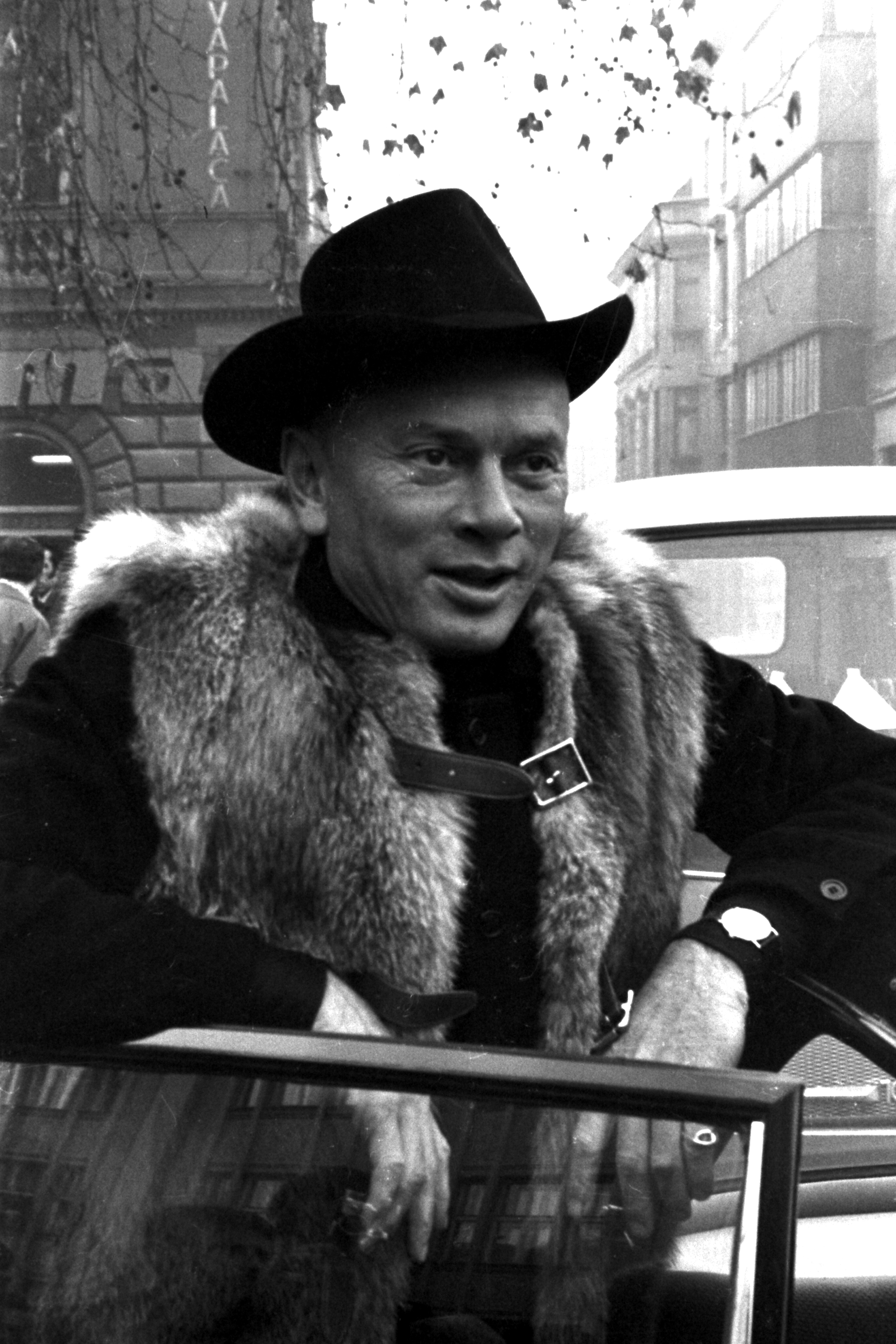 "Yul Brynner"Record of Yul Brynner, #108-18-2984. Social Security Administration. [http://ssdi.rootsweb.com Born in 1920 according to the Social Security Death Index (although some sources indicate the year was 1915)] Provo, Utah: MyFamily.com, Inc., 2006. In his biography of his father, Rock Yul Brynner, asserts that Yul Brynner was born in the later year (1920). was a Russian-born United States-based film and stage actor. He was best known for his portrayal of the King Mongkut/King of Thailand/Siam in the Rodgers and Hammerstein musical The King and I, for which he won two Tony Awards and an Academy Award for Best Actor/Academy Award for the The King and I (1956 film)/film version; he played the role 4,625 times on stage. He is also remembered as Ramesses II/Rameses II in the 1956 Cecil B. DeMille blockbuster The Ten Commandments (1956 film)/The Ten Commandments, General Bounine in the 1956 film Anastasia (1956 film)/Anastasia and Chris Adams in The Magnificent Seven. Brynner was noted for his distinctive voice and for his shaved head, which he maintained as a personal trademark long after adopting it in 1951 for his role in The King and I. Earlier, he was a model and television director, and later a photographer and the author of two books.

If you enjoy these quotes, be sure to check out other famous actors! More Yul Brynner on Wikipedia.

Whatever you do, don't do it.

I have been offered a lot for my work, but never everything. 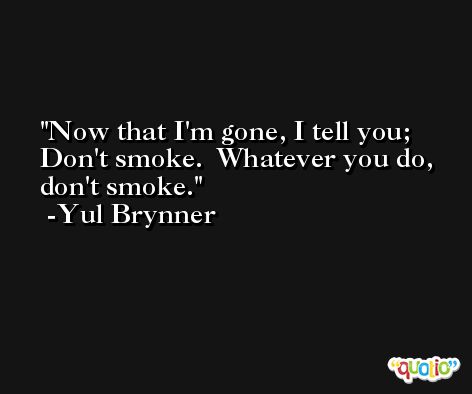 Now that I'm gone, I tell you: don't smoke, whatever you do, don't smoke.

I am just a nice, clean-cut Mongolian boy. 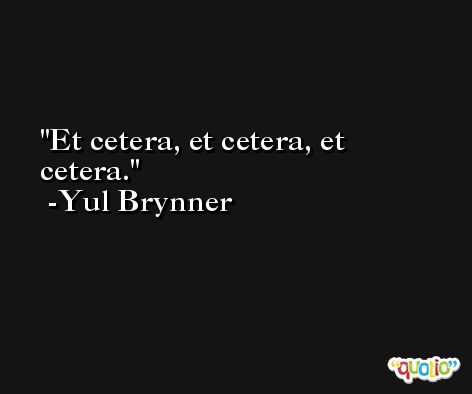 When I am dead and buried, on my tombstone I would like to have it written, "I have arrived." Because when you feel that you have arrived, you are dead.