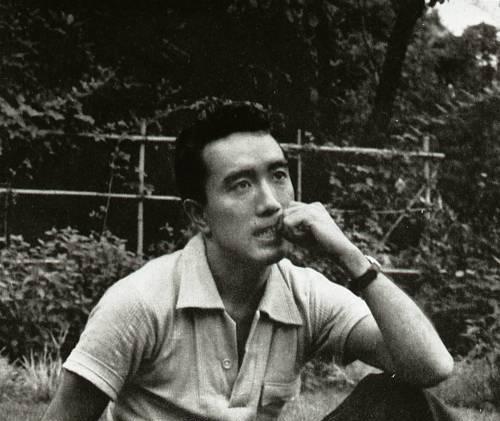 "Mishima Yukio}/?? ???/Mishima Yukio}} is the pen name of November 25, 1970}}, a Japanese author, poet, playwright, actor, and film director. Mishima is considered one of the most important Japanese authors of the 20th century; he was nominated three times for the Nobel Prize in Literature and was poised to win the prize in 1968 but lost the award to his fellow countryman Yasunari Kawabata, presumably because of his radical right-wing activities. His avant-garde work displayed a blending of modern and traditional aesthetics that broke cultural boundaries, with a focus on sexuality, death, and political change. He is remembered for his ritual suicide by seppuku after a failed coup d'état attempt, known as the "Mishima Incident".

Mishima was also known for his natural bodybuilding and modelling.

The Mishima Yukio Prize/Mishima Prize was established in 1988 to honor his life and works.

If you enjoy these quotes, be sure to check out other famous writers! More Yukio Mishima on Wikipedia.

At no time are we ever in such complete possession of a journey, down to its last nook and cranny, as when we are busy with preparations for it.