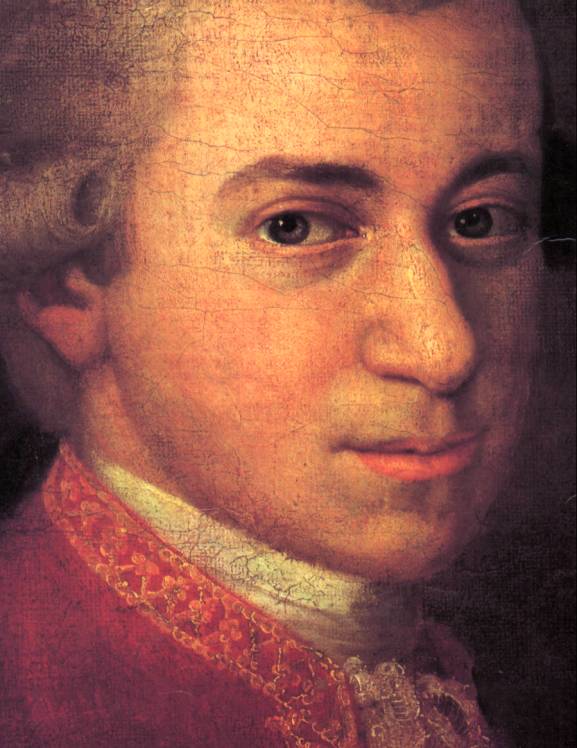 Mozart showed prodigious ability from his earliest childhood. Already competent on Keyboard instrument/keyboard and violin, he composed from the age of five and performed before European royalty. At 17, he was engaged as a court musician in Salzburg, but grew restless and travelled in search of a better position, always composing abundantly. While visiting Vienna in 1781, he was dismissed from his Salzburg position. He chose to stay in the capital, where he achieved fame but little financial security. During his final years in Vienna, he composed many of his best-known symphonies, concertos, and operas, and portions of the Requiem (Mozart)/Requiem, which was largely unfinished at the time of his death. The circumstances of his early death have been much mythologized. He was survived by his wife Constanze Mozart/Constanze and two sons.

If you enjoy these quotes, be sure to check out other famous musicians! More Wolfgang Amadeus Mozart on Wikipedia.

. . . .When I am, as it were, completely myself, entirely alone, and of good cheer - say traveling in a carriage, or walking after a good meal, or during the night when I cannot sleep - it is on such occasions that my ideas flow best, and most abundantly. Whence and how they come, I know not, nor can I force them...

Nevertheless the passions, whether violent or not, should never be so expressed as to reach the point of causing disgust; and music, even in situations of the greatest horror, should never be painful to the ear but should flatter and charm it, and thereby always remain music. 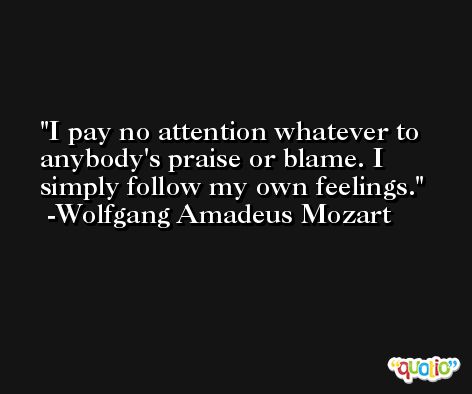