"William Maxwell" may refer to:

*William Maxwell (engraver) (c. 1766–1809), printer of the Sentinel of the Northwest Territory newspaper in Cincinnati, Ohio

The view after 70 is breathtaking. What is lacking is someone, anyone, of the older generation to whom you can turn when you want to satisfy your curiosity about some detail of the landscape of the past. There is no longer any older generation. You have become it, while your mind was mostly on other matters.

Perhaps a body of work isn't necessary for a short story writer. If you do one story that survives in an anthology, that's enough. 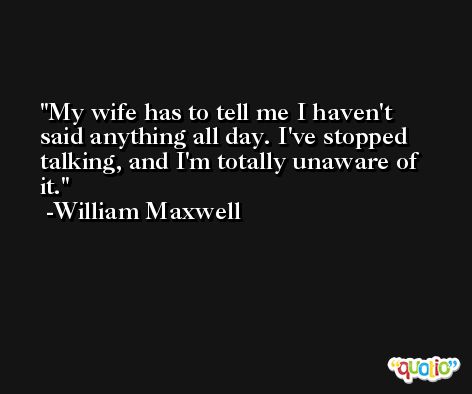 If you turn the imagination loose like a hunting dog, it will often return with the bird in its mouth. 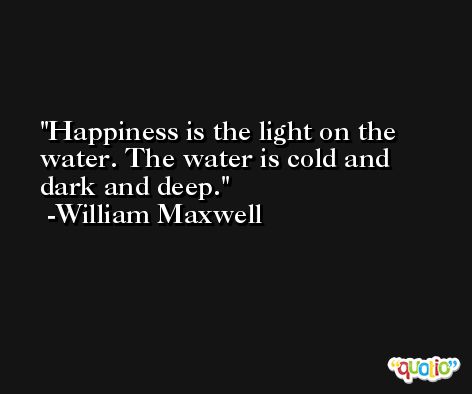 My interest in literature hasn't decreased. It just gets more passionate, actually.

No directions came with this idea. 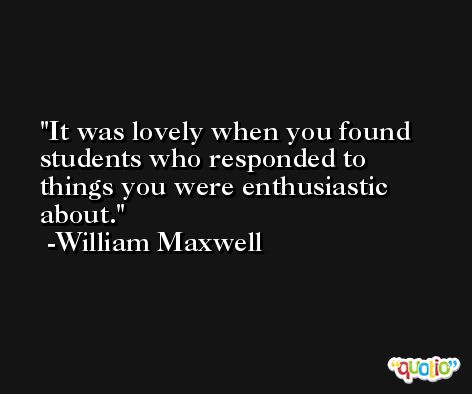