"William Manning" may refer to:

We asked ourselves, 'If we have a lot of ozone in the air on a beautiful summer afternoon, what does that do biologically to humans and plants?' .

The hardest part (of the research) is that it's done outside under natural conditions that are changing all the time. 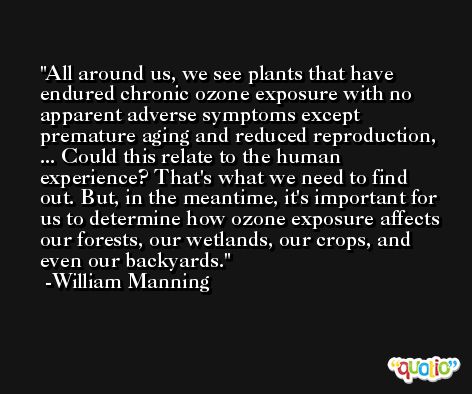 Most people think our breathable air is getting cleaner, and it is in some areas, ... We have fewer days of extremely bad air, thanks to clean air acts. But steady, day-to-day exposure to pollutants, especially ozone, is becoming more prevalent. On bad days, some plants are getting ozone at concentrations of 60 to 80 parts per billion.

It?s a very precise and accurate tool. It allows us the optimum placement of the new knee. 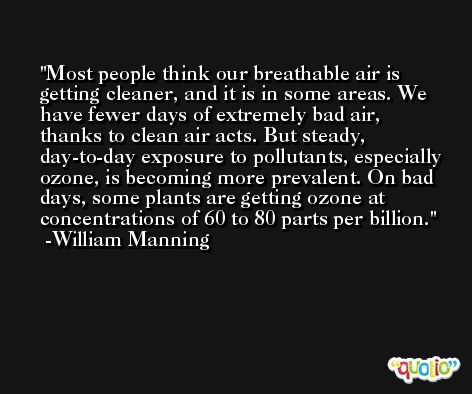