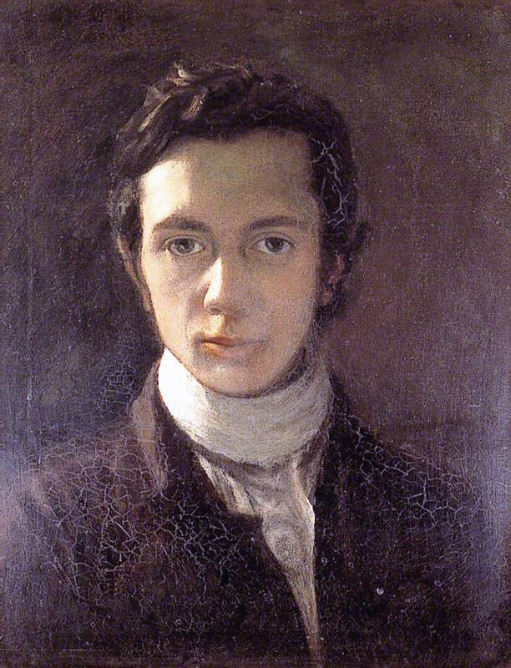 "William Hazlitt" was an English writer, remembered for his humanistic essays and literary criticism, as the greatest art critic of his age, and as a drama critic, social commentator, and philosopher. He was also a painter. He is now considered one of the great critics and essayists of the English language, placed in the company of Samuel Johnson and George Orwell. Yet his work is currently little read and mostly out of print. During his lifetime he befriended many people who are now part of the 19th-century literary canon, including Charles Lamb/Charles and Mary Lamb, Stendhal, Samuel Taylor Coleridge, William Wordsworth, and John Keats.

If you enjoy these quotes, be sure to check out other famous critics! More William Hazlitt on Wikipedia.

If you think you can win, you can win. Faith is necessary to victory.

As is our confidence, so is our capacity. 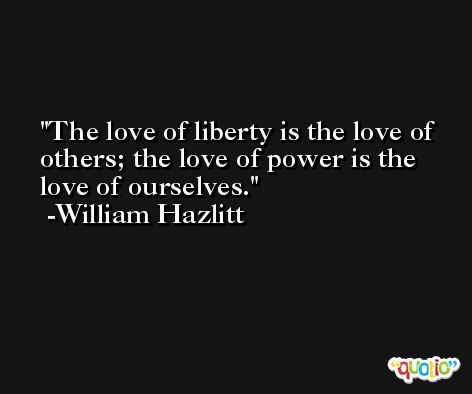 To impress the idea of power on others, they must be made in some way to feel it. 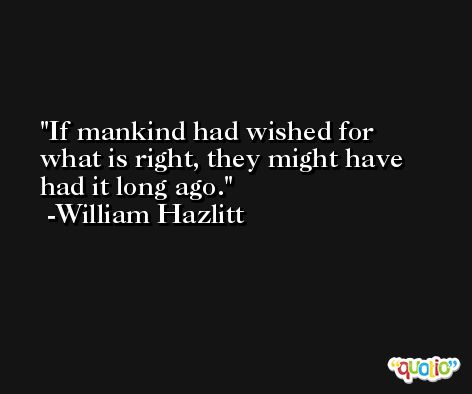 A really great man has always an idea of something greater than himself.

A strong passion for any object will ensure success, for the desire of the end will point out the means. 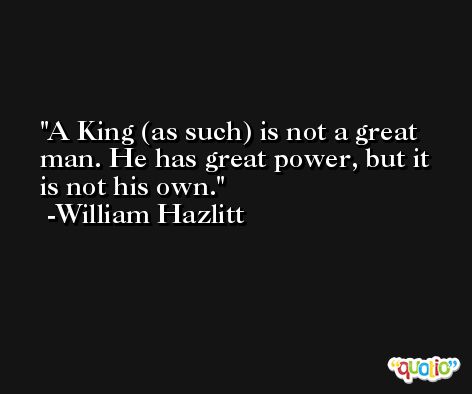 The more we do, the more we can do; the more busy we are the more leisure we have.

The most silent people are generally those who think most highly of themselves. 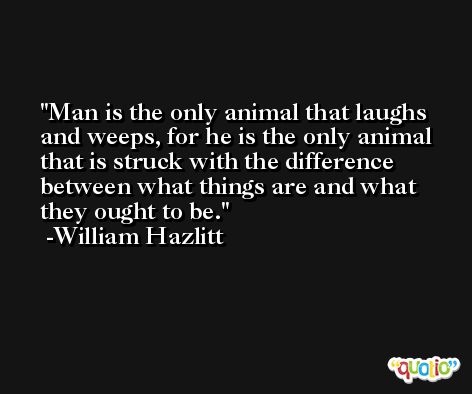 To display the greatest powers, unless they are applied to great purposes, makes nothing for the character of greatness.

No man is truly great, who is great only in his life-time. The test of greatness is the page of history. 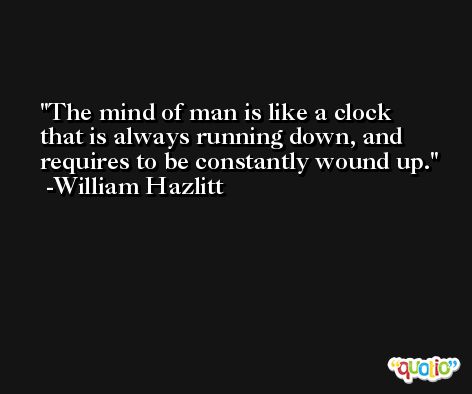 A gentle word, a kind look, a good-natured smile can work wonders and accomplish miracles. 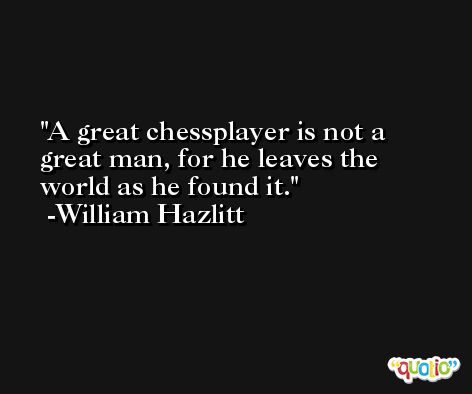 ...greatness sympathises with greatness, and littleness shrinks into itself.

Those who are at war with others are not at peace with themselves. 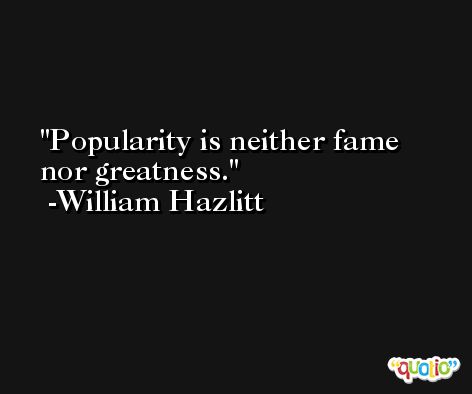 I like a friend better for having faults that one can talk about.

Without the aid of prejudice and custom I should not be able to find my way across the room. 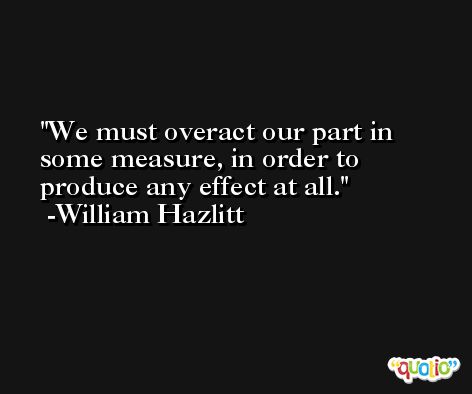 Greatness is great power, producing great effects. It is not enough that a man has great power in himself, he must shew it to all the world in a way that cannot be hid or gainsaid.

Prosperity is a great teacher; adversity a greater. 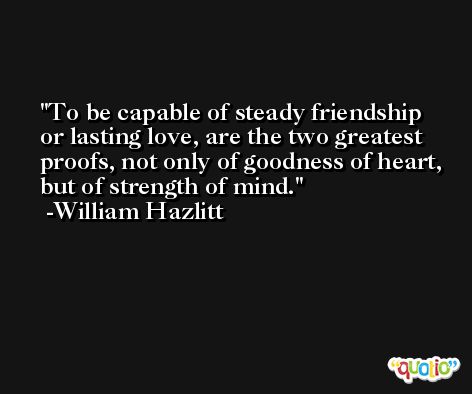 The way to procure insults is to submit to them: a man meets with no more respect than he exacts.

The definition of genius is that it acts unconsciously; and those who have produced immortal works, have done so without knowing how or why. The greatest power operates unseen. 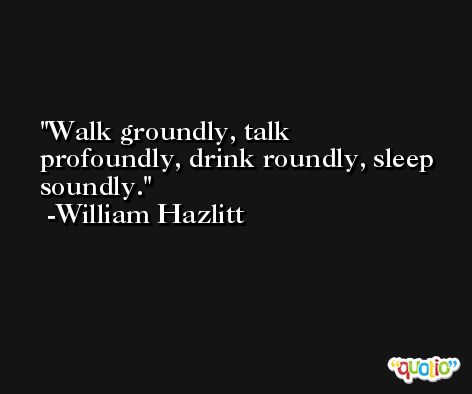