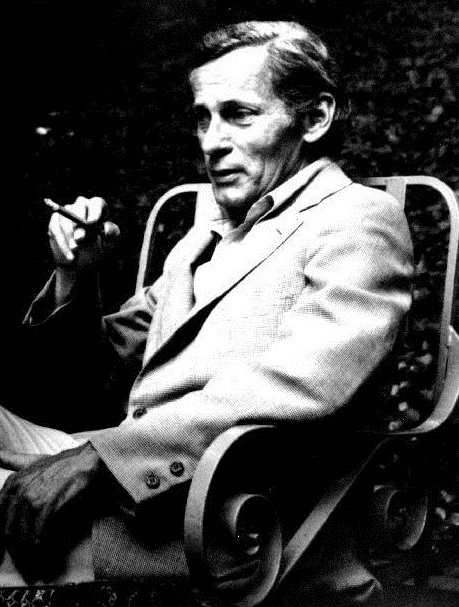 The first and longest of his five novels, The Recognitions, was named one of TIME (magazine)/TIME magazine's TIME's List of the 100 Best Novels/100 best novels from 1923 to 2005

and two others, J R and A Frolic of His Own, won the annual U.S. National Book Award for Fiction.

A collection of his essays was published posthumously as The Rush for Second Place (2002). The Letters of William Gaddis was published by Dalkey Archive Press in February 2013.

Gaddis is widely considered one of the first and most important American postmodern literature/postmodern writers.

If you enjoy these quotes, be sure to check out other famous novelists! More William Gaddis on Wikipedia. 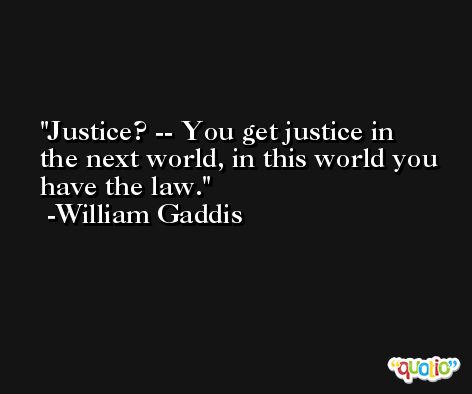 He was the only person caught in the collapse, and afterward, most of his work was recovered too, and it is still spoken of, when it is noted, with high regard, though seldom played.

How some of the writers I come across get through their books without dying of boredom is beyond me. 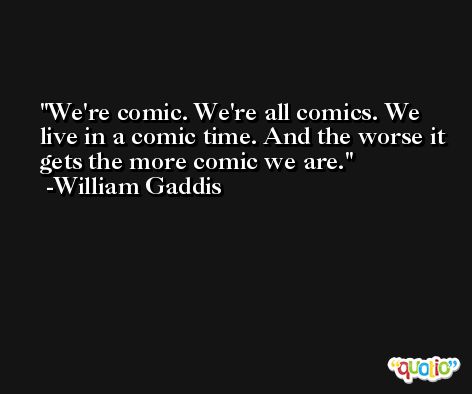 . . . That's what my work is about, the collapse of everything, of meaning, of language, of values, of art, disorder and dislocation wherever you look, entropy drowning everything in sight . . . that's what I have to go into before all my work is misunderstood and distorted and, and turned into a cartoon . . .

[T]here is nothing more distressing or tiresome than a writer standing in front of an audience and reading his work.