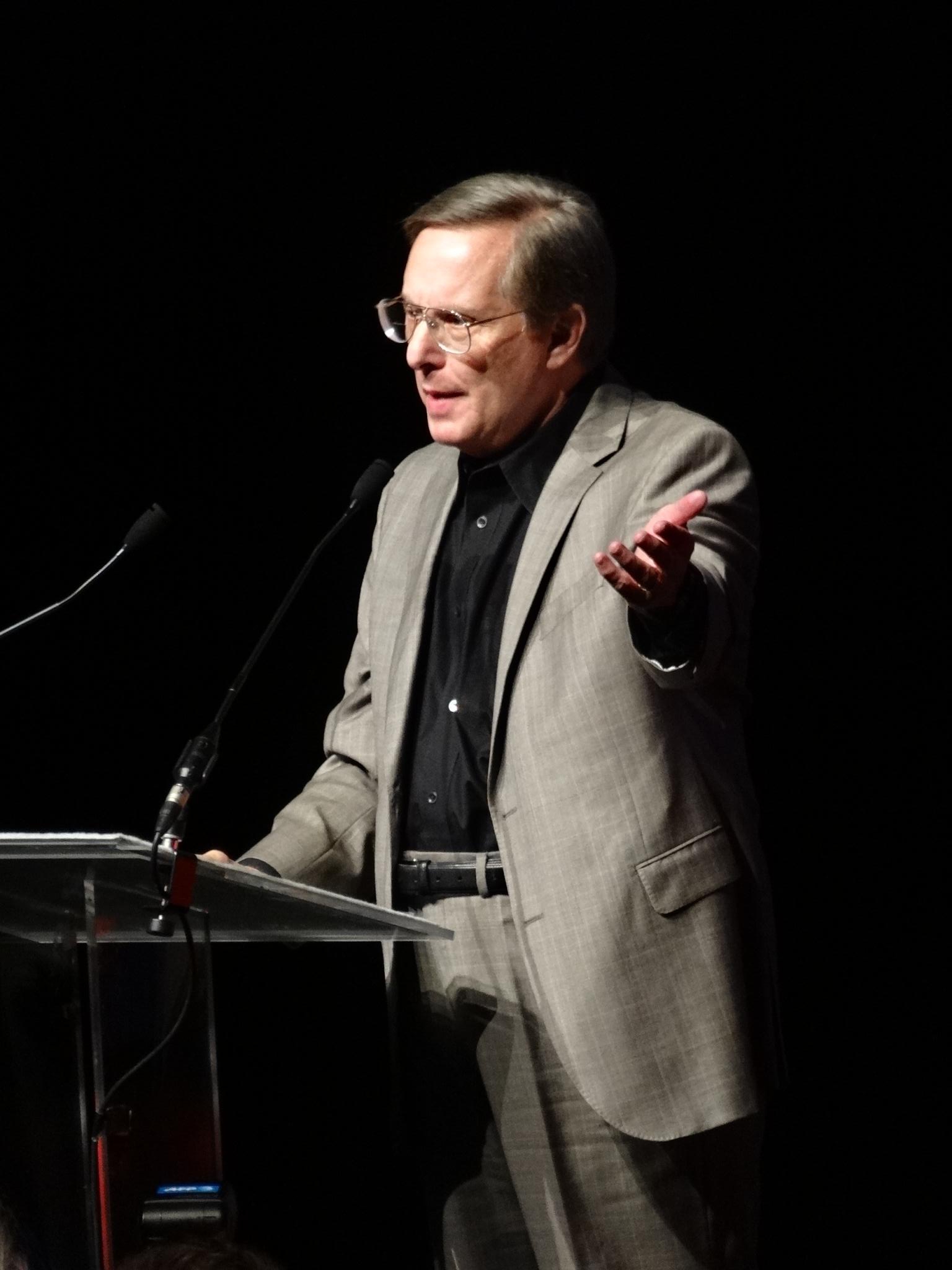 "William Friedkin" is an American film director, producer and screenwriter best known for directing The French Connection (film)/The French Connection in 1971 and The Exorcist (film)/The Exorcist in 1973; for the former, he won the Academy Award for Best Director. Some of his other films include Sorcerer (film)/Sorcerer, Cruising (film)/Cruising, To Live and Die in L.A. (film)/To Live and Die in L.A., Jade (film)/Jade, Rules of Engagement (film)/Rules of Engagement, The Hunted (2003 film)/The Hunted, Bug (2006 film)/Bug, and Killer Joe (film)/Killer Joe.

If you enjoy these quotes, be sure to check out other famous directors! More William Friedkin on Wikipedia.

I really think that sex always looks kind of funny in a movie.

I don't know about the rest of you, but I feel pressed and tense almost every day of my life about something or other. And I think it's the one thing, as I look into people's eyes, that I think I share with almost everybody. 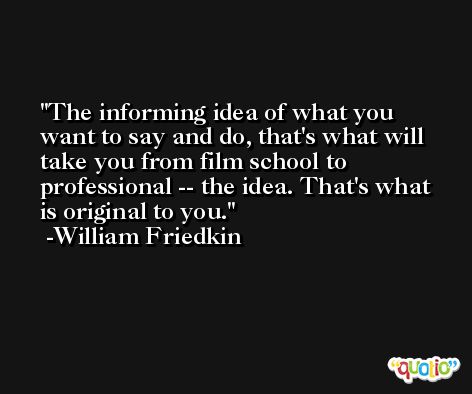 To me, film right now is dormant. It's a sleeping giant. It's the plaything of corporations. The people who determine what American film is today are no different from high rollers who go to Las Vegas. They just want to take all the money and put it on one big number and roll the dice on that number and if it craps out, next number. Next case.

I tend to be attracted to characters who are up against a wall with very few alternatives. And the film then becomes an examination of how they cope with very few options. And that's, I guess, what interests me in terms of human behavior. 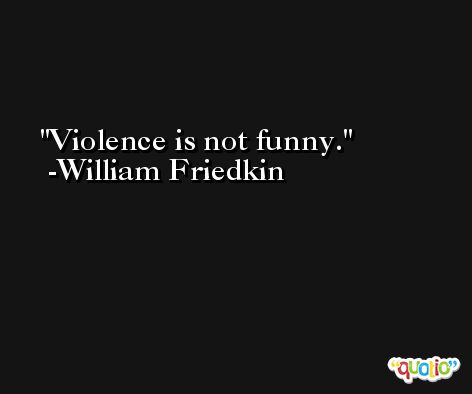 Technique is of less interest than character and story.