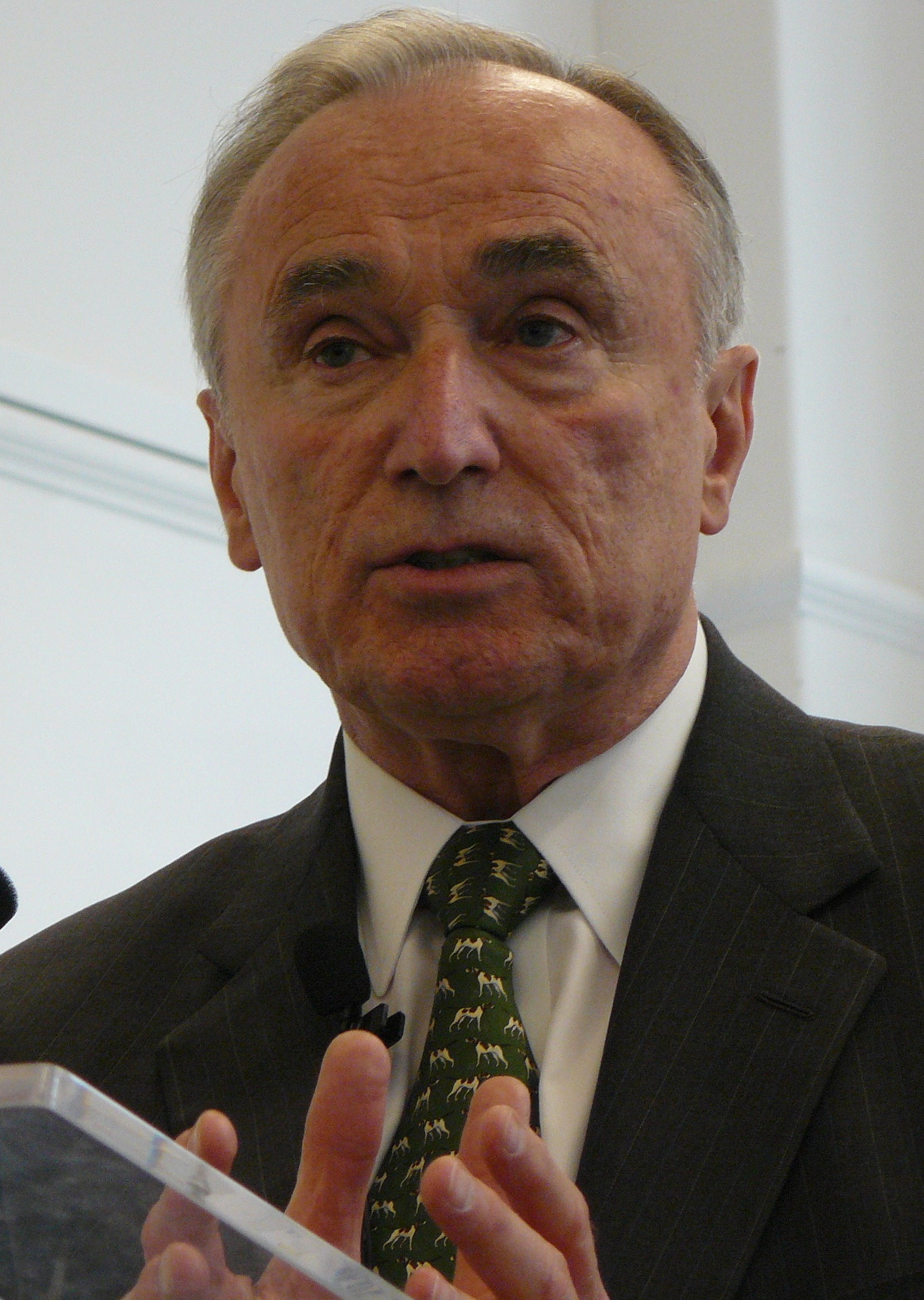 Bratton began his police career at the Boston Police Department before becoming Police Commissioner in New York City, where his zero-tolerance policy has been credited with reducing petty and violent crime. He moved to the Los Angeles Police Department in 2002 reforming the police after the 1992 Los Angeles Riots and crime was reduced.

Make no mistake about it—we dodged a bullet here, perhaps many bullets.

The reality is, kids today ... may in fact have sampled drugs some time in their life. Does that mean we should automatically disqualify them? I don't believe so. 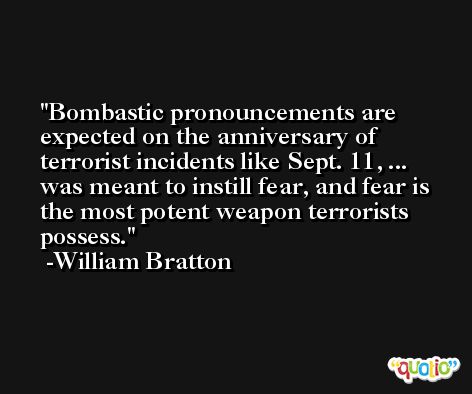 At this juncture, we feel it's just rhetoric.

Money that is spent here, even if allocated to Los Angeles, the county, the region, and the state will benefit ... because we're all about sharing what we acquire. 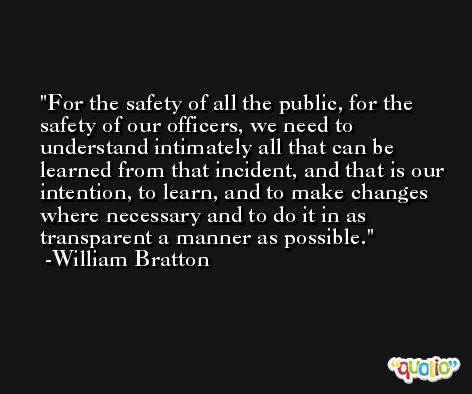 We are taking the unprecedented step of sharing what we can with you, but I am not about to give to any of you tactics that might endanger my officers.

Make no mistake about it: We dodged a bullet here, perhaps many bullets, ... As outlined in this indictment, these individuals had devised a plan, selected targets, obtained the weapons, set the date and chosen their victims. 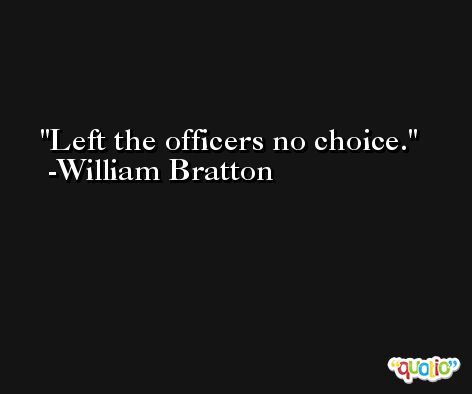