"Willa Sibert Cather" was an American literature/American author who achieved recognition for her novels of frontier life on the Great Plains, in works such as O Pioneers!, My Ántonia, and The Song of the Lark. In 1923 she was awarded the Pulitzer Prize for One of Ours (1922), a novel set during World War I.

Cather grew up in Virginia and Nebraska, and graduated from the University of Nebraska. She lived and worked in Pittsburgh for ten years. At the age of 33 she moved to New York City, her primary home for the rest of her life, though she also traveled widely and spent considerable time at her summer residence in New Brunswick, Canada.

If you enjoy these quotes, be sure to check out other famous writers! More Willa Cather on Wikipedia.

I like trees because they seem more resigned to the way they have to live than other things do.

Winter lies too long in country towns; hangs on until it is stale and shabby, old and sullen. 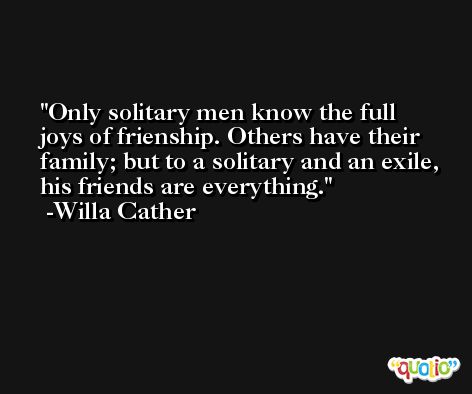 The dead might as well try to speak to the living as the old to the young.

No one can build his security upon the nobleness of another person. 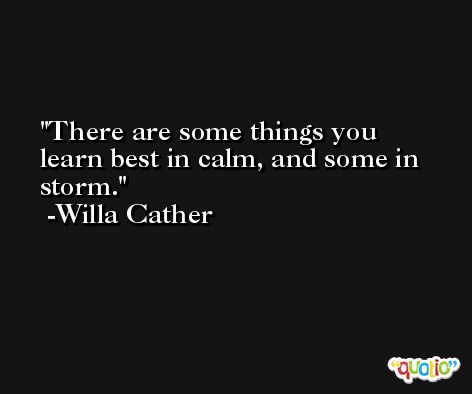 Trees were so rare in that country, and they had to make such a hard fight to grow, that we used to feel anxious about them, and visit them as if they were persons. It must have been the scarcity of detail in that tawny landscape that made detail so precious.

The history of every country begins in the heart of a man or a woman.