"William Penn Adair "Will" Rogers" was an American cowboy, vaudeville performer, humorist, social commentator and motion picture actor. He was one of the world's best-known celebrities in the 1920s and 1930s.

Known as "Oklahoma's Favorite Son", Rogers was born to a prominent Cherokee Nation (19th century)/Cherokee Nation family in Indian Territory (now part of Oklahoma). He traveled around the world three times, made 71 Cinema of the United States/movies (50 silent films and 21 "Sound film/talkies"), wrote more than 4,000 print syndication/nationally syndicated newspaper columns, and became a world-famous figure. By the mid-1930s, the American people adored Rogers. He was the leading political wit of the Progressive Era, and was the top-paid Classical Hollywood cinema/Hollywood movie star at the time. Rogers died in 1935 with aviator Wiley Post, when their small airplane crashed in Alaska.

If you enjoy these quotes, be sure to check out other famous actors! More Will Rogers on Wikipedia.

Democrats never agree on anything, that's why they're Democrats. If they agreed with each other, they would be Republicans.

If you make any money, the government shoves you in the creek once a year with it in your pockets, and all that don't get wet you can keep. 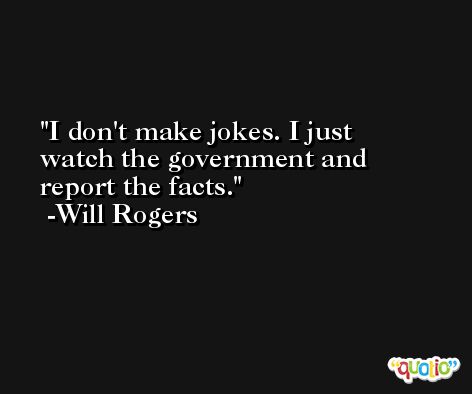 Heroing is one of the shortest-lived professions there is.

You can't say that civilization don't advance, however, for in every war they kill you in a new way. 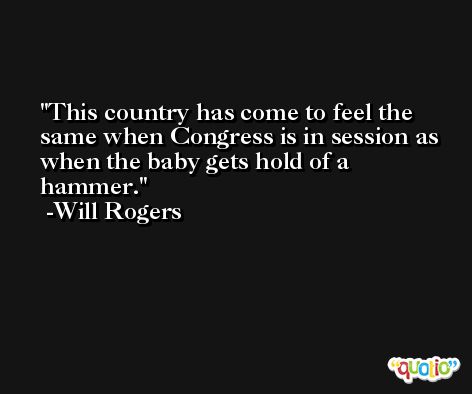 Live in such a way that you would not be ashamed to sell your parrot to the town gossip. 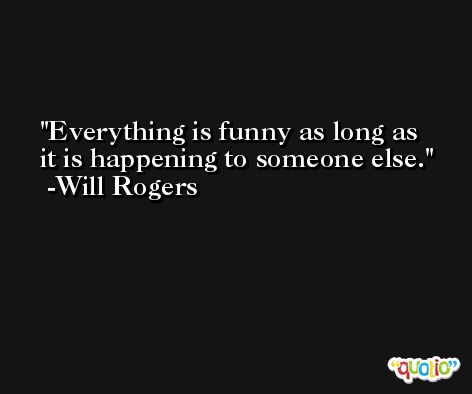 Baseball is a skilled game. It's America's game - it, and high taxes.

We can't all be heroes because somebody has to sit on the curb and clap as they go by. The income tax has made more liars out of the American people than golf has.

I belong to no organized party. I am a Democrat. 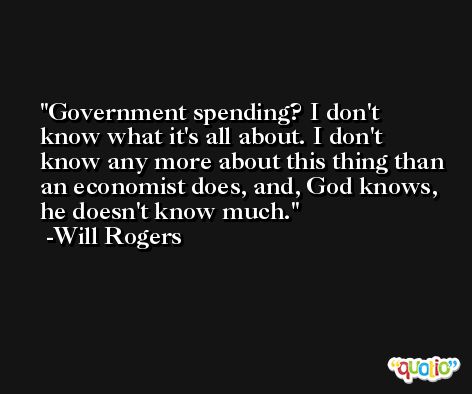 The man with the best job in the country is the vice-president. All he has to do is get up every morning and say, 'How is the president?'

You've got to go out on a limb sometimes because that's where the fruit is. The income tax has made more liars out of the American people than golf has. Even when you make a tax form out on the level, you don't know when it's through if you are a crook or a martyr.

Spinnin' a rope is fun if your neck ain't in it. Rumor travels faster, but it don't stay put as long as truth.

An ignorant person is one who doesn't know what you have just found out. The more you read and observe about this Politics thing, you got to admit that each party is worse than the other. The one that's out always looks the best.

Half our life is spent trying to find something to do with the time we have rushed through life trying to save. Alexander Hamilton started the U.S. Treasury with nothing -- and that was the closest our country has ever been to being even.

The best doctor in the world is the veterinarian. He can't ask his patients what is the matter-he's got to just know.