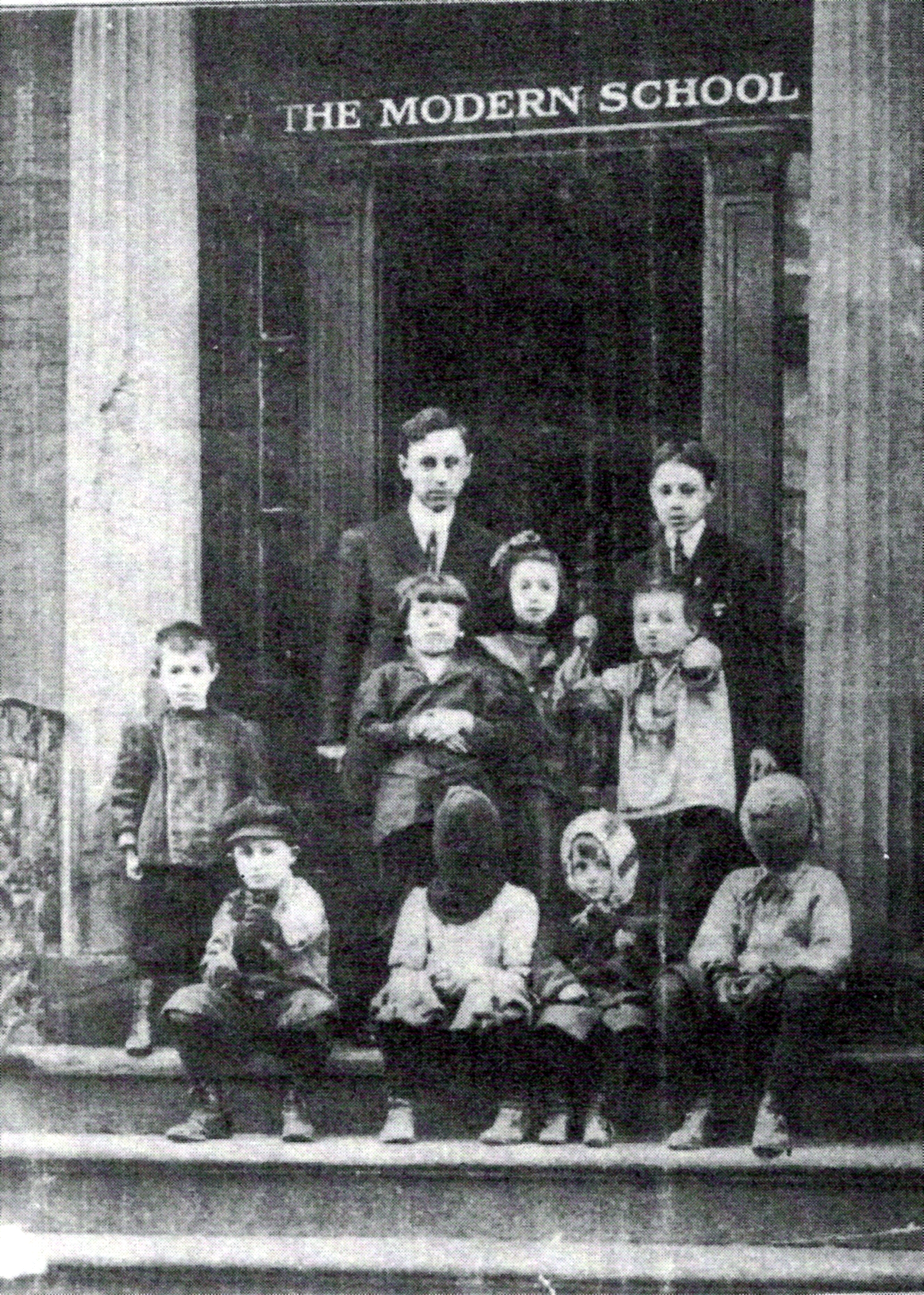 "William James Durant" was an American writer, historian, and philosopher. He is best known for The Story of Civilization, 11 volumes written in collaboration with his wife Ariel Durant and published between 1935 and 1975. He was earlier noted for The Story of Philosophy, written in 1926, described as "a groundbreaking work that helped to popularize philosophy".

He conceived of philosophy as total perspective, or, seeing things sub specie totius, a phrase inspired by Spinoza's sub specie aeternitatis. He sought to unify and humanize the great body of historical knowledge, which had grown voluminous and become fragmented into esoteric specialties, and to vitalize it for contemporary application.

Will and Ariel Durant were awarded the Pulitzer Prize for General Non-Fiction in 1968 and the Presidential Medal of Freedom in 1977.

If you enjoy these quotes, be sure to check out other famous historians! More Will Durant on Wikipedia.

Education is a progressive discovery of our own ignorance.

Knowledge is the eye of desire and can become the pilot of the soul. 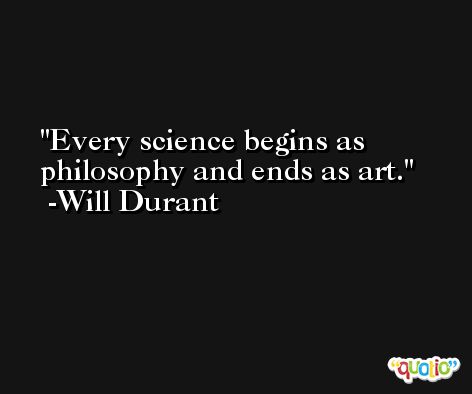 Education is the transmission of civilization.

To speak ill of others is a dishonest way of praising ourselves. Nothing is often a good thing to say, and always a clever thing to say. 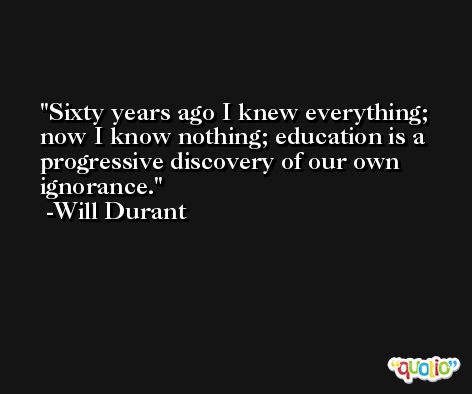 It is an illuminating sign of beauty's generation by desire, that when the object of desire is securely won, the sense of its beauty languishes; few men are philosopher enough to desire what they have, and fewer still can find beauty in what no longer stirs desire.

The most interesting thing in the world is another human being who wonders, suffers and raises the questions that have bothered him to the last day of his life, knowing he will never get the answers. 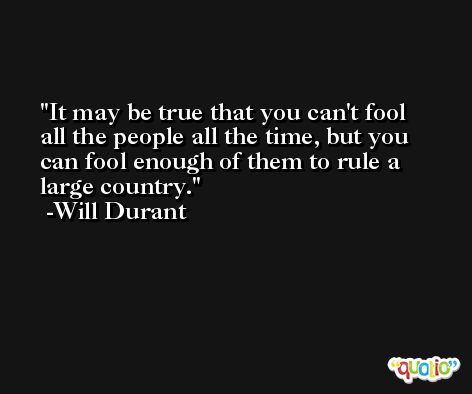 Civilization exists by geological consent, subject to change without notice.

Science gives us knowledge, but only philosophy can give us wisdom. 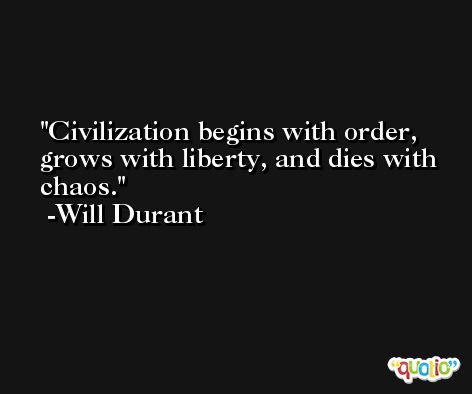 One of the lessons of history is that nothing is often a good thing to do and always a clever thing to say.