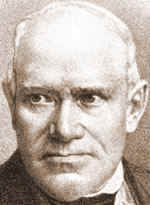 "Wilhelm" (later "William") "Steinitz" (May 17, 1836 – August 12, 1900) was an Austrian and later American chess player and the first undisputed World Chess Championship/world chess champion from 1886 to 1894. When discussing chess history from the 1870s onwards, commentators have debated whether Steinitz was effectively the champion earlier. Steinitz lost his title to Emanuel Lasker in 1894 and also lost a rematch in 1896–97.

Statistical rating systems give Steinitz a rather low ranking among world champions, mainly because he took several long breaks from competitive play. However, an analysis based on one of these rating systems shows that he was one of the most dominant players in the history of the game. Steinitz was unbeaten in over 25 years of match play.

Chess is not for timid souls.

Fame, I have already. Now I need the money. 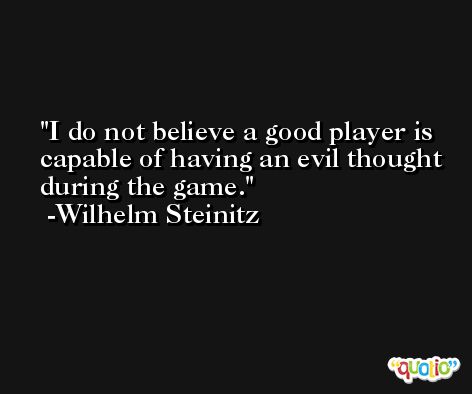 Only the player with the initiative has the right to attack.

Capture of the adverse King is the ultimate but not the first object of the game. 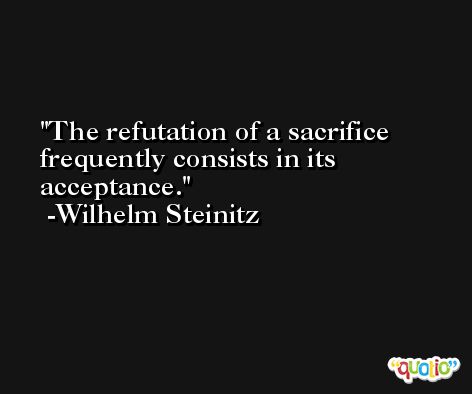 When you have an advantage, you are obliged to attack; otherwise you are endangered to lose the advantage.

A sacrifice is best refuted by accepting it. 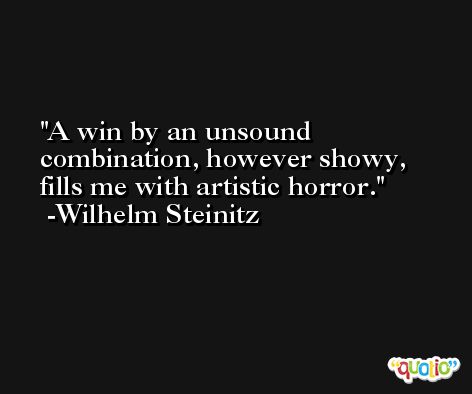