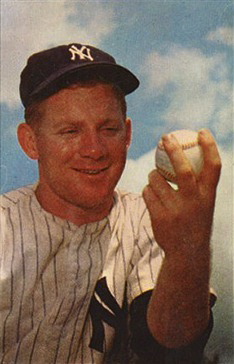 "Edward Charles "Whitey" Ford"Some sources, such as Retrosheet, claim a 1926 birthdate. is an American former Major League Baseball pitcher who spent his entire 16-year career with the New York Yankees. He was voted into the Baseball Hall of Fame in 1974.

If you enjoy these quotes, be sure to check out other famous athletes! More Whitey Ford on Wikipedia.

When Mel came up in 1964 in the middle of the season, I was his pitching coach, but I was also pitching every fourth day besides. Yogi Berra was our manager. That's why it was all screwed up. 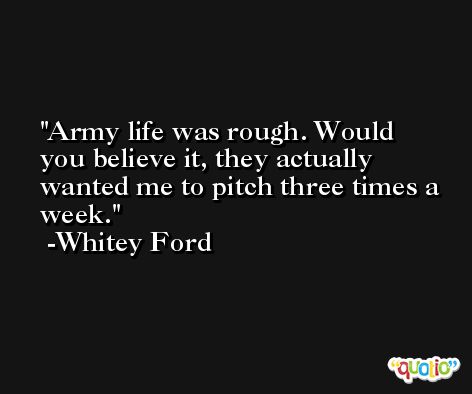 You would be amazed how many important outs you can get by working the count down to where the hitter is sure you're going to throw to his weakness, and then throw to his power instead. 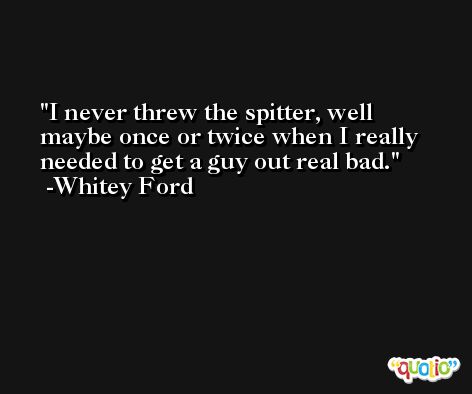 I didn't begin cheating until late in my career, when I needed something to help me survive. I didn't cheat when I won the twenty-five games in 1961. I don't want anybody to get any ideas and take my Cy Young Award away. And I didn't cheat in 1963 when I won twenty-four games. Well, maybe a little. 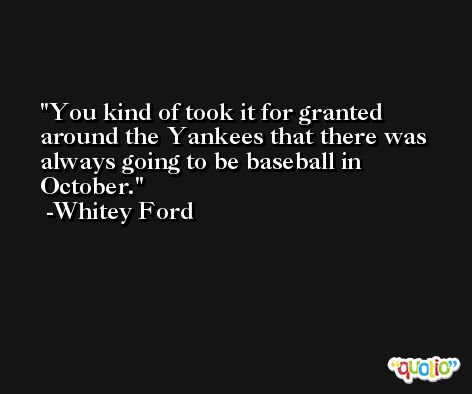