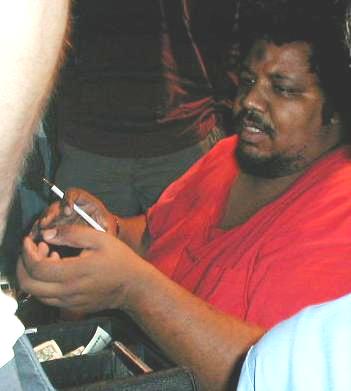 "Wesley Willis" was an American singer-songwriter and visual arts/visual artist from Chicago. Diagnosed with schizophrenia in 1989, Willis began a career as an underground music/underground singer-songwriter in the outsider music tradition, with songs featuring his bizarre, humorous and often obscene lyrics sung over the Electronic keyboard#Concepts and definitions/auto accompaniment feature on his Technics (brand)/Technics KN electronic keyboard.

Willis gained an enormous cult following in the 1990s, mainly upon the release of Greatest Hits in 1995 on the Alternative Tentacles label. The album was released at the urging of punk rock pioneer Jello Biafra who compiled its tracklist. In addition to a large body of solo musical work, Willis fronted his own punk rock band, the Wesley Willis Fiasco. He was also a visual artist long before his forays into music, producing hundreds of intricate, unusual, colored ink-pen drawings, most of them of Chicago streetscapes and Chicago Transit Authority/CTA buses.

If you enjoy these quotes, be sure to check out other famous musicians! More Wesley Willis on Wikipedia.

Put me on torture hell rides. 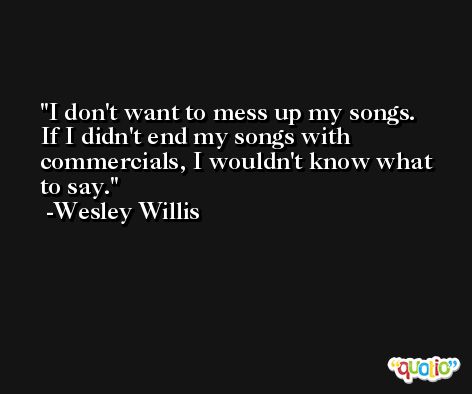 You're my sweetheart to the max. I love you like Crispy Critters. 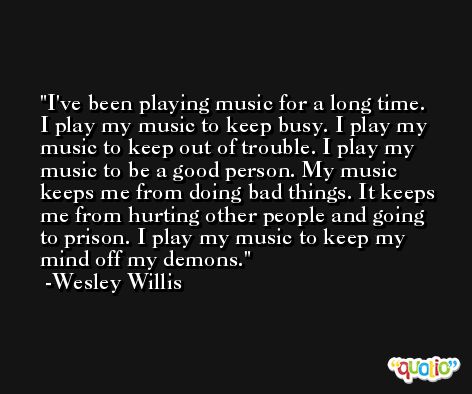 Quit shouting those rerun songs at me.

Take me off on harmony joy rides. 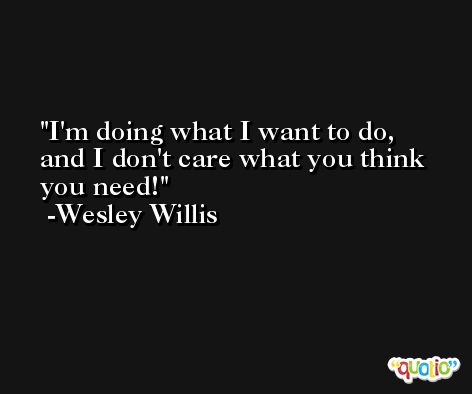