"Wayne B. Barlow" was an American composer of contemporary classical music. He was also a professor of music, organist, and choir director.

Barlow received bachelor's, master's, and doctoral degrees from the Eastman School of Music, majoring in composition and theory and becoming in 1937 the first American to receive a doctorate in music composition. He also studied with Arnold Schoenberg in California, as well as with Myron Schaeffer, the director of the Electronic Music Laboratory at the University of Toronto. He served as a professor at the Eastman School of Music from 1937 to 1978, where he directed the Electronic Music Studio from 1968 to 1978, and also served as Dean of Graduate Studies from 1973 to 1978. From 1978 to 1996 he held the position of Emeritus Professor of Composition at the Eastman School of Music. His notable students include James Cohn, Lucrecia Kasilag, Samuel Jones (composer)/Samuel Jones, Robert Jordahl, Norma Wendelburg, Martin Mailman, Charles Edward Carter (b. 1926), Warner Hutchison, Raymond Helble, Don Freund, Robert Mols, Michael Richard Miller (b. 1932), Edwin Childs, Richard Lane (composer)/Richard Lane, and Thom Ritter George.

Among his best-known compositions is The Winter's Passed, for oboe and string orchestra.

Well, this is my Jake. And I'm Elwood. That's all I can say. We're just having as much fun as those guys did.

So, I think it's one of the few that are actually still rolling around. 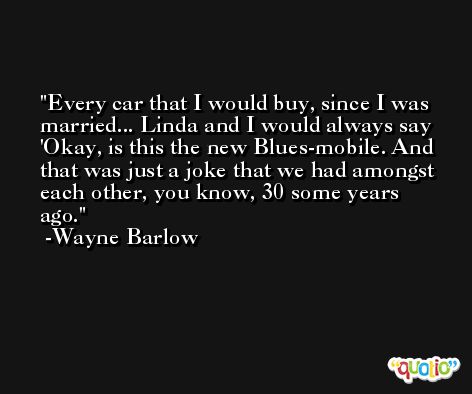 And this car was sitting along side the road. So, we went in and asked the lady behind the counter if this was one of the real Blues-mobiles. She said yes, that her and her husband owned it, and she had driven it to work that day.