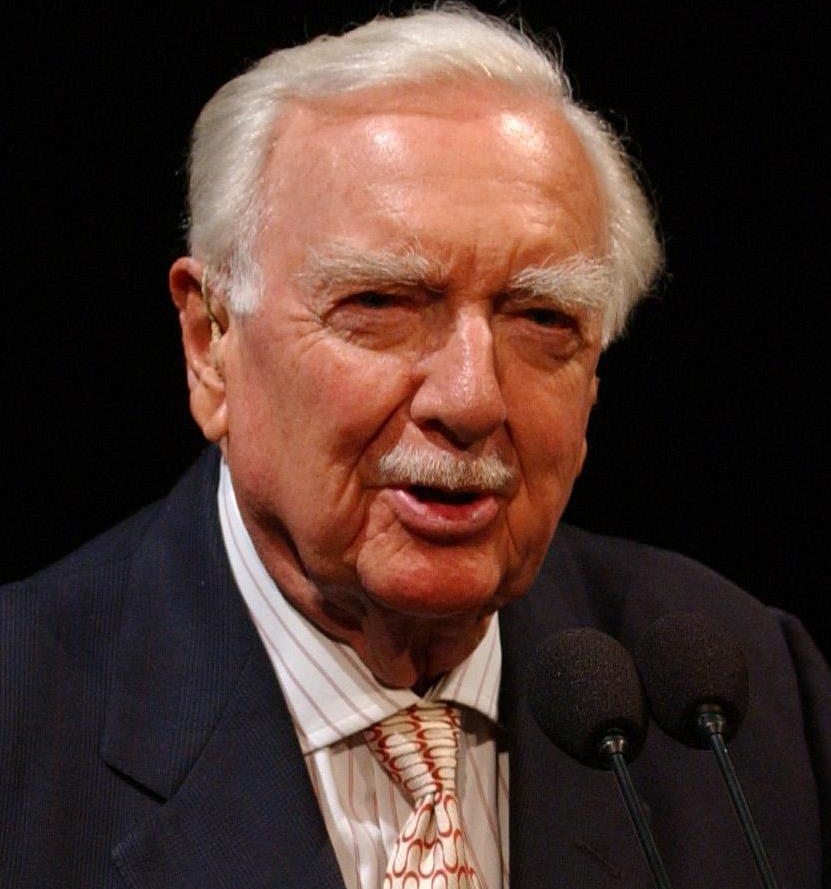 "Walter Leland Cronkite, Jr." was an American Broadcast journalism/broadcast journalist, best known as anchorman for the CBS Evening News for 19 years (1962–81). During the heyday of CBS News in the 1960s and 1970s, he was often cited as "the most trusted man in America" after being so named in an opinion poll. He reported many events from 1937 to 1981, including bombings in World War II; the Nuremberg trials; combat in the Vietnam War; Watergate; the Iran Hostage Crisis; and the assassinations of Assassination of John F. Kennedy/President John F. Kennedy, civil rights pioneer Martin Luther King, Jr., and The Beatles/Beatles musician Death of John Lennon/John Lennon. He was also known for his extensive coverage of the U.S. space program, from Project Mercury to the Apollo program/Moon landings to the Space Shuttle. He was the only non-NASA recipient of a Moon-rock award. Cronkite is well known for his departing catchphrase "And that's the way it is," followed by the date on which the appearance aired.

If you enjoy these quotes, be sure to check out other famous journalists! More Walter Cronkite on Wikipedia.

Television [is] a high-impact medium. It does some things no other force can do-transmitting electronic pictures through the air. Still, as an explored, comprehensive medium, it is not a substitute for print.

The great sadness of my life is that I never achieved the hour newscast, which would not have been twice as good as the half-hour newscast, but many times as good. 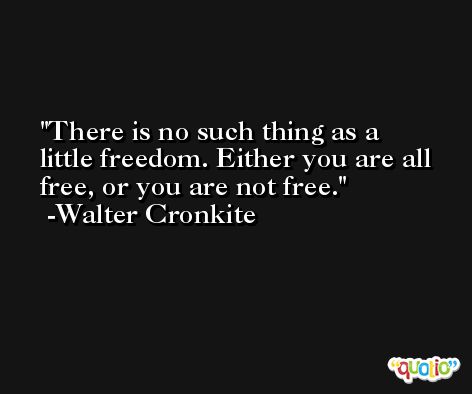 When Moses was alive, these pyramids were a thousand years old Here began the history of architecture. Here people learned to measure time by a calendar, to plot the stars by astronomy and chart the earth by geometry. And here they developed that most awesome of all ideas - the idea of eternity.

Everything is being compressed into tiny tablets. You take a little pill of news every day - 23 minutes - and that's supposed to be enough. 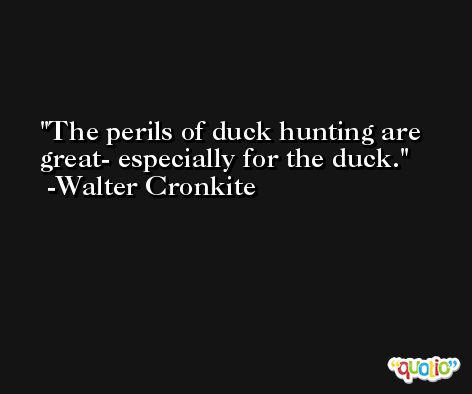 This opens the door on another chapter of history.

I think it is absolutely essential in a democracy to have competition in the media, a lot of competition, and we seem to be moving away from that.