Kyle was an American Hockey League head coach with both the Baltimore Bandits and Hamilton Bulldogs.

I was real disappointed with the play in the third period. I was certainly unhappy that we didn't generate more offense and put some pressure on their net. That's not the way to [win] against a good opponent.

I thought this was the way the game should be played. I don't know if we've got too many mothers running hockey or what. 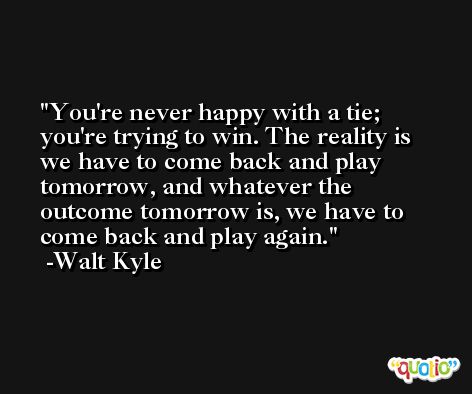 We talked about the importance of collecting wins at home. We need to get wins right now. If you have an opportunity to sweep an opponent at home you need to do it.

We have a chance to compete for a medal and only four other (American) teams have won one of those. In my opinion, that would be a solid accomplishment. But am I disappointed that we aren't competing for a gold or silver? Absolutely. That was our target. 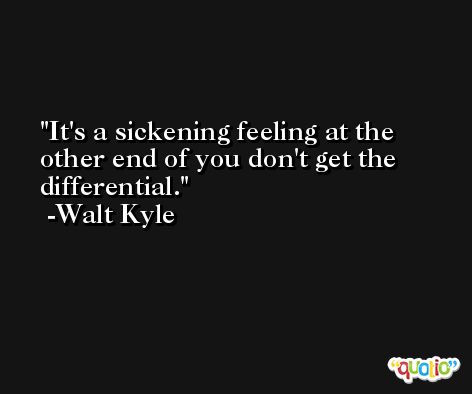 I would rather tame a tiger than try to paint stripes on one. I would rather have (that ability to play on the edge) in a player. It's not a negative. It's a gift he has.

There have been four other (American) teams in 30 years that have won medals at the world junior championship. If we're fortunate enough to be able to do that, in my opinion, that's a solid accomplishment and I would absolutely be proud of that. 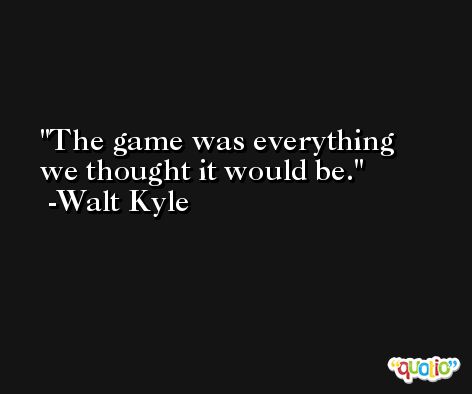