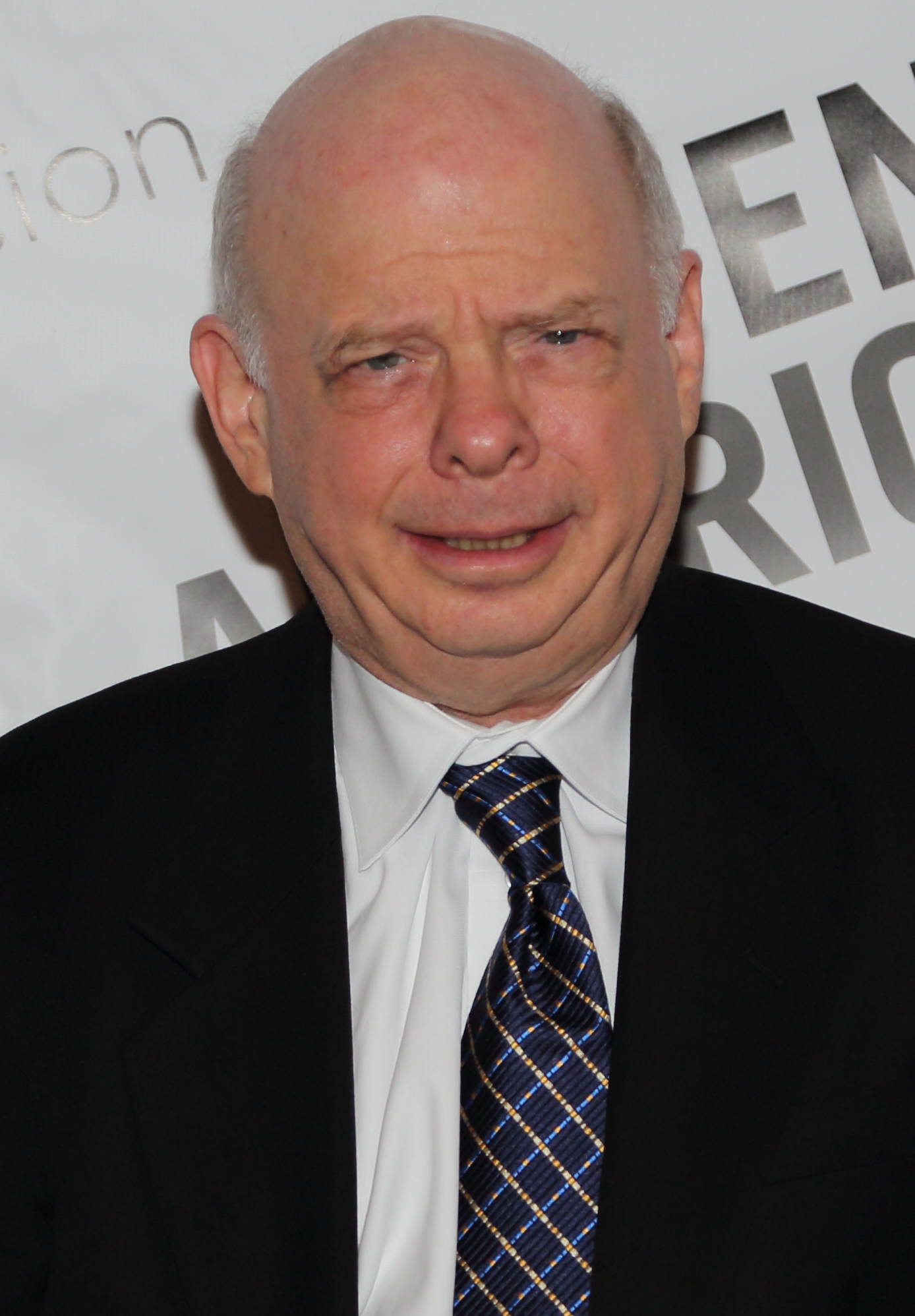 "Wallace Michael" ""Wally"" "Shawn" is an United States/American stand-up comedian, actor, singer, dancer, playwright, essayist, voice artist, and comedian, best known for appearing in films, such as Wally Shawn in the Louis Malle-directed comedy-drama My Dinner with Andre (1981), Vizzini in The Princess Bride (film)/The Princess Bride (1987), providing the voice of List of Toy Story characters#Rex/Rex in the Toy Story (franchise)/Toy Story franchise, providing the voice of List of The Incredibles characters#Gilbert Huph/Gilbert Huph in The Incredibles (2004), and providing the voice of Calico in Cats & Dogs: The Revenge of Kitty Galore (2010), replacing Jon Lovitz. He also starred in a variety of television series, including Gossip Girl and recurring appearances as Grand Nagus Zek in Star Trek: Deep Space Nine (1993–1999).

His plays include The Designated Mourner, Aunt Dan and Lemon, and Grasses of a Thousand Colors. He also co-wrote the screenplay for My Dinner with Andre with Andre Gregory, and he scripted Vanya on 42nd Street, a film adaptation of Anton Chekov's play Uncle Vanya. His latest film from June 2014 was A Master Builder based on the play by Henrik Ibsen.

If you enjoy these quotes, be sure to check out other famous actors! More Wallace Shawn on Wikipedia.

I sincerely believe that if Bush and Cheney recognized the full humanity of other people's mothers around the world, they wouldn't commit the crimes they commit. 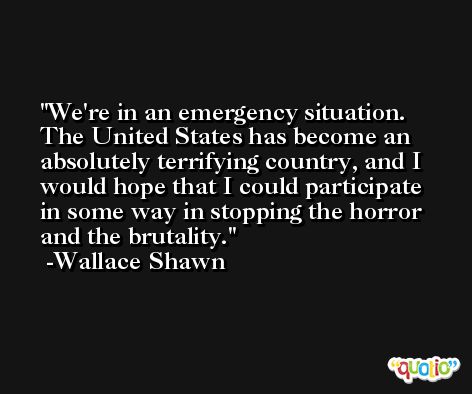 For me, a play is a form of writing which isn't complete until it is interpreted by actors. But it's still a form of writing. And so most of my time is spent thinking about how to write a sentence.

I never planned to be an actor. It turned out I could make a living doing it. 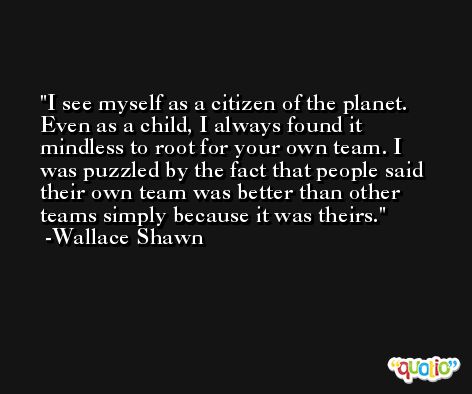 If my relation to each and every peasant in Cambodia is indeed exactly what the principles of morality would demand it to be, it's a miraculous coincidence, because it takes a lot of effort to behave correctly in regard to my friends, and from one end of the year to another I never give those peasants a single thought.

Anyone who might not like us or what we do would find this tale of our childhood nauseating.