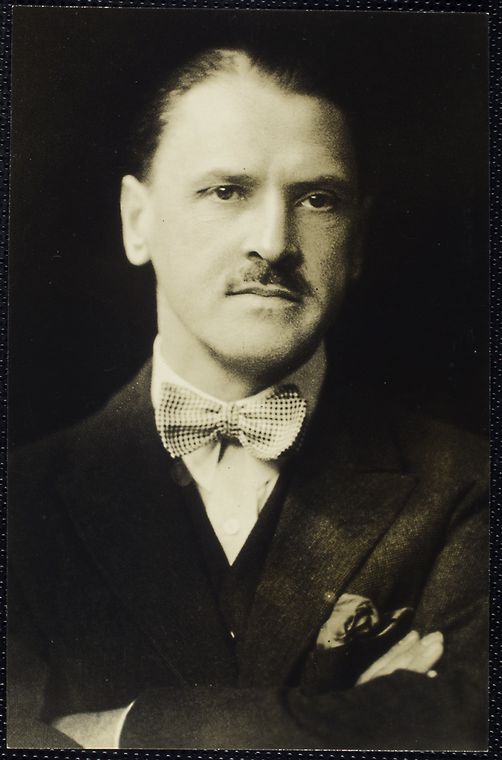 "William Somerset Maugham" Order of the Companions of Honour/CH was a British playwright, novelist and short story writer. He was among the most popular writers of his era and reputedly the highest paid author during the 1930s.

After losing both his parents by the age of 10, Maugham was raised by a paternal uncle who was emotionally cold. Not wanting to become a lawyer like other men in his family, Maugham eventually trained and qualified as a medical doctor (physician). The first run of his first novel, Liza of Lambeth (1897), sold out so rapidly that Maugham gave up medicine to write full-time.

During the First World War, he served with the Red Cross and in the ambulance corps, before being recruited in 1916 into the British Secret Intelligence Service, for which he worked in Switzerland and Russia before the October Revolution of 1917. During and after the war, he travelled in India and Southeast Asia; all of these experiences were reflected in later short stories and novels.

If you enjoy these quotes, be sure to check out other famous playwrights! More W. Somerset Maugham on Wikipedia.

Tao. Some of us look for the Way in opium and some in God, some of us in whiskey and some in love. It is all the same Way and it leads nowhither.

Sometimes people carry to such perfection the mask they have assumed that in due course they actually become the person they seem.

The fact that a great many people believe something is no guarantee of its truth.

Perhaps the most important use of money - It saves time. Life is so short, and there's so much to do, one can't afford to waste a minute; and just think how much you waste, for instance, in walking from place to place instead of going by bus and in going by bus instead of by taxi. 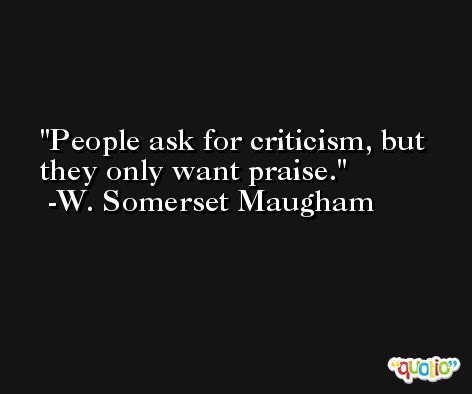 A mother only does her children harm if she makes them the only concern of her life.

Nothing in the world is permanent, and we're foolish when we ask anything to last, but surely we're still more foolish not to take delight in it while we have it. If change is of the essence of existence one would have thought it only sensible to make it the premise of our philosophy. 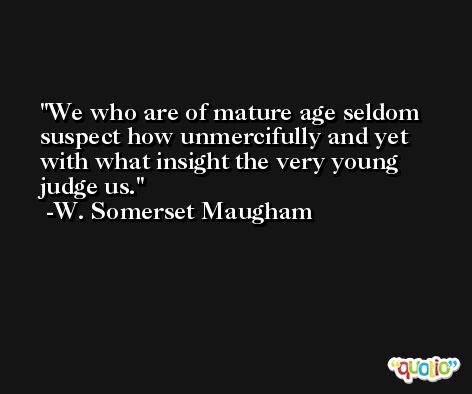 The dead look so terribly dead when they're dead.

It is an illusion that youth is happy, an illusion of those who have lost it; but the young know they are wretched for they are full of the truthless ideal which have been instilled into them, and each time they come in contact with the real, they are bruised and wounded. 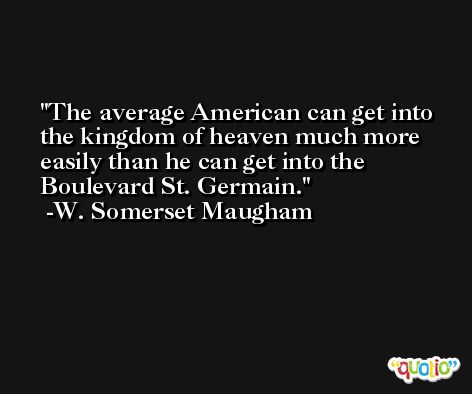 There are few things so pleasant as a picnic eaten in perfect comfort.

It's asking a great deal that things should appeal to your reason as well as your sense of the aesthetic. 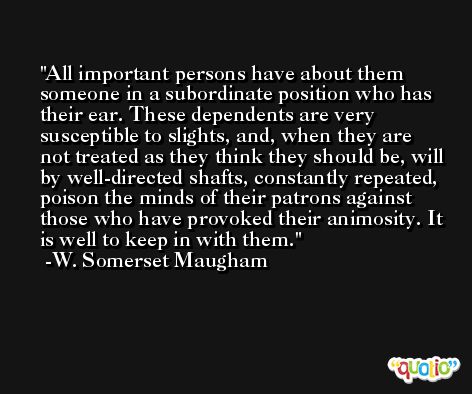 I like manual labor. Whenever I've got waterlogged with study, I've taken a spell of it and found it spiritually invigorating.

I don't think of the past. The only thing that matters is the everlasting present. 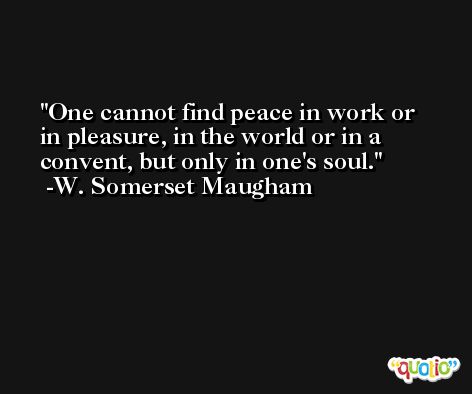 We didn't think much in the air corps of a fellow who wangled a cushy job out of his C.O. by buttering him up. It was hard for me to believe that God thought much of a man who tried to wangle salvation by fulsome flattery. I should have thought the worship most pleasing to him was to do your best according to your lights.

It is not wealth one asks for, but just enough to preserve one's dignity, to work unhampered, to be generous, frank and independent. 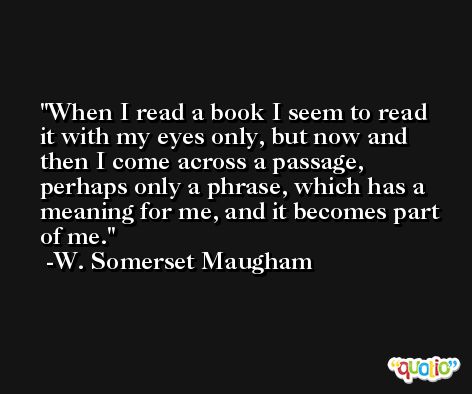 To write simply is as difficult as to be good.

I'm not only my spirit buy my body, and who can decide how much I, my individual self, am conditioned by the accident of my body? Would Byron have been Byron but for his club foot, or Dostoyevsky Dostoyevsky without his epilepsy? 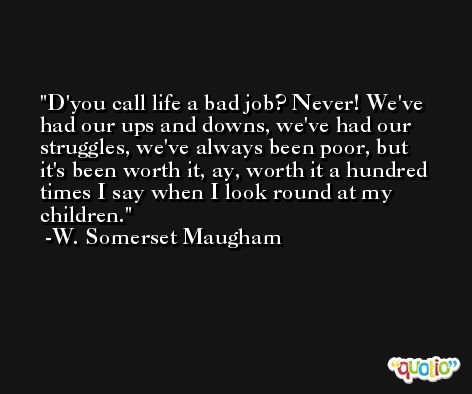 A woman can forgive a man for the harm he does her...but she can never forgive him for the sacrifices he makes on her account.

It's always difficult to make conversation with a drunk, and there's no denying it, the sober are at a disadvantage with him. 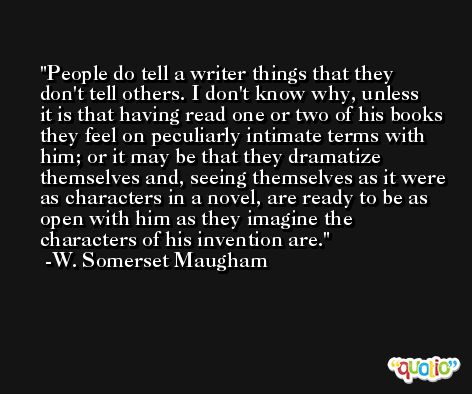 Often the best way to overcome desire is to satisfy it.

As if a woman ever loved a man for his virtue. 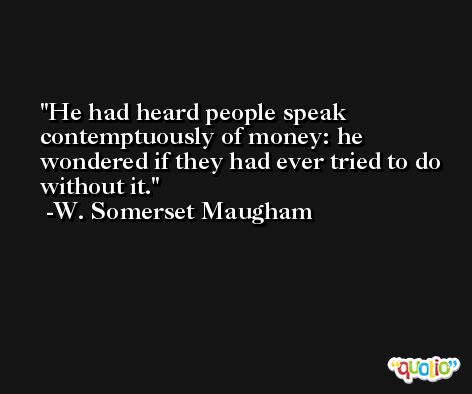