"William Edwards Deming" was an American engineer, statistician, professor, author, lecturer, and management consultant. Educated initially as an electrical engineer and later specializing in mathematical physics, he helped develop the sampling techniques still used by the U.S. Department of the Census and the Bureau of Labor Statistics.

In his book The New Economics for Industry, Government, and Education, Deming championed the work of Dr. Walter Shewhart, including Statistical Process Control, Operational Definitions, and what Deming called The Shewhart Cycle which had evolved into PDSA (Plan-Do-Study-Act). This was in response to the growing popularity of PDSA, which Deming viewed as tampering with the meaning of Shewhart's original work. Deming is best known for his work in Japan after WWII, particularly his work with the leaders of Japanese industry. That work began in August 1950 at the Hakone Convention Center in Tokyo when Deming delivered a seminal speech on what he called Statistical Product Quality Administration. Many in Japan credit Deming as the inspiration for what has become known as the Japanese post-war economic miracle of 1950 to 1960, when Japan rose from the ashes of war to become the second most powerful economy in the world in less than a decade, founded on the ideas Deming taught:

If you enjoy these quotes, be sure to check out other famous scientists! More W. Edwards Deming on Wikipedia.

Learning is not compulsory... neither is survival.

The result of long-term relationships is better and better quality, and lower and lower costs. 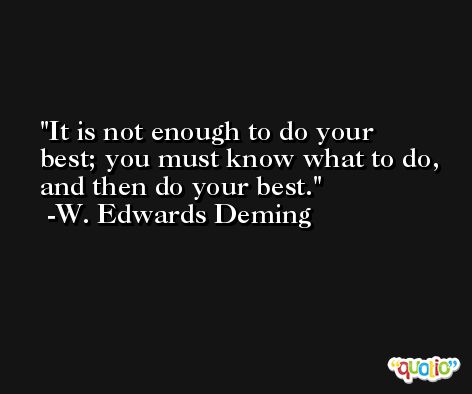 We are here to make another world.

Profit in business comes from repeat customers, customers that boast about your project or service, and that bring friends with them. 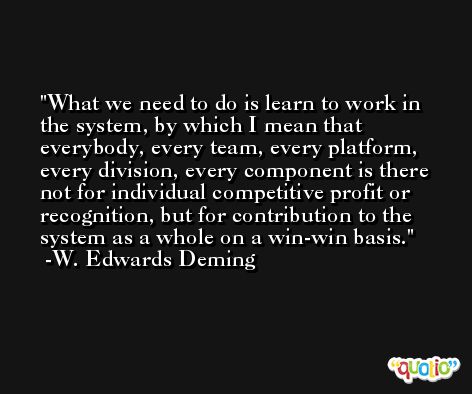 Does experience help? NO! Not if we are doing the wrong things.

It does not happen all at once. There is no instant pudding. 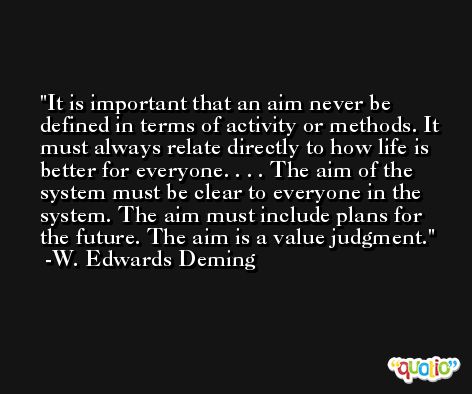 If you stay in this world, you will never learn another one.

If you can't describe what you are doing as a process, you don't know what you're doing. 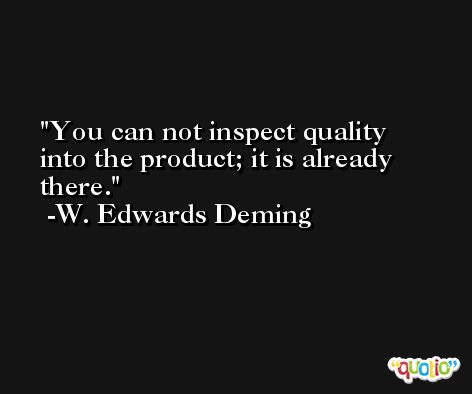