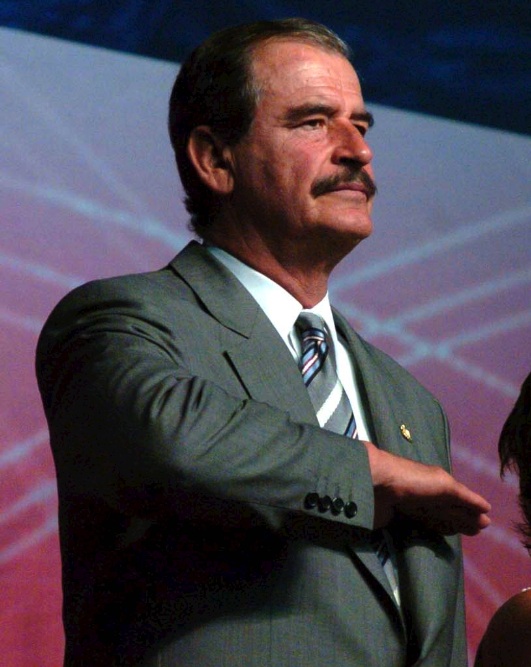 Fox was elected President of Mexico in the Mexican general election, 2000/2000 presidential election, a historically significant election that made him the first president elected from an opposition party since Francisco I. Madero in 1910 and the first one in 71 years to defeat, with 42 percent of the vote, the Institutional Revolutionary Party (PRI).

After serving as president of Mexico for six years, President Fox returned to his home state of Guanajuato, where he resides with his wife and family. Since leaving the presidency, Vicente Fox has been involved in public speaking and the development of the Vicente Fox Center of Studies, Library and Museum.

If you enjoy these quotes, be sure to check out other famous statesmen! More Vicente Fox on Wikipedia.

The important thing is that the worst is over, ... Now comes the reconstruction.

First dedicate all of their attention to protecting their lives, their health and their family members. 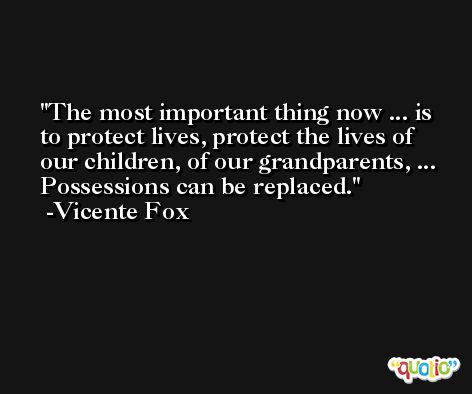 It's hard, it's so hard, ... I can understand why the people are crying. Why they yell for help.

Fortunately, the storm has passed, and now we can get to work. 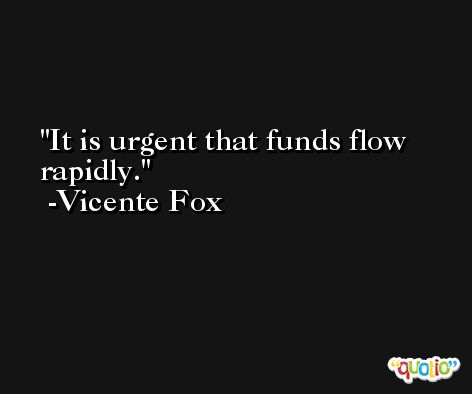 To be united, to be friendly, pays and pays well.

This is getting very powerful, very threatening. 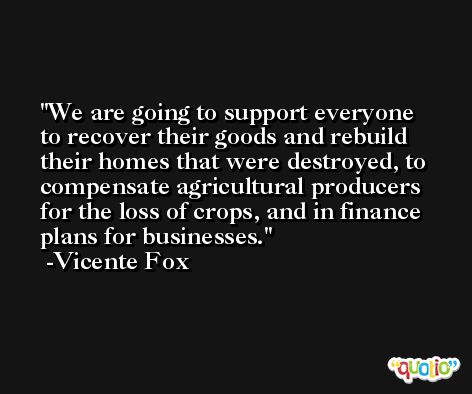