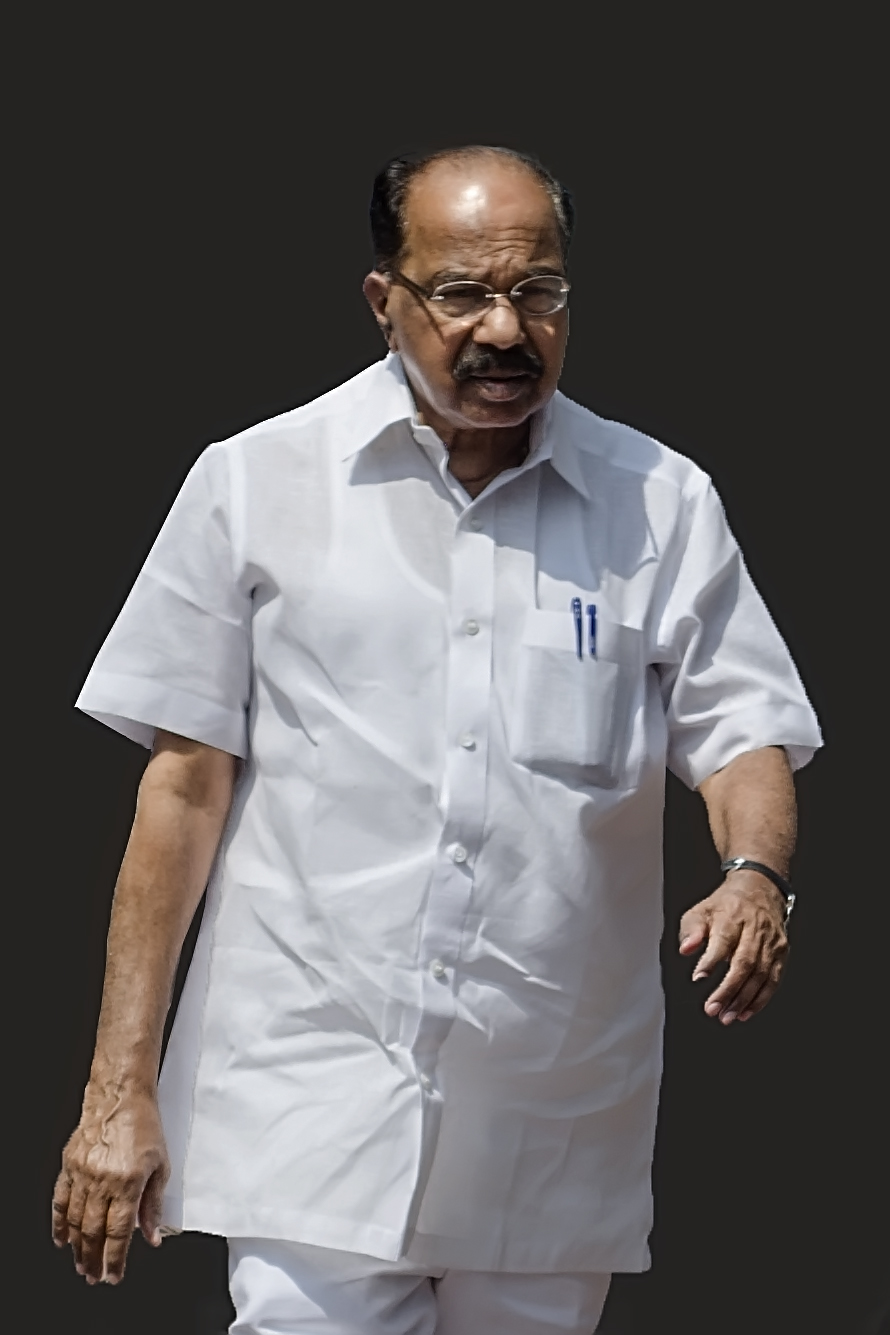 Moily was the former Chief Ministers of Karnataka/Chief Minister (and the first ethnic Tuluva CM) of the Indian state of Karnataka (19 Nov 1992 - 11 Dec 1994). He was elected to Karnataka state legislative assembly from Karkala constituency of Udupi district. he has now been selected as member of parliament from chikkabalapur consistency on 16 May 2014.

He is also currently serving as the All India Congress Committee General Secretary in charge of Andhra Pradesh. He is regarded as one of the senior members of the Congress Party, and a close adviser for the Congress Leader Sonia Gandhi.

We have reached an understanding. The details of the alliance will be worked out soon.

We held discussions again. We are quite hopeful that some settlement will come. 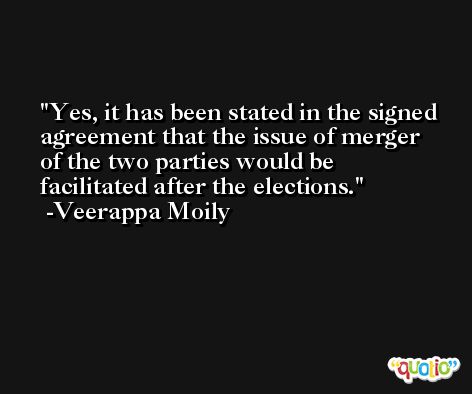 The talks are in the final stages and a decision will be made here itself in two days.

We have come out of the ice. As for the outcome, let it be a suspense. I am meeting him again tomorrow.