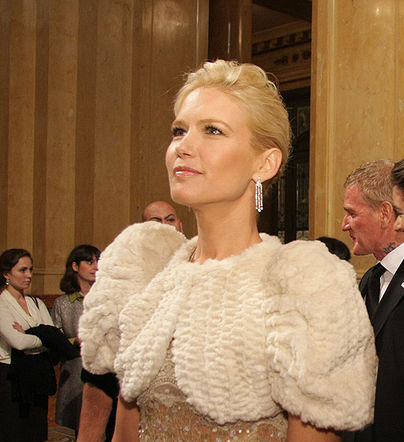 "Valeria Raquel Mazza" is an Argentine model and businesswoman. Considered by some as the first Latin American supermodel, Mazza rose to prominence in the 1990s and became a household name after appearing in the cover of the Sports Illustrated Swimsuit Issue of 1996 alongside Tyra Banks.

A model since age 14, Mazza has also worked as an actress, presenter and brand ambassador. As a businesswoman, she has released three perfumes, her own magazine, and created an eyewear company and production company. Once a student of occupational therapy, she also promotes humanitarian causes, and is noted for her work with the Special Olympics, UNICEF, and the Pediatrics Unit of the Austral Hospital in Pilar, Buenos Aires Province.

Mazza remains a leading figure in Latin American fashion, and is considered the most important fashion model in Argentine history.

If you enjoy these quotes, be sure to check out other famous models! More Valeria Mazza on Wikipedia.

There are only five top models in the world: Cindy Crawford, Naomi Campbell, Linda Evangelista, Christy Turlington and Claudia Schiffer.