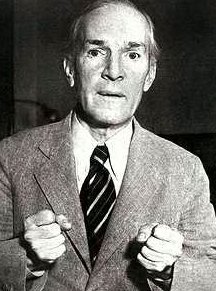 "Upton Beall Sinclair, Jr.", was an American author who wrote nearly 100 books across a number of genres. He achieved popularity in the first half of the twentieth century, acquiring particular fame for his classic Muckraker/muckraking novel, The Jungle (1906), which exposed conditions in the U.S. meat packing industry, causing a public uproar that contributed in part to the passage a few months later of the 1906 Pure Food and Drug Act and the Meat Inspection Act. In 1919, he published The Brass Check, a Muckraker/muckraking Exposé (journalism)/exposé of American journalism that publicized the issue of yellow journalism and the limitations of the “free press” in the United States. Four years after publication of The Brass Check, the first code of ethics for journalists was created. Time magazine called him "a man with every gift except humor and silence." In 1943, he won the Pulitzer Prize for Fiction.

If you enjoy these quotes, be sure to check out other famous writers! More Upton Sinclair on Wikipedia.

The private control of credit is the modern form of slavery.

Fascism is capitalism plus murder. 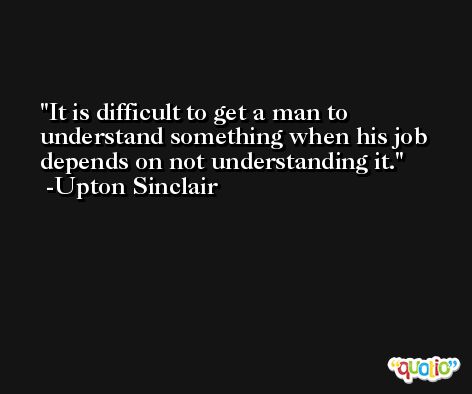 Consider Christmas—could Satan in his most malignant mood have devised a worse combination of graft plus bunkum than the system whereby several hundred million people get a billion or so gifts for which they have no use, and some thousands of shop clerks die of exhaustion while selling them, and every other child in the Western world is made ill from overeating—all in the name of the lowly Jesus?

In the twilight, it was a vision of power. 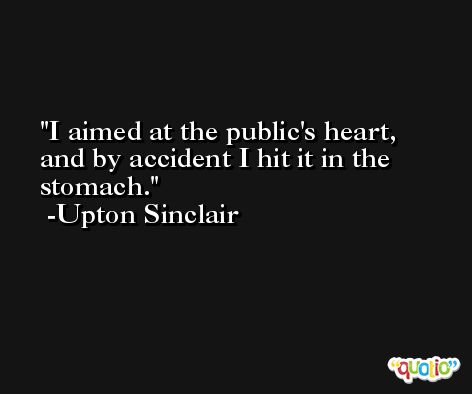 I just put on what the lady says. I've been married three times, so I've had lots of supervision.