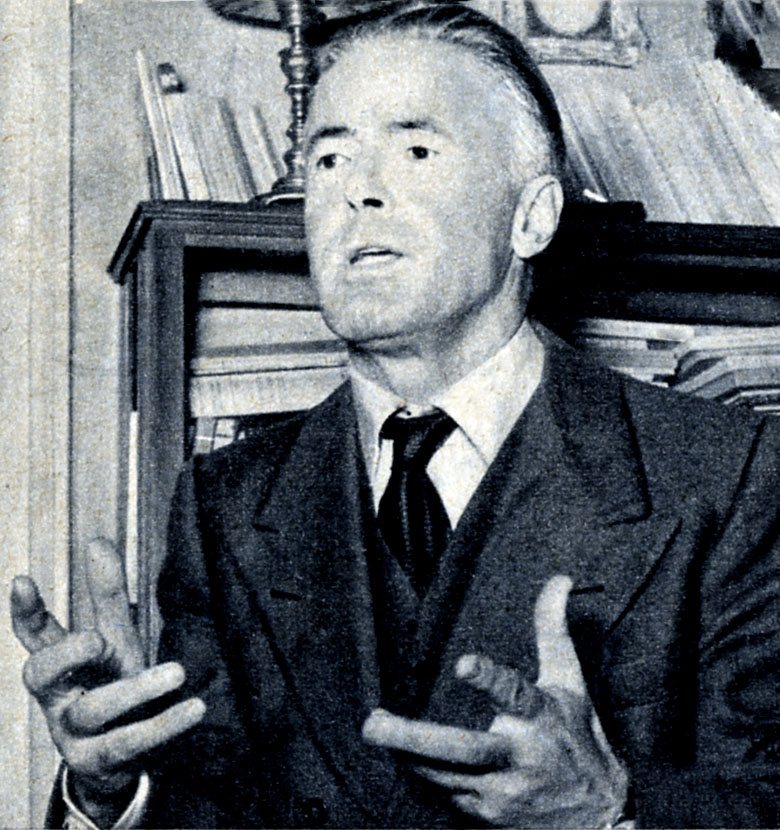 "Ugo Betti" was an Italy/Italian judge, better known as an author, who is considered by many the greatest Italian playwright next to Luigi Pirandello/Pirandello.

Betti studied law in Parma at the time when World War I broke out, and he volunteered as a soldier. After the war he finished his studies and became a judge. Writing in his spare time, he published his first collections of poems in 1922. These, titled Il re pensieroso (The Thoughtful King), were written while he was in German captivity from 1917 to 18. La Padrona, his first play, was first performed in 1927, and the play's success made him devote himself entirely to the theatre. In 1931 he moved from Parma to Rome. In 1938 he was accused by the fascists of being a Jew and an anti-fascist. After World War II, he was accused of being a fascist, but was cleared of all charges. In his later years, he worked at the library of the Ministry of Justice.

If you enjoy these quotes, be sure to check out other famous playwrights! More Ugo Betti on Wikipedia.

This free will business is a bit terrifying anyway. It's almost pleasanter to obey, and make the most of it.

At a given moment, I open my eyes and exist. And before that, for all eternity, what was there? Nothing. 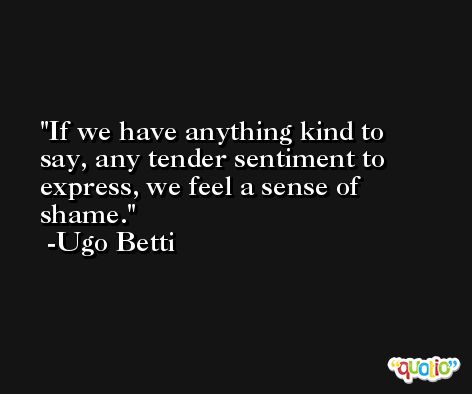 All of us are mad. If it weren't for the fact every one of us is slightly abnormal, there wouldn't be any point in giving each person a separate name. 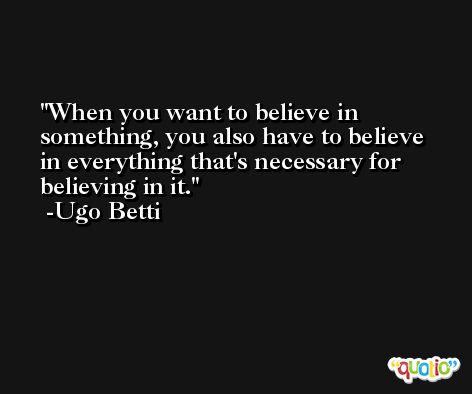 When I say I, I mean a thing absolutely unique, not to be confused with any other. 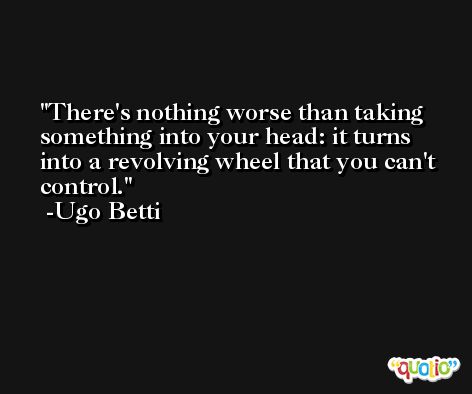 The first temptation, upon meeting an old friend after many years, is always to -- look the other way.