As a chef, I prefer fish over meat.

I really want people to walk away from the book with the idea that they can become kind of an intuitive cook. Instead of relying on the mathematics of, you know, 2/3 of a cup of this and a cup of this, to really be able to feel the recipe. 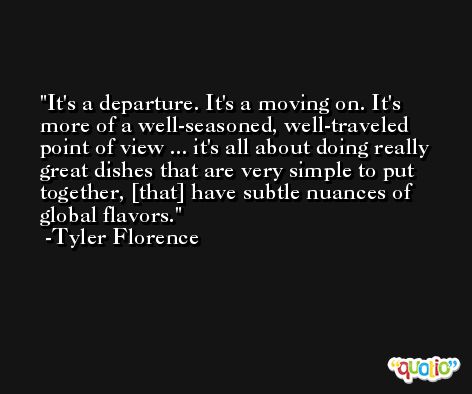 It's about how to make the best meat loaf or fried chicken or macaroni and cheese. It's about brilliant simple cooking, really.