"Troy Fitzgerald Brown" is a former NFL wide receiver, cornerback and punt returner in the National Football League. He was drafted by the New England Patriots in the eighth round of the 1993 NFL Draft. He played college football at Marshall Thundering Herd football/Marshall. On May 11, 2010, Brown was elected into the College Football Hall of Fame.

Brown played his entire 15-year career with the Patriots. He earned three Super Bowl rings with the team; he played on five of the seven Patriots teams to reach the Super Bowl, and he retired as the franchise leader in career receptions.

If you enjoy these quotes, be sure to check out other famous athletes! More Troy Brown on Wikipedia.

We just kept hanging in and fighting.

I looked back at Tom and he saw the same thing I did. 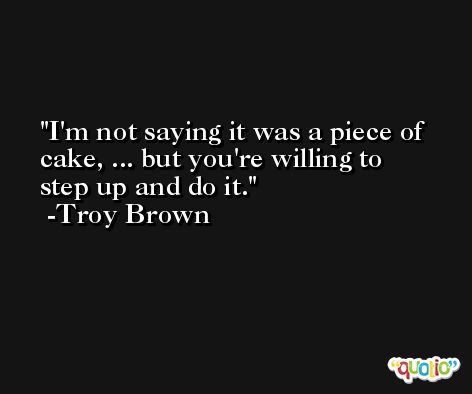 He's been a good friend and a good teammate for a long time. I wish him the best of luck.

We don't really care what the rest of the country thinks about us. 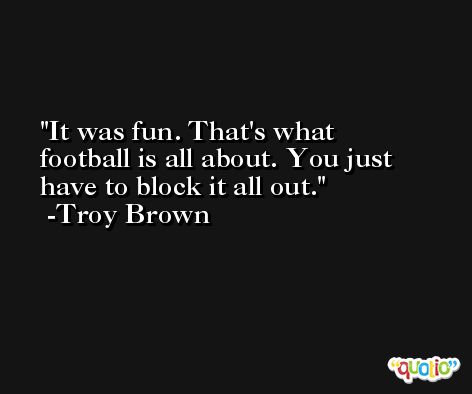 We got on a losing streak and dropped four in a row. Now we need to start us a winning streak.

It was a rough week, ... But we proved we can handle adversity. We have good team unity and I think it showed (Friday night). 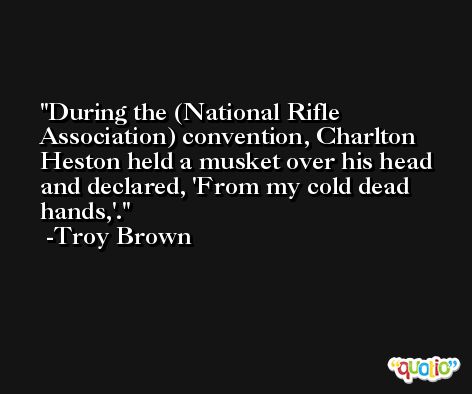