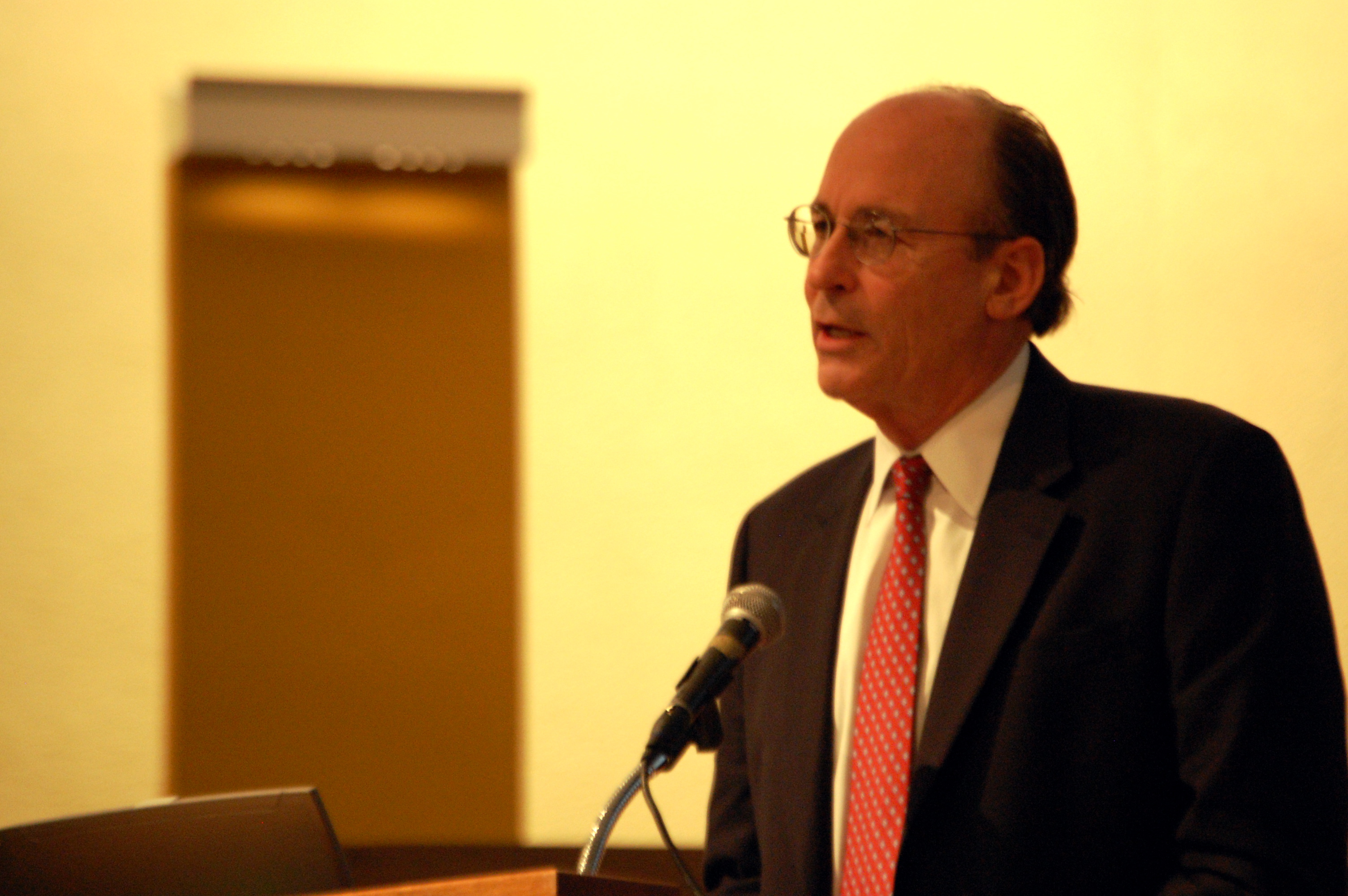 "John Tracy Kidder" is an American writer of nonfiction books. He received the Pulitzer Prize for his The Soul of a New Machine (1981), about the creation of a new computer at Data General/Data General Corporation. He has received praise and awards for other works, including his biography of Paul Farmer, a doctor and anthropologist, titled Mountains Beyond Mountains (2003).

He has cited as his writing influences John McPhee, A. J. Liebling, and George Orwell. In a 1984 interview he said, "McPhee has been my model. He's the most elegant of all the journalists writing today, I think."

Kidder wrote in a 1994 essay, "In fiction, believability may have nothing to do with reality or even plausibility. It has everything to do with those things in nonfiction. I think that the nonfiction writer's fundamental job is to make what is true believable."

If you enjoy these quotes, be sure to check out other famous writers! More Tracy Kidder on Wikipedia.

If you had an essentially happy childhood, that tends to dwell with you.

Continuity is one of the things I like about New England. 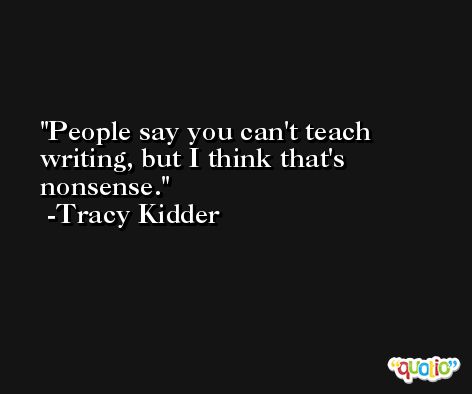 We shouldn't forget how terrifying untamed landscape was to early settlers. From their perspective, mankind was put here in the New World to conquer the wilderness.

The world doesn't make much sense to me generally. I don't feel like I'm good at that. 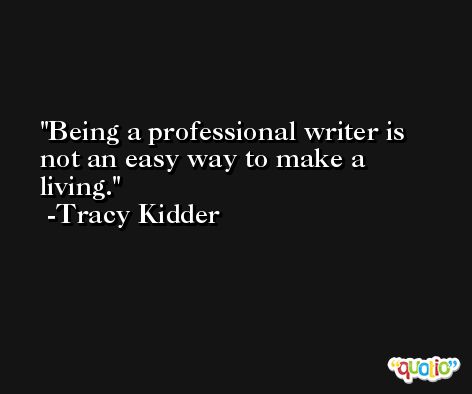 Memory is so much a part of imagination, so plastic, so wonderfully plastic. 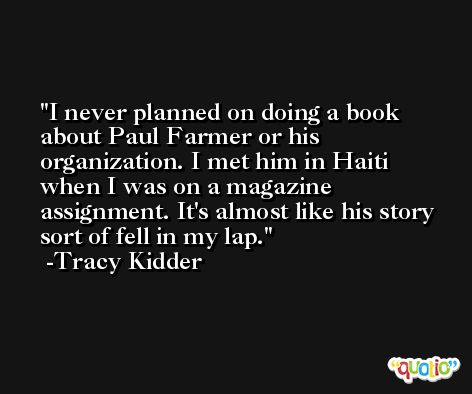